San Diego pilot flying around the world is grounded in Spain

Robert DeLaurentis is attempting to fly from the South to the North Pole in the name of peace but is currently stuck just outside of Barcelona. 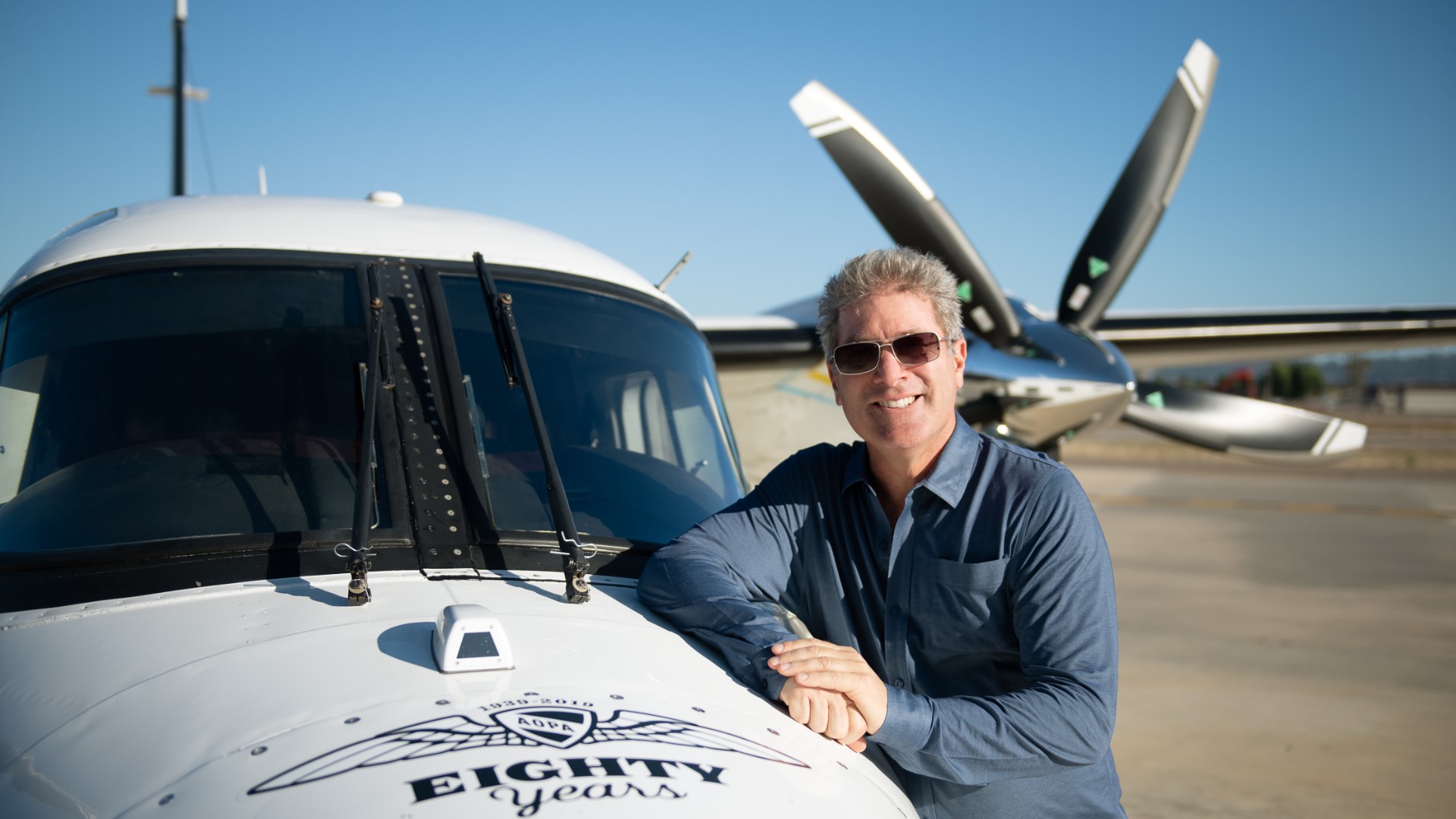 BARCELONA, Spain — The coronavirus pandemic has changed the plans of people across the world and that includes a pilot who in the middle of his journey to fly around it.

In this Zevely Zone, I called Spain to catch up with the man known as the Zen Pilot.

"So you are stuck in Spain?" I asked via a Zoom call.

"Yeah, you know I've been kicked out of two places where I was staying. I am at the third place, and luckily where I have ended up is in the mountains, the coast," said Robert DeLaurentis.

The San Diego pilot and his plane 'Citizen of the World' are both grounded just outside of Barcelona.

I met Robert last fall at Gillespie Field just before he embarked on a five-month expedition that would take him to the South Pole, then to the North Pole, and home again.

"Are you still hoping to finish the mission?" I asked Robert this week.

He told me, "Absolutely. We are 100% dedicated to finishing the mission."

Robert never dreamed his trip would be interrupted by a pandemic. This even tops the time in 2015 when engine failure at 14,000 feet forced Robert to coast without power for 20 miles. He showed me a picture following that emergency landing.

"They ask me, is that the V for victory, and I say no that's the oh my god, I'm alive," said Robert.

COVID 19 has given us all a new reason to appreciate life, Robert included.

"What I am very focused on is gratitude because I've been on the road for so long," said Robert.

Like so many of us, Robert said being quarantined has allowed him to focus on the small things like food in the refrigerator and a bed to sleep in.

"I am spending some time in silence," said the Zen Pilot.

He named his plane Citizen of the World not knowing he'd be flying around it watching billions of people unite.

"I think that we as a planet we need to join together and work towards a common solution, and this is forcing us to do that because no one country can resolve the issue. We have to do the work together," said Robert.

Best case scenario, Robert hopes to make it home in two months. The money raised from his flight will help children learn how to fly.