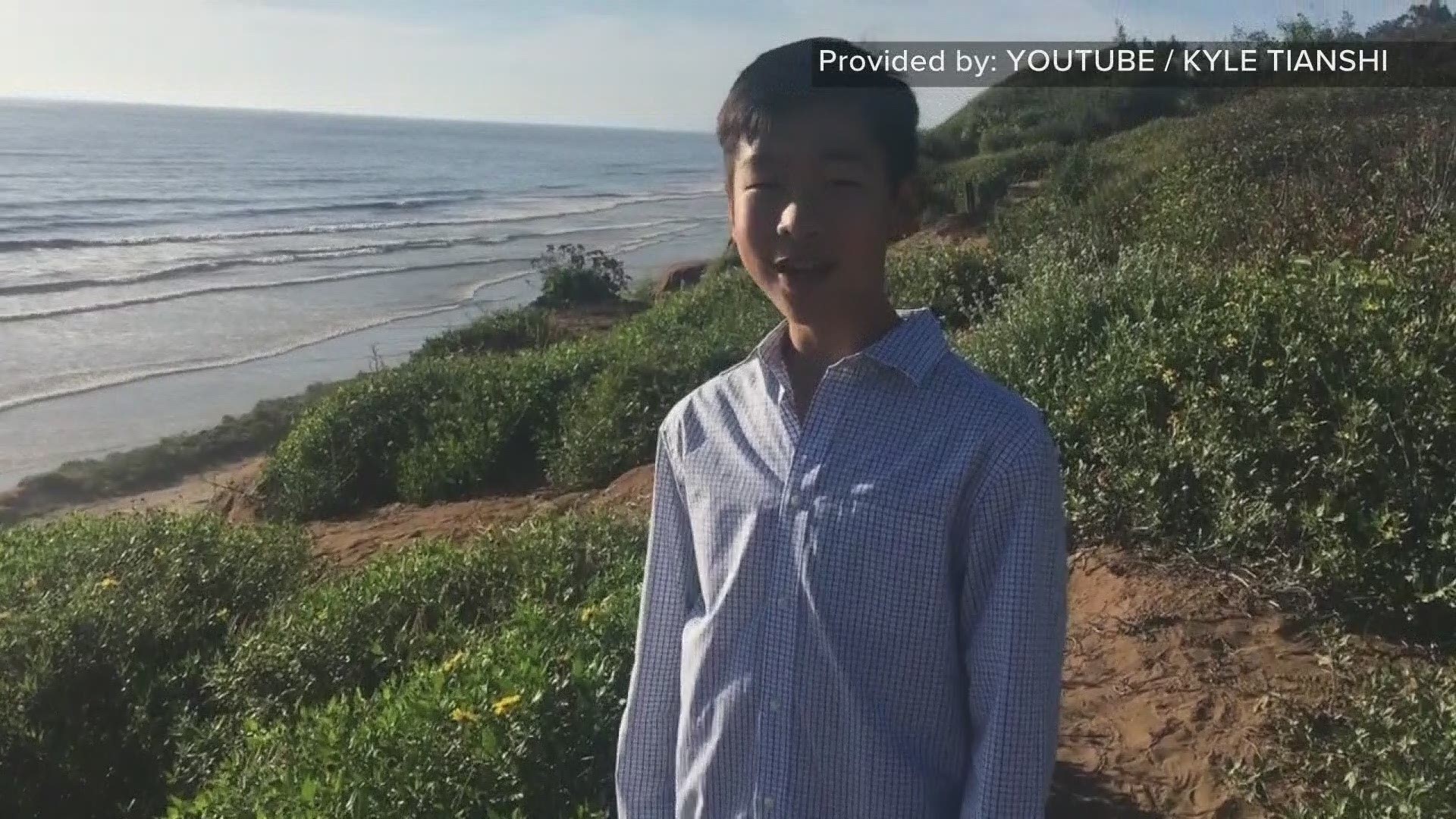 SAN DIEGO — A 14-year old San Diego science student could become "America's Top Young Scientist." In this Zevely Zone, I went to Del Mar to meet a high school freshman trying to save the planet with his many talents.

"Micro-plastic contamination has been found polluting both the ocean and other water sources," said Kyle Tianshi. He is a 14-year old boy who wondered just how much plastic is in the water we swim in and drink.

"So this is the container I use to hold my water sample," said Kyle. The freshman at The Cambridge School invented a portable microscopic particle meter that' s so impressive he's one of ten finalists in the 3M Young Scientist Challenge.

These are some of the smartest children in the United States and when Kyle heard his invention could possibly win?

"It was one of the best experiences of my life hearing that," said Kyle.

He will now compete for 25-thousand dollars and partner with a 3M scientist on a prototype that all started with an idea that came to Kyle during a camping trip.

"During the night when I ran around in the dark with a flashlight I discovered you can see all of the dust particles flying around inside the beam of the flashlight," said Kyle.

When Kyle beams a laser into contaminated water, a microscope displays these green specs called T.S.S. or Total Suspended Solids. "I have both successfully designed both the hardware and the software for my microscopic particle meter," said Kyle.

He also launched a non-profit organization to spread awareness about the global water crisis. Which brings us back to the invention that could make him "America's Top Young Scientist."

I asked him, "If you win the 25-thousand dollars what will you do with the money?"

I said, "You could get yourself a car." He thought for a moment then responded, "Maybe a sushi dinner would be a more feasible goal."

This year's finalists, four girls and six boys ranging in age from 12-14 identified an everyday problem they're passionate about and submitted a one- to two-minute video communicating the science behind their solution to solve the problem.

The top 10 2020 3M Young Scientist Challenge finalists include students from public and private schools across America. Each finalist will receive $1,000 and the opportunity to work virtually with a 3M scientist who will mentor them as they evolve their invention from idea to prototype.

RELATED: The stage is set for local child actor to hit it big

Kyle is a student at The Cambridge School. He wants to someday attend Stanford.  The 3M Young Scientist Challenge will be chosen in October.