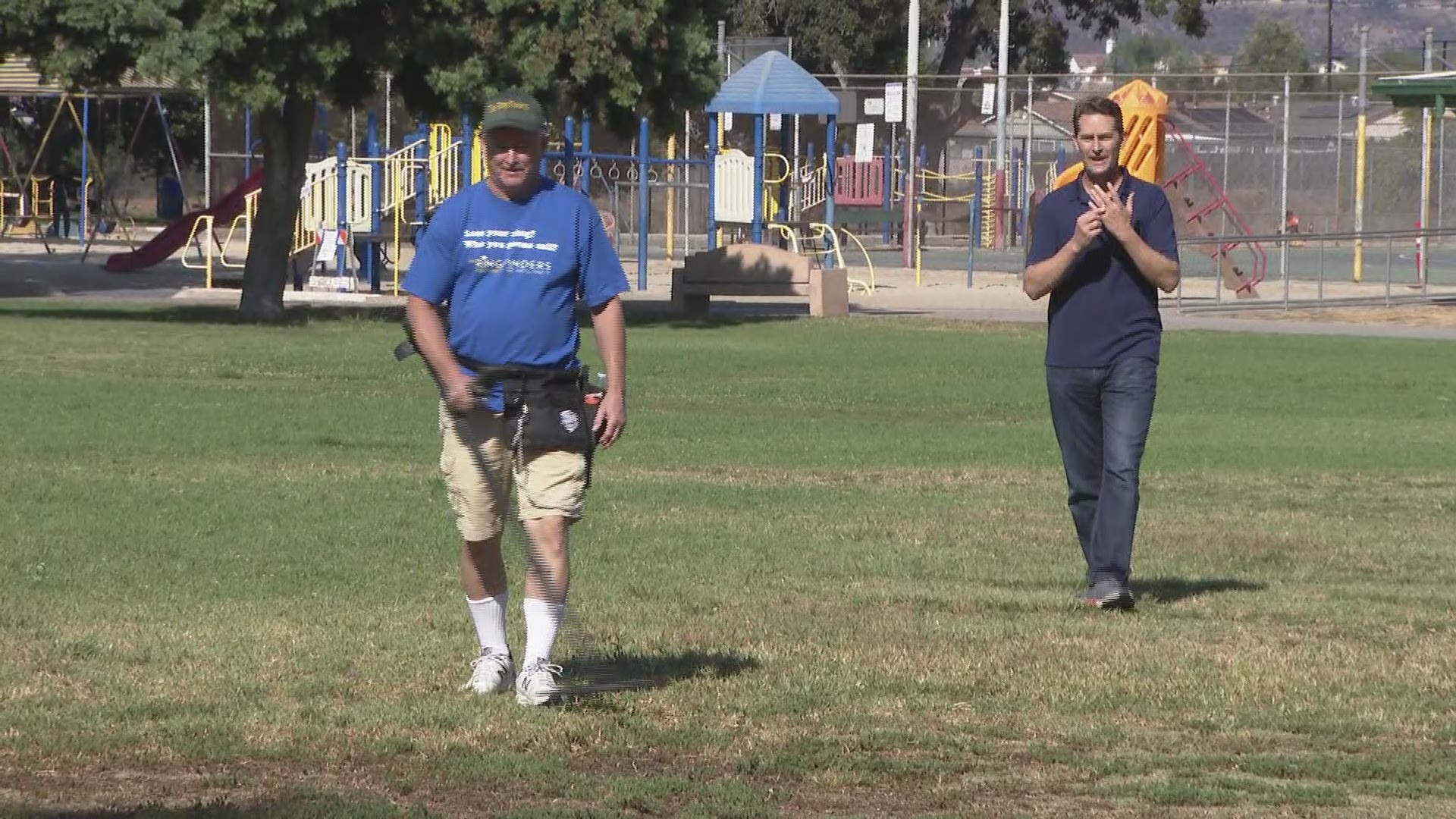 SAN DIEGO — A couple of weeks ago, the actor and comedian, Jon Cryer lost his wedding ring in Vancouver, British Columbia and was desperate for help.

In this Zevely Zone, I met the "The Ring Finders" who say they can help you too in your time of need.

I asked him, "How many rings have you found?" Mark, who met me at a park with his metal detector, told me, "Oh, my goodness I lost count after a thousand!"

Mark is a member of The Ring Finders.

The founder of the organization is Chris Turner who has a San Diego connection.

"He does he told me he played for the San Diego Sockers I believe it was back in the 80's," said Mark.

Chris was a professional goalkeeper who now lives in Vancouver, British Columbia.

Foe the rest of this story we have to watch Chris' YouTube video where he says, "Just behind me a young man lost his ring he was walking. He didn't feel it come off, but he heard it. He could find it, it was dark."

That young man just happened to be actor and comedian Jon Cryer who was visiting British Columbia.

In the YouTube video Cryer explained, "I lost my wedding ring. I've been married for 12 years and I was just walking along this seawall here. It was raining and it was nighttime, and I heard a ping behind me and I realized that it wasn't on my finger anymore and panicked and looked around in the rain and got soaked and was incredibly late to the place I was going and just had given up."

That's when Cryer called Chris who searched a narrow strip of grass.

Chris then said in his video, "Hey guys, Jon is just over there, and he is walking down looking between the cracks and I found his ring."

He approached Cryer and said, "How does this feel?"

Whether you're in Canada or California, The Ring Finders motto is, "You lost it. We'll find it."

You know you're good when you can make Jon Cryer, all smiles. "Yes, that's for sure," said Mark.

RELATED: Lost and Found: Family gets their GoPro and their memories back