You may recall about a year ago when Jeff buried a fork in a park with two brilliant business men. The Oceanside company is called Twenty Fifty Fork. 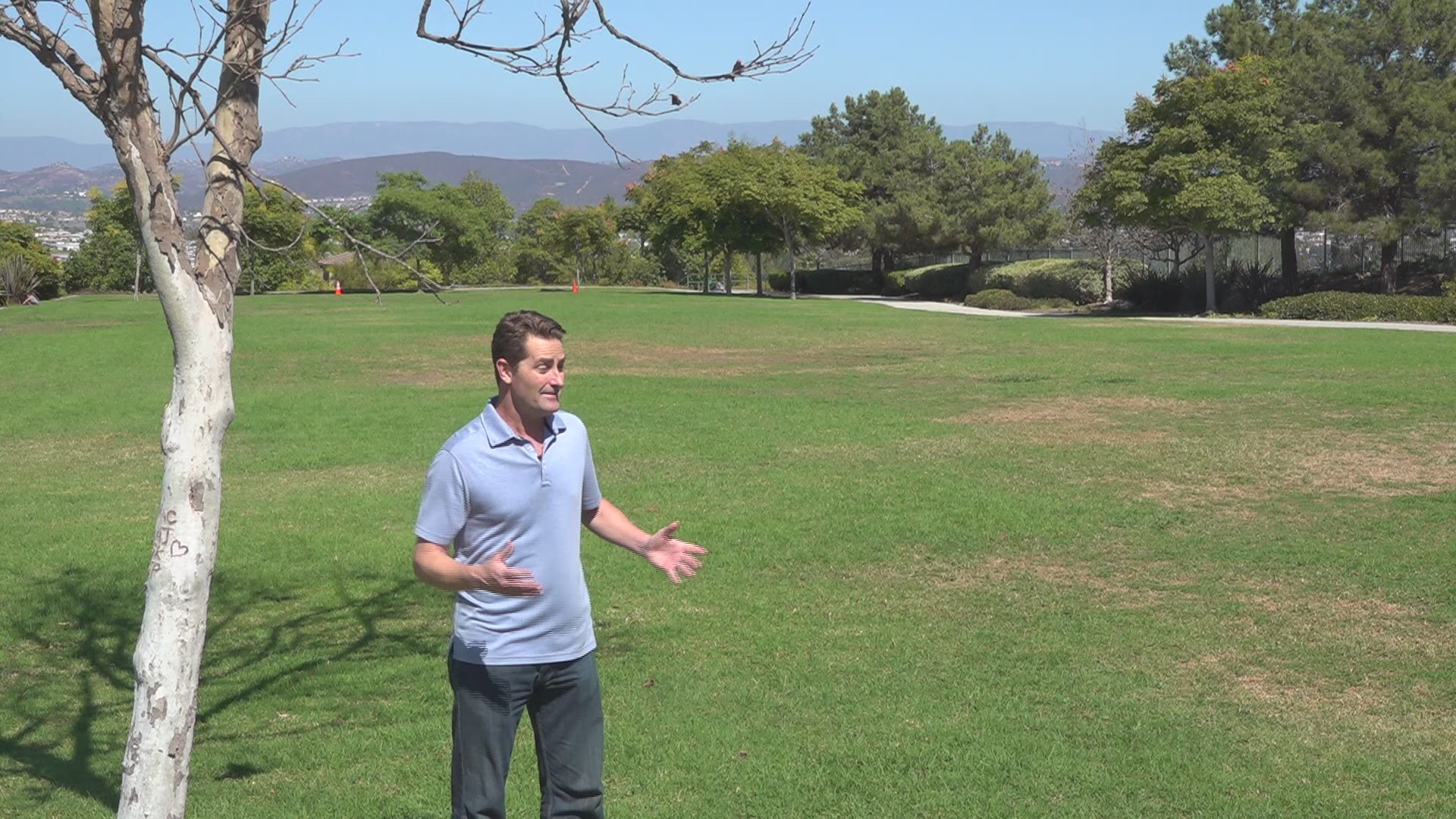 A lot of times you hear about biodegradable products that are supposed to turn to compost, but how do we really know these products perform as promised? In this Zevely Zone, I went to Simmons Park in San Marcos for a fork follow up.

You may recall about a year ago when I buried a fork in a park with two brilliant business men. The Oceanside company is called TwentyFifty Fork.

"This is my spoon," I said last fall when I met with the business owners to try out their product.

They make compostable cutlery made from grain and after our picnic last year I asked, "So when we are done with these do we throw them in the trash or in the garden?"

The company is named TwentyFifty because that's the year some researchers predict pieces of plastic will out number the fish in the sea.

"There is going to be more plastic in the ocean than fish," said Albert.

He and Zack Kong, the founder of Twenty Fifty Fork, told me that utensil I buried would decompose within thirty days.

More than year later, I returned to the same spot.

Every time I drive by this park I have thought to myself, 'I should go dig that fork up.' Now I am going to do just that and I brought the best digger I know, my Labradoodle named Raleigh.

"Dig," I said to my puppy pointing at the spot where I buried the fork.

Raleigh just stared at me with a blank stare so I picked up my shovel.

"You'll dig dozens of holes in our backyard but won't dig when we actually need you to dig - you just sit there in the shade," I told Raleigh.

I decided to call Albert Liu and ask him what he thought I'd find under that tree.

I told him it's been over a year to which he said, "I don't think there is going to be anything left."

Albert says it's been a successful year for TwentyFifty, the company was named a finalist for a prestigious Nexty Award for its role in a growing movement.

"Cities in San Diego County are starting to not only limit the use of single use plastics and bags and cups and plates but now recently Solana Beach was the first to enact a ban on single use utensils too," said Albert.

The company's video states, "In the US alone 40 billions utensils go to waste every year and a lot litter the earth."

The compostable fork I ate with was buried under a tree. I have video of the very spot and was careful to dig in the exact same spot. 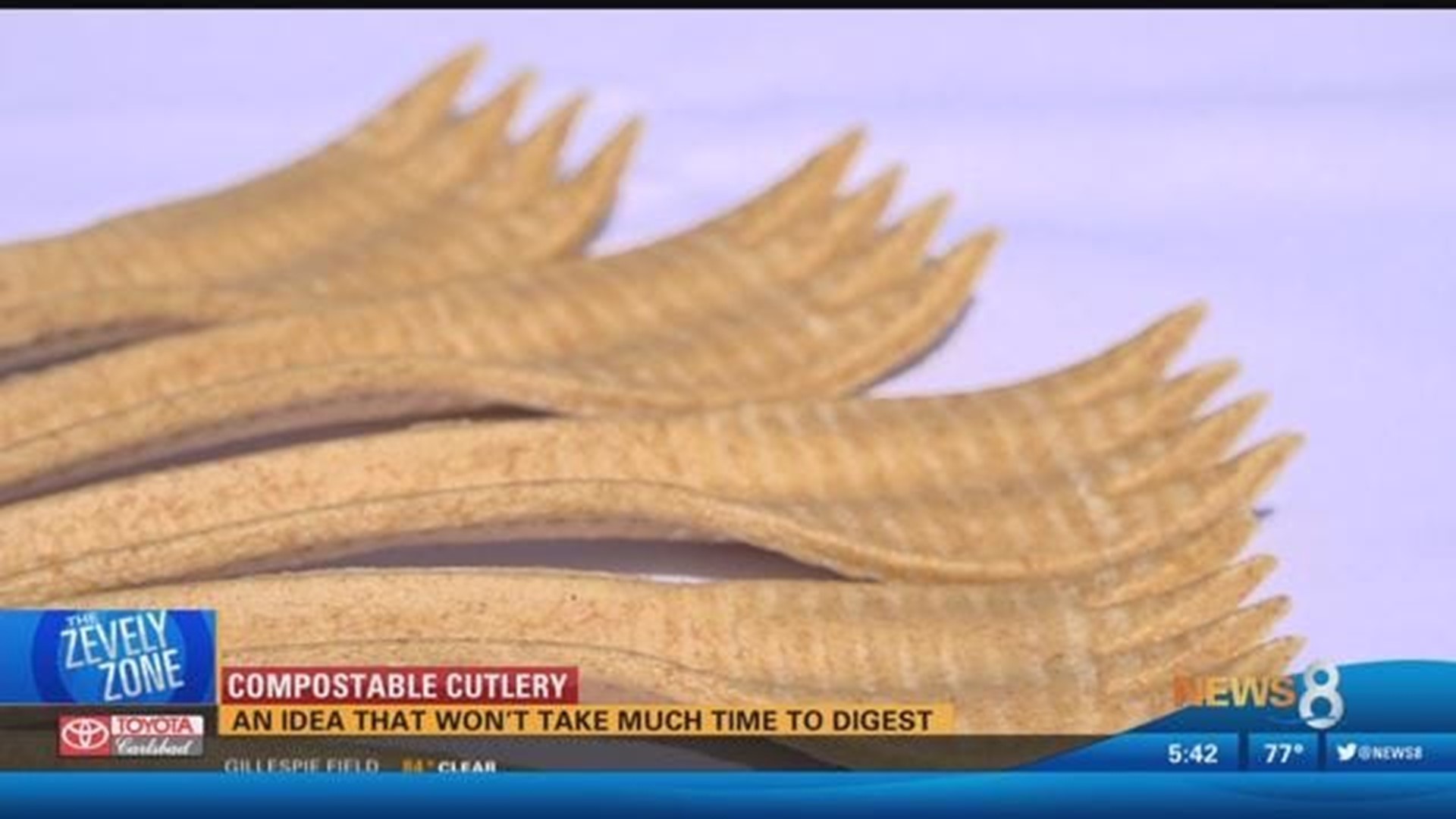 I scooped up a shovel full and said, "Alright let's see what we got here."

As I sifted through the dirt, my dog Raleigh stole my leather work glove and chewed it up. I guess that his way of giving me a hand.

In the end for me, finding nothing was really something.

All the pay dirt I needed was knowing the fork - unlike plastic - wasn't rotting in the soil.

"The fork is gone it's been returned to the earth," I said with a smile.

I then looked at my dog and said, "You weren't very much help today were you?"

Click here to learn more about Twenty Fifty Fork and their products.