Merritt supported his head on his fists and closed his eyes as the verdicts were read. He also spoke briefly to his attorney. 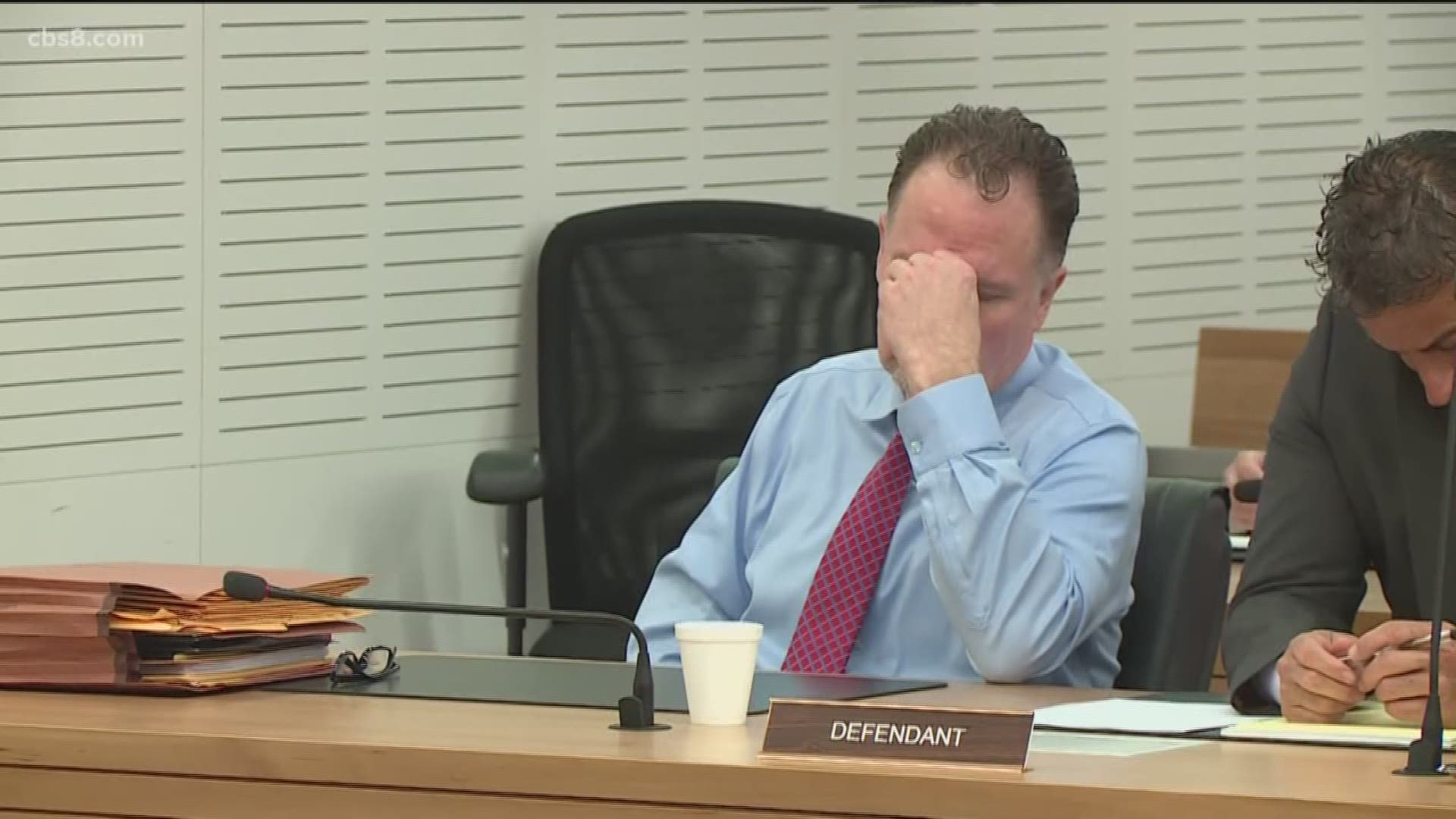 SAN BERNARDINO, Calif. (AP) — A jury on Monday recommended the death penalty for a Southern California man convicted of killing a family of four with a sledgehammer and burying their bodies in shallow desert graves.

Jurors in San Bernardino made the recommendation for Charles "Chase" Merritt, 62, in a case that puzzled investigators for years after a couple and their two young sons vanished from their home in 2010. Their bodies were found three years later.

Merritt supported his head on his fists and closed his eyes as the verdicts were read. He also spoke briefly to his attorney.

He was convicted this month of the murders of his former business associate Joseph McStay, McStay's wife Summer, and their 4- and 3-year-old sons, Gianni and Joseph Jr.

Merritt had pleaded not guilty and his lawyers didn't offer witnesses during the penalty phase of his trial, insisting he is innocent.

San Bernardino County Superior Court Judge Michael A. Smith set a Sept. 27 hearing to formally sentence Merritt. He thanked the jurors after the verdicts were read, saying he knew the decision was "extremely difficult."

Authorities said they believed Merritt killed the family as McStay was cutting him out of his business making and selling custom water fountains. When the family disappeared, there were no signs of forced entry at their San Diego County home and their car was found parked at a strip mall near the Mexico border.

For years, no one could figure out what happened to them. In 2013, their bodies were found in shallow graves in the desert after an off-road motorcyclist discovered skeletal remains in the area. Authorities also unearthed a rusty sledgehammer that they said was used to kill the family.

Merritt was arrested the following year. Authorities said they traced his cellphone to the area of the desert graves in the days after the family disappeared and to a call seeking to close McStay's online bookkeeping account. Merritt also had referred to McStay in the past tense during an interview with investigators.

Authorities concede the case against Merritt largely focused on circumstantial evidence and that questions remain about what happened at the McStay home.

During the trial's penalty phase, prosecutor Britt Imes asked jurors to consider any possible motive for the killing of two young boys, whether they could have been witnesses to the murder of their parents or simply victims of callous killings.

"There is no motive that can be ascribed to the killer of a 4-year-old and a 3-year-old that passes muster," he said.

Merritt's attorneys didn't call any witnesses during the penalty phase, instead appealing to any lingering doubts jurors may have had about killings they say their client didn't commit.

California has not executed anyone since 2006. Voters approved a ballot measure to speed up executions in 2016, but Gov. Gavin Newsom this year placed a moratorium on executions while he's in office.