Assemblyman Todd Gloria co-authored a bill that passed the California Senate that would allow adults to ride motorized scooters, like dockless ones seen on streets across the county, without a helm... 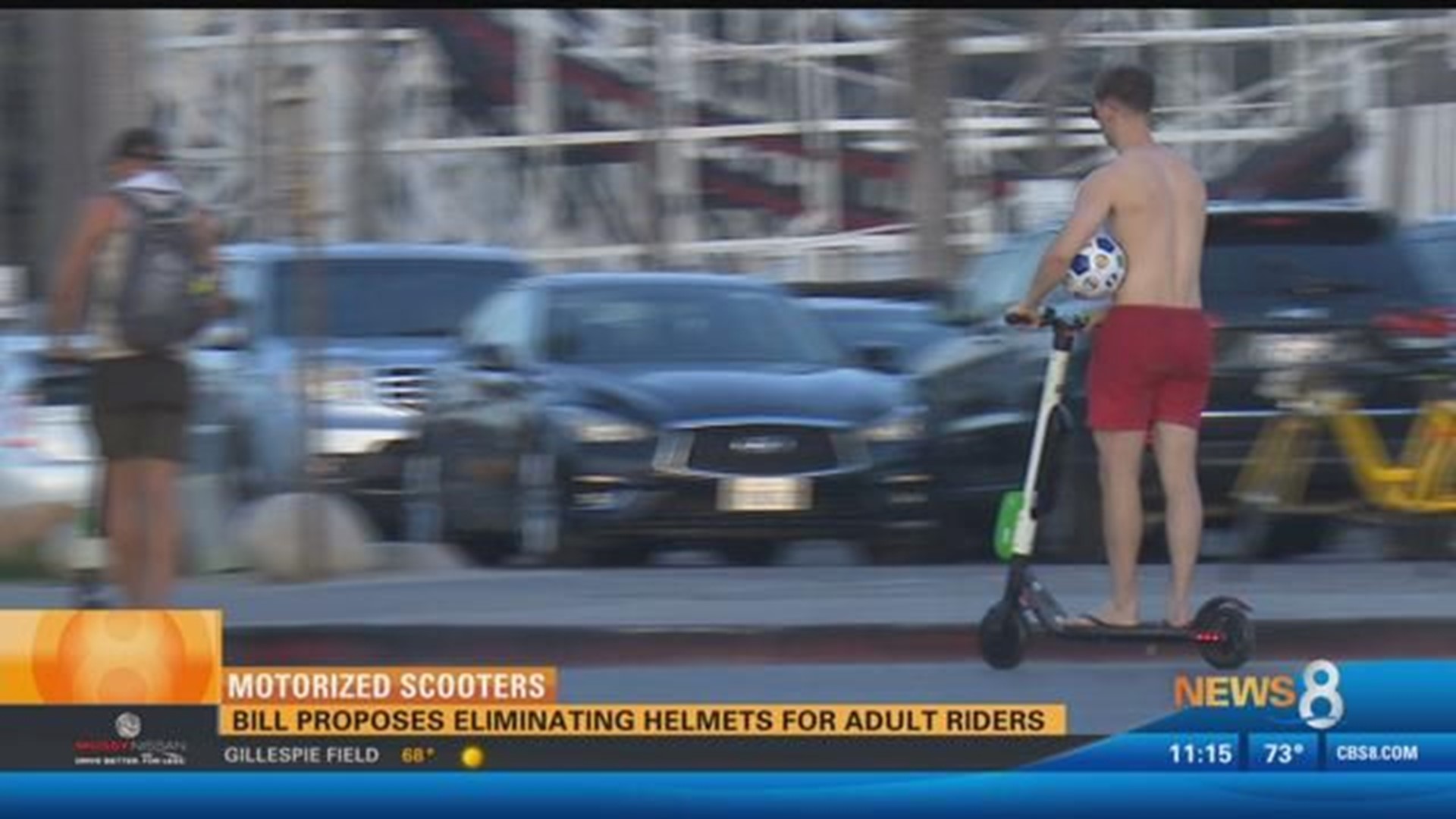 SAN DIEGO (NEWS 8) – Assemblyman Todd Gloria co-authored a bill that passed the California Senate that would allow adults to ride motorized scooters, like dockless ones seen on streets across the county, without a helmet.

Currently, riding a scooter without a helmet could cost riders a $200 fine – making the low fare not worth the trouble. Lawmakers in support of the recently passed bill believe it would entice more riders put rules in place to keep them safe.

“This bill puts forward a number of rules that gives us a legal structure that not only allows for them to operate legally, but also to enforce and make sure the rules are followed,” said Gloria.

If you thought there a lot of dockless scooters, Lime bikes rolling around downtown or at the Mission Beach boardwalk, Assembly Bill 2989 may cause you to see more.

The headline provision in the bill would allow for scooter operators over the age of 18 to bypass a helmet. According to Gloria, for adults to know there is no fine coming their way will encourage more riders to hit the road.

“That mirrors what has long been our policy when it comes to bicycles and again this has been the process when we take this new technology and fit it into our vehicle code,” said Gloria.

Some riders News 8 spoke with on Friday did not even know there was a potential fine for not donning headgear. One rider said it is not exactly convenient for people to carry around helmets between rides.

“When you log into the app it gives you all the instructions and it does recommend wearing a helmet. So, it’s up to you if you choose not to,” said a rider.

If passed, the bill would also cap dockless scooter speeds at 15-MPH, and prohibit scooters from hitting the sidewalk.

“We are tackling this on my front end so that we can address those things. That way law enforcement have rules of the road they can clearly enforce. Users will know what is expected of them and community members can help enforce with that as well,” said Gloria.

The bill still needs to head to the governor's desk.