Baffert and jockey John Velazquez won back-to-back Derbies, having taken last year's edition with Authentic without spectators in the stands because of COVID-19. 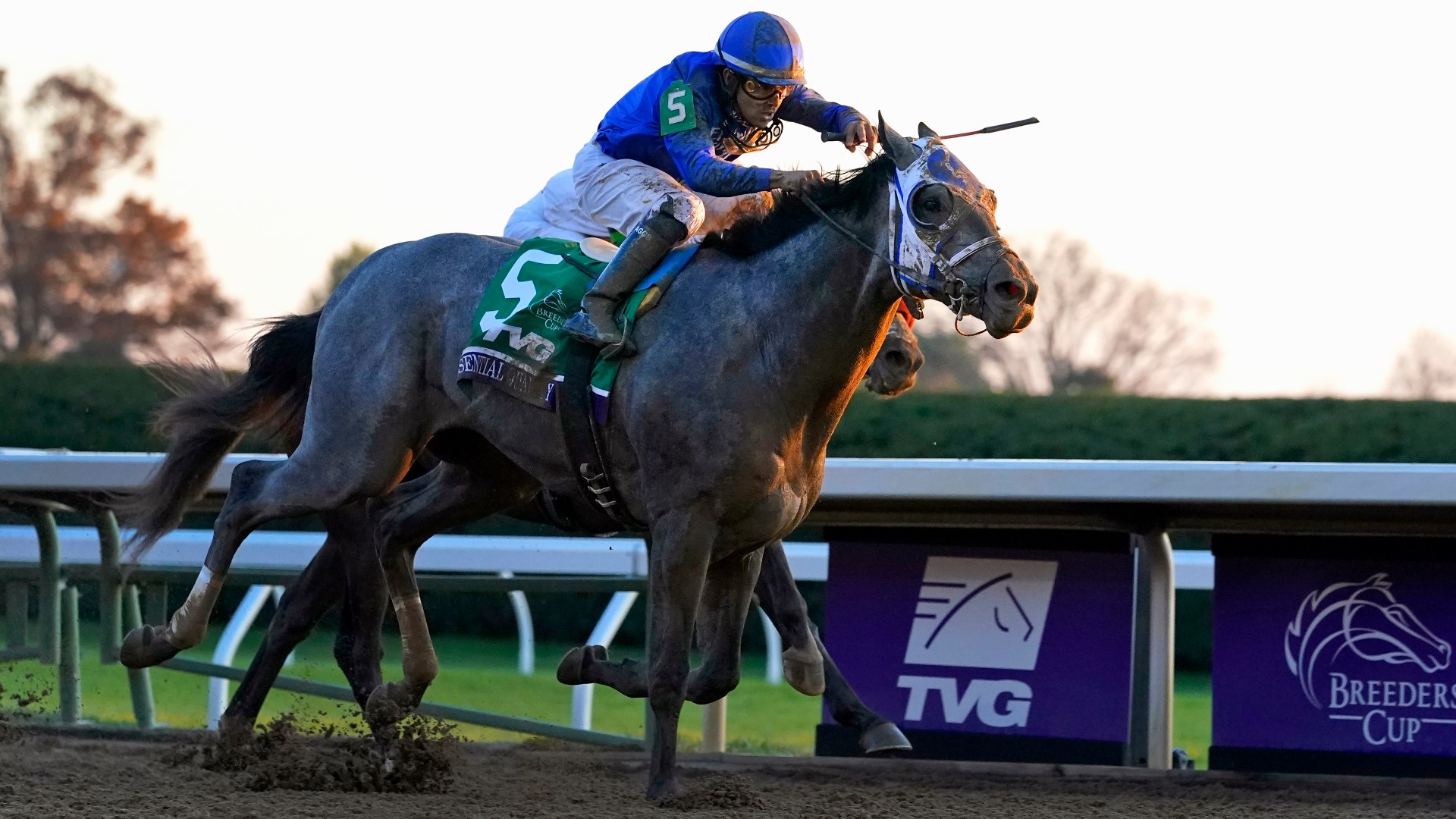 LOUISVILLE, Ky. — Medina Spirit fought off three challengers in the stretch to win the Kentucky Derby by a half-length on Saturday, making Bob Baffert the winningest trainer in the race’s 147-year history, with seven victories.

Jockey John Velazquez earned his fourth Derby victory on Saturday aboard the dark brown colt that was purchased as a yearling for $1,000 and cost current owner Amr Zedan $35,000.

Baffert punched his right arm in the air after watching the finish on the video board in the paddock. He was swarmed by his wife, Jill, and youngest son, Bode, with celebratory hugs.

It wasn't false modesty. Baffert had been low-key about his chances after two of his best horses — Life Is Good and Concert Tour — were derailed along the Derby trail.

“I cannot believe he won this race,” the trainer said. “That little horse, that was him, all guts. He's always shown that he’s been an overachiever. His heart is bigger than his body.”

Medina Spirit has never finished worse than second in six career starts and two of his three losses came to Life Is Good, who likely would have been the Derby favorite had he not been injured.

“He doesn’t know how much he cost,” Baffert said, “but what a little racehorse.”

Thundering down the stretch, Medina Spirit was pressed by Mandaloun on his outside. Hot Rod Charlie was coming fast outside of Mandaloun, with Essential Quality giving chase on the far outside.

Credit: AP
Medina Spirit, right, with John Velazquez aboard, leads the field around the first turn on the way to winning the 147th running of the Kentucky Derby at Churchill Downs, Saturday, May 1, 2021, in Louisville, Ky. (AP Photo/Michael Conroy)

“I kept waiting for all those horses to pass him,” Baffert said. “When he got to the eighth pole, we said, ‘This guy has got a shot.’”

Mandaloun — one of Louisville trainer Brad Cox's two entries — finished second and returned $23.00 and 13.40. Hot Rod Charlie, partly owned by five former Brown University football players, was another half-length back in third and paid $5.20 to show.

Baffert won back-to-back, having tied Ben Jones with his sixth victory last year when the race was run in September without spectators because of the coronavirus pandemic. Velazquez became the first jockey to win consecutive Derbies since Victor Espinoza in 2014-15. The 49-year-old rider also completed the Kentucky Oaks-Derby double for the first time since Calvin Borel in 2009, having won the race for fillies on Friday.

The Derby went off on a sun-splashed day with attendance of 51,838 — about 100,000 fewer than usual. Fans were told to wear masks inside the track, but plenty of them did not.

What does the winner of the Kentucky Derby receive?

In addition to a blanket of hundreds of red roses, the winner for the day will receive the Kentucky Derby Trophy and will be given an honors spot in the Winner's Circle. This year, the Derby purse has reached $3 million. That means the winner will take home over 60% of that amount, which is about $1.86 million, according to CNBC.

How many races are there on Derby day?