Airlines are stepping up security and banning passengers from checking guns on flights to Washington-area airports before next week's presidential inauguration. 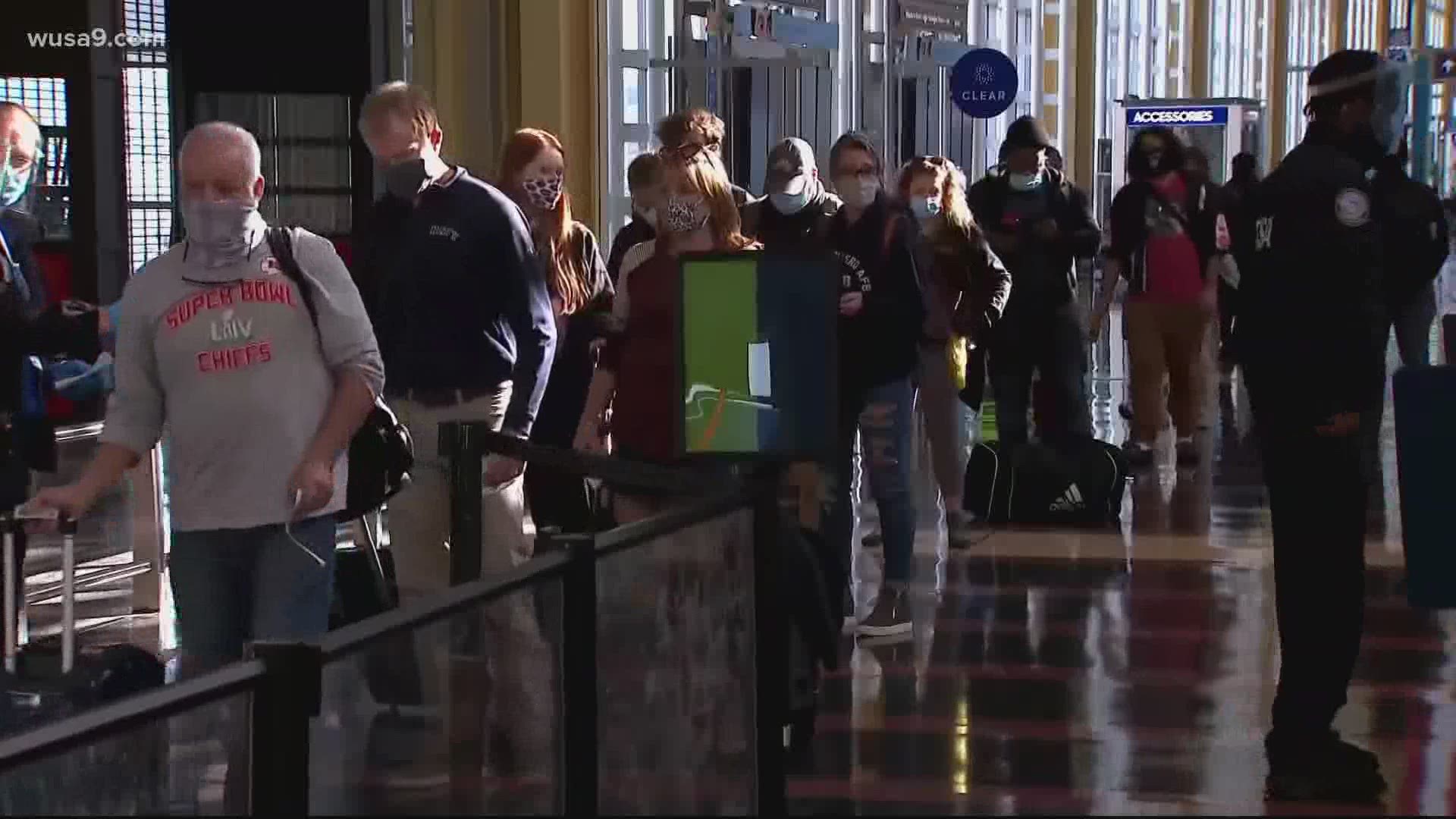 WASHINGTON — Delta, United, Alaska and American Airlines say they will prohibit passengers flying to the Washington metropolitan area from putting firearms in their checked bags on flights ahead of President-elect Joe Biden's inauguration.

The new restrictions come in the wake of last week's deadly riot at the U.S. Capitol by pro-Trump supporters. The FBI has warned that armed protests are being planned in most state capitals and in the nation's capital for the days leading up to the inauguration.

Delta was the first to announce its ban Thursday morning. United, Alaska. American and Southwest all followed suit throughout the day.

Each airline said their bans on checking guns for flights to Washington-area airports starts Saturday and runs through Saturday, Jan. 23.

Delta CEO Ed Bastian told CNBC that “we’re all on high alert based on the events over the last couple of weeks in Washington."

The Federal Aviation Administration has said it is stepping up enforcement against unruly airline passengers after incidents on flights to and from Washington, D.C., around the time of the U.S. Capitol riot.

The FAA said unruly passengers will no longer just get warnings. Instead, it will launch legal enforcement that can includes fines up to $35,000 and jail time for passengers who assault or threaten airline crews or other passengers.

American Airlines is also bringing back a ban on serving alcohol on flights to and from the Washington area — flights go dry starting Saturday through next Thursday. Several airlines are moving crews out of downtown Washington hotels for their safety.

The Associated Press contributed to this report