The lawsuit alleges that BAE Systems knew about a defective cargo hatch door for years and never corrected it. 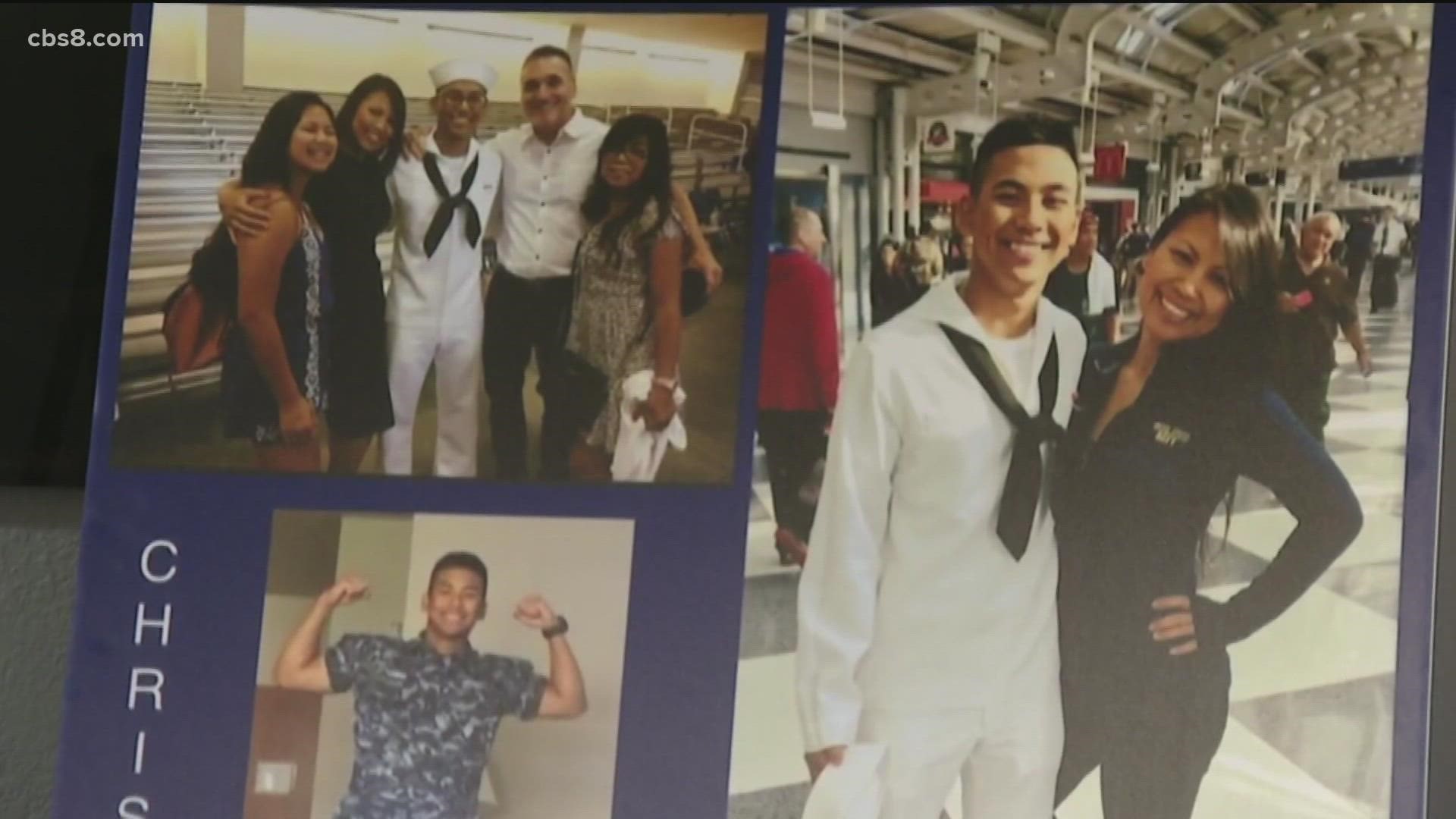 CAMP PENDLETON SOUTH, Calif. — Saturday, July 30 marks one year since eight Marines and one sailor died in an amphibious assault vehicle when it took on water and sank. On Thursday, family members of the fallen servicemen came together to demand answers and to file a lawsuit against BAE Systems, the vehicle manufacturer.

According to the lawyers representing the family, the lawsuit is meant to force BAE Systems to fix the defects that led to the AAV sinking as well as the defect that prevented the service members from being able to get out of the vehicle as it sank.

The families said they're banding together to make sure a tragedy like the one a year ago doesn't happen to anyone else.

“These kids were trapped inside of an AAV for 45 minutes and they couldn’t get the hatch open. They died a horrible death," said one of the families' attorneys Eric Dubin. "We know these kids spent [their last minutes] holding hands and praying because they knew that door wasn’t opening and they were going to die.”

The attorneys representing the families say BAE Systems knew about the defective hatch door for decades without correcting the problem. They say the company continues to make defective equipment that is still being used by the military.

The legal team representing the families compared the situation to a “deathtrap” multiple times.

“As I worked on these pictures for today, I got to know these kids," said Dubin. "That’s what they were. They were kids, and they were put in a deathtrap. Deathtrap is not a dramatic word that I am making up. Deathtrap is a word that was used at the Congressional hearings to describe this vehicle that they died in.”

An investigation into the incident from the US Naval Institute found a chain of failures that led to the drowning deaths. And according to a Congressional report, over a 14 year period, the number of servicemembers killed in training accidents is double the number of those actually killed in action. The attorneys for the families say they're working with Congress on addressing the issue and they would like to work with the military to fix the problem.

In the meantime, the families continue to mend their broken hearts.

Cpl. Cesar A Villanueva’s grieving partner said, “I didn’t expect to be standing side by side with Caesar for the first time in front of his family at his funeral. I was hoping it would be our wedding ceremony.”

Christiana Sweetwood, mom of Lance Cpl. Chase D. Sweetwood said, “I don’t want another mother standing at the door at 7 am with two casualty officers telling her that her son is missing. There’s a hole in my family that I can’t fix. When they took my son, they kind of took my life.”

Lupita Garcia, mother of Lance Cpl. Marco A Barranco shared, “There’s times that I want to run and run so I can find him so I can hug him again.”

Pfc. Evan A. Bath’s mom cried, “I still don’t sleep because I’m waiting for a call that doesn’t come.”

Annee Della Donna, another attorney representing the family emphasized, “No amphibious assault vehicle should be in the water until this design is corrected. We, the families are calling on the military to beech every single AAV. Do not let them in the water.”

The families are unable to file a lawsuit against the military for its defective equipment because of The Feres Doctrine. The 1950 Supreme Court decision prohibits military servicemembers from suing the United States Military for injuries or deaths to members of the armed forces sustained while on active duty.

That leaves these families looking to hold BAE Systems responsible despite their list of internal failures by the military. They demand the design of the AAVs and other vehicles BAE Systems manufacture for the military get corrected.

Dubin said, “We don’t want another AAV going in that water until there’s a way out for our servicemembers.”

BAE Systems responded to News 8’s request for comment with the following statement:

"We offer our deepest sympathies to the families impacted by this tragedy and we mourn the loss of the nine service members. We are not in a position to comment on ongoing litigation. The U.S. Marine Corps has conducted an investigation into this incident and we would ask you to contact them with any questions directly related to the incident."

The lawsuit is expected to be formally filed in the next 24-48 hours.