Armed Services YMCA San Diego says it went from serving a few hundred families a month to thousands a week. 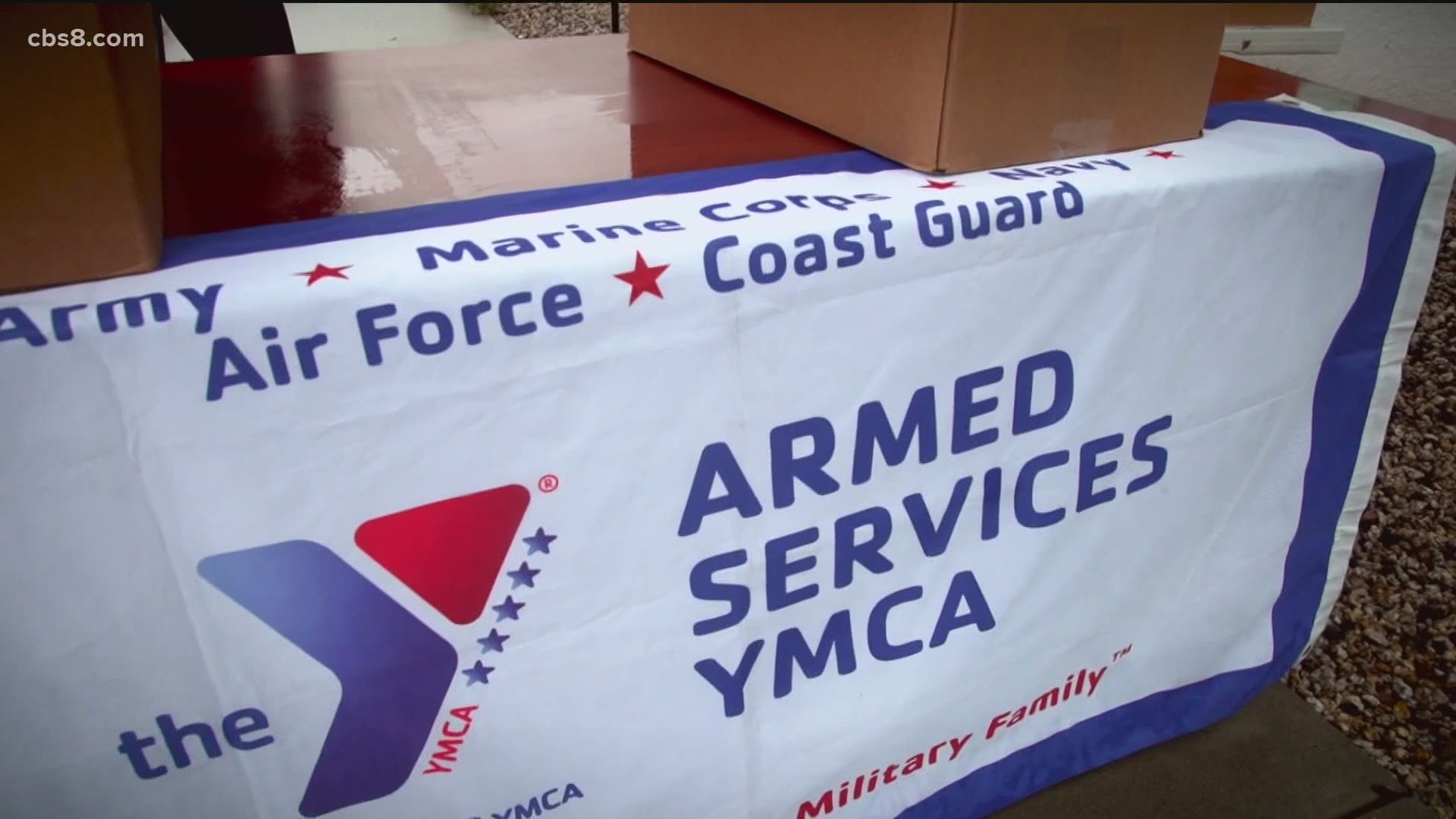 The Armed Services YMCA San Diego says during the pandemic they saw a 400% surge in military families at their food drives.

“None of us want to see food lines anymore. We want to have a thriving country and a thriving community. And, of course, we want to see our military thrive,” said Tim Ney, Executive Director for Armed Services YMCA San Diego.

He says ASYMCA went from serving 420 families at two food drive locations per month to 1,600 a week. They partnered with the San Diego Food Bank and Feeding San Diego who also helps to distribute lunch to 400 kids who receive five meals for a total of 2,000 meals per week. ASYMCA serves junior enlistment so many are younger and new families.

Blue Star Families reports 72% of female service members reported having to change childcare plans during the pandemic compared to only 45 percent among their male colleagues.

In that same report, 40% of Black and 33% of Hispanic/Latinx active duty family respondents faced greater financial challenges during the pandemic.

When the military moves a family, a spouse may lose their job and a second income is lost. Ney says it’s not the lack of military pay that’s driving the food insecurity rather the need for more training for military spouses.

“Believe it or not, cooking classes, and, of course, job training, education,” said Ney. He says often a spouse doesn't cook at home.

The ASYMCA says America needs to do everything it can to empower our resilient military spouses.

“We as a community and we as a country need to find creative ways in which we can provide that low-cost childcare and get our families back to work,” said Ney.

ASYMA offers an Achievement Academy, a daily afterschool online program for children and online education for adults. Ney says at least two military spouses have been able to return to work due to their Achievement Academy which saw 40% enrollment increase in January.

Last December, Congress did not approve a Military Family Basic Needs Allowance that would have eased the burden on food banks and put money in their wallet to pay for groceries.

ASYMCA says if you are a service member and need assistance, or if you are an employer, a source for child care for military families contact Armed Services YMCA on their website.