Women train at MCRD for the first time in 100 years 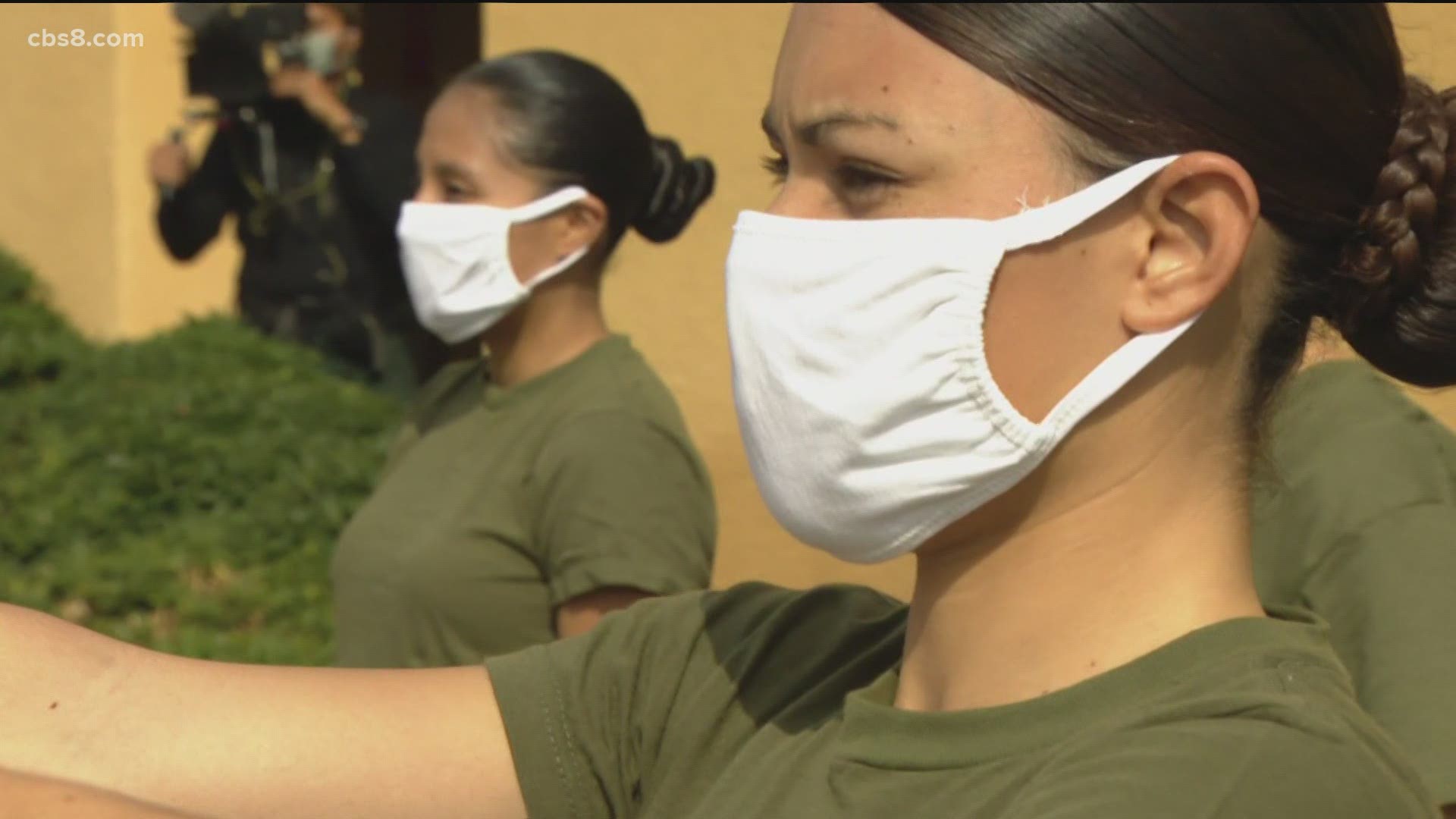 For the first time, men and women will train together at MCRD.

“There are physical standards that are developed by the service and directive that we will follow in terms of physical capability, but the whole purpose of integrative training to building unit cohesion as a team,” continued Bariletti.

Lining up for briefing, then to the contraband room, emptying war bags, going over code, a phone call home.

The new recruits will get uniforms, gear, haircuts, medical and dental services. Then the 13-week Marine Corps psychical training starts on Friday, Feb.12.

A vision comes to life for nearly 60 women and they say they’re ready for the challenge and to serve.

“I have no words for it, I’m just proud to be here and I can be a part of making history,” said Teia Chutaro, 18, of the Marshall Islands who also says she getting her head start in life. “With a GI bill I can go to college and do Marine Biology, that’s what I’ve always wanted to do and what has appealed to me.”

“I feel pretty honored and to hopefully pave the path for future female Marines,” said Yanaih Guzman, 23, of Tyler, Texas.