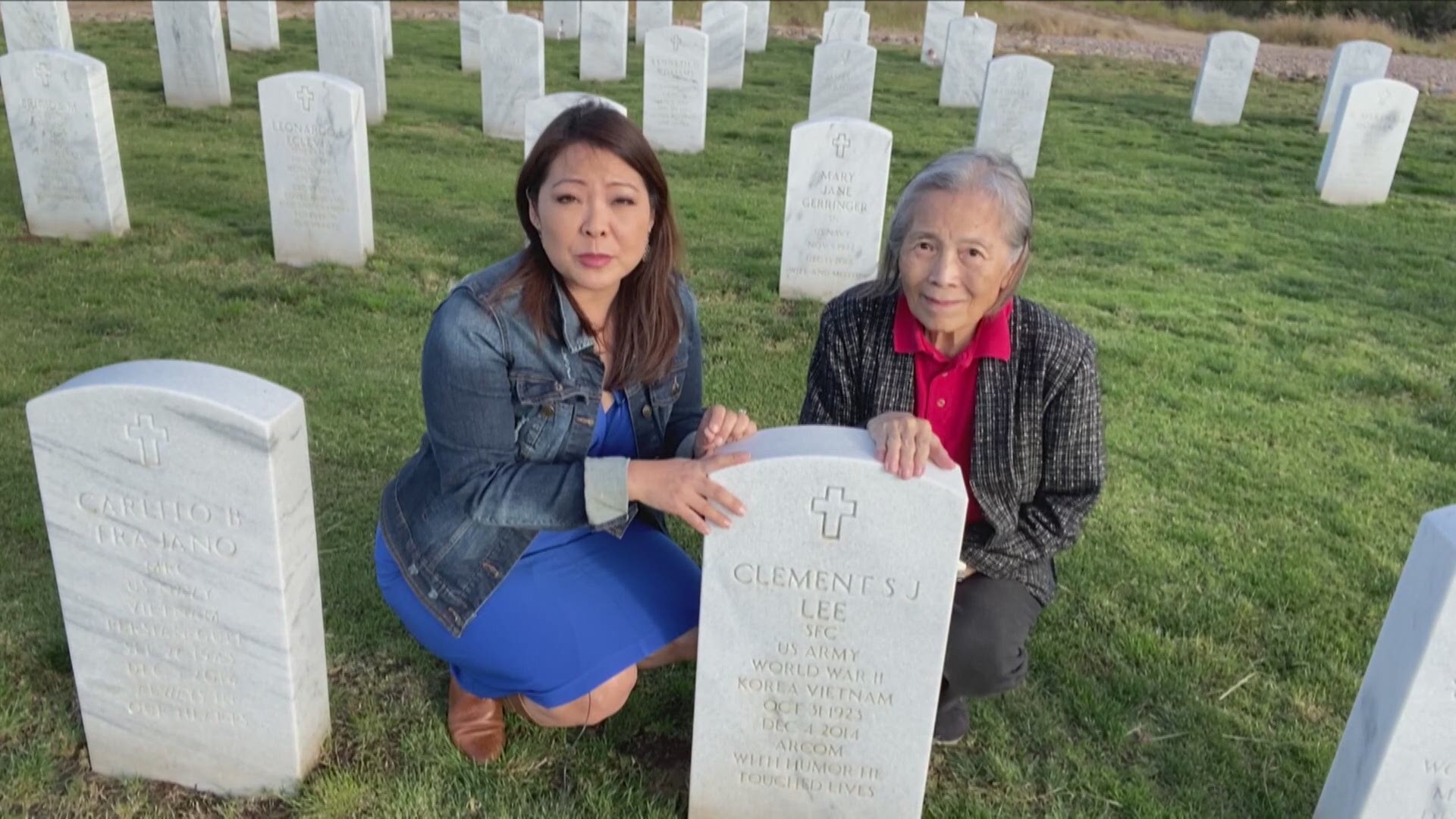 SAN DIEGO — Memorial Day ceremonies will look different this year due to the ban on gatherings, but in San Diego, a first of its kind commemoration will bring the community together virtually.

The Fort Rosecrans and Miramar National Cemetery Support Foundations, the Mt. Soledad National Veterans Memorial and the USS Midway are joining forces to hold a one hour long tribute on Memorial Day starting at 9:00 a.m.

Each location will hold 15-minute tributes that will be streamed live at www.sandiegomemorialdaylive.com and on the USS Midway Museum's Facebook page.

The commemoration will include inspiring remarks from local leaders and military officials to honor the nation's fallen heroes. The ceremonies will also include various Memorial Day traditions.

"We're going to have a wreath laying ceremony on the Midway, there will be a missing man flyby at the conclusion of the commemoration, there will be Echo Taps being played at the Miramar National Cemetery, a bagpipe will be playing Amazing Grace at Mount Soledad, so a lot of the same elements that you would normally see if you were able to attend a Memorial Day ceremony will be incorporated into the simulcast," said David Koontz, spokesperson for the USS Midway Museum.

He said there will be an important non-traditional element as well, with military veterans thanking the new generation of front line heroes who are battling the coronavirus.

The events will not be open to the public, but everyone is invited to join the online streaming event.

"We're really excited about being able to bring this commemoration maybe to even more people than would have had a chance to see it, if they came to each of the locations in person," Koonz said.

RELATED: Changes for Memorial Day ceremonies at cemeteries amid COVID-19