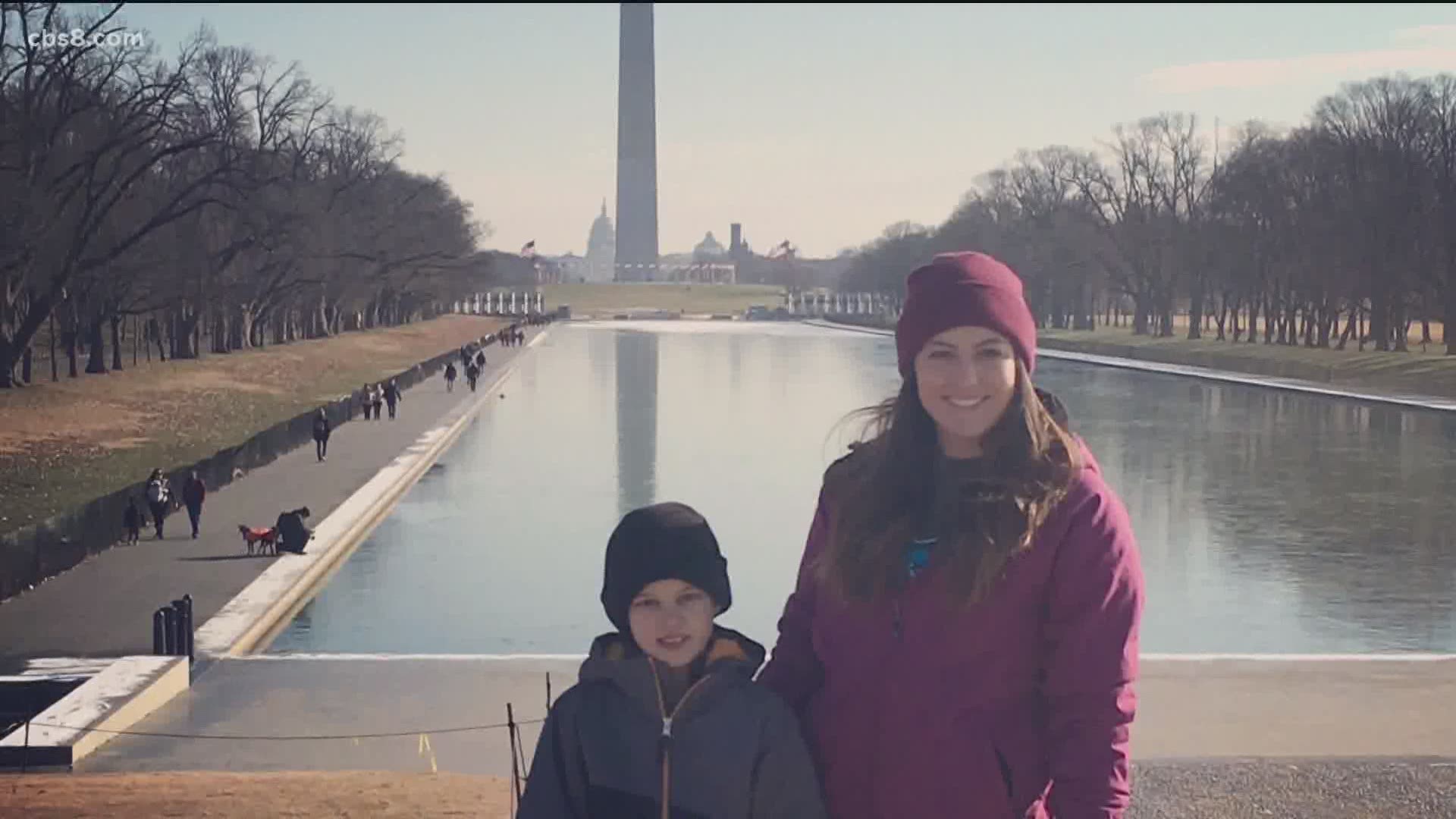 SAN DIEGO — There are more than two million female veterans in the United States. For some of them, transitioning from military to civilian life poses unique challenges. The pandemic has added more stress to the process.

The Foundation for Women Warriors helps make that transition as smooth as possible. It not only offers financial support, but also provides a sense of support and community.

"Sometimes it just takes a little bit of help to get to where you are going," said veteran Rebecca Ortego.

She served in the United States Marine Corps for eight years and completed a tour of duty in Afghanistan back in 2008. When Ortego left the military and went to college she was also a single mom raising her young son. She said there were few resources for female veterans but when she came across the Foundation for Women Warriors, it changed her life.

"I do think without this foundation, I would not have gone on to graduate," said Ortego. "I wouldn't have been able to focus on my finals, while working full-time and raising my son on my own."

The foundation helped Ortego pay for child care while she was attending Cal State San Marcos.

CEO Jodie Grenier is a veteran too. She spent five years in the United States Marine Corps, and served back-to-back deployments to Iraq.

"Seventy percent of our clients are single mothers, which only continues to make the transition that much more complicated, especially now amid COVID-19," she added.

The foundation received a $25,000 grant from the San Diego COVID-19 Community Response Fund.

News 8 is its media partner. The fund has raised nearly $17 million dollars and has passed that money onto local nonprofits to help those in need.

Grenier said thanks to the grant they've been able to continue providing emergency assistance funds to female veterans for things like rent and health insurance payments.

"We ask so much of our military members, said Grenier. "The things they sacrifice.. it's not a 9-to-5, it is a lifestyle."

Ortego now has a Master's Degree from George Washington University in D.C.

"I don't think any of that stuff would've been possible if it hadn't been for these women inspiring me and letting me know that what I've done for this country and what I've contributed does not go unrecognized," she said.

For more information on how to donate to the San Diego COVID-19 Community Response Fund click here.