The plane - used in Liongate's upcoming film, "Midway" - is a recreation of the TBD Devastator – a plane that saw extensive service during the Battle of Midway. 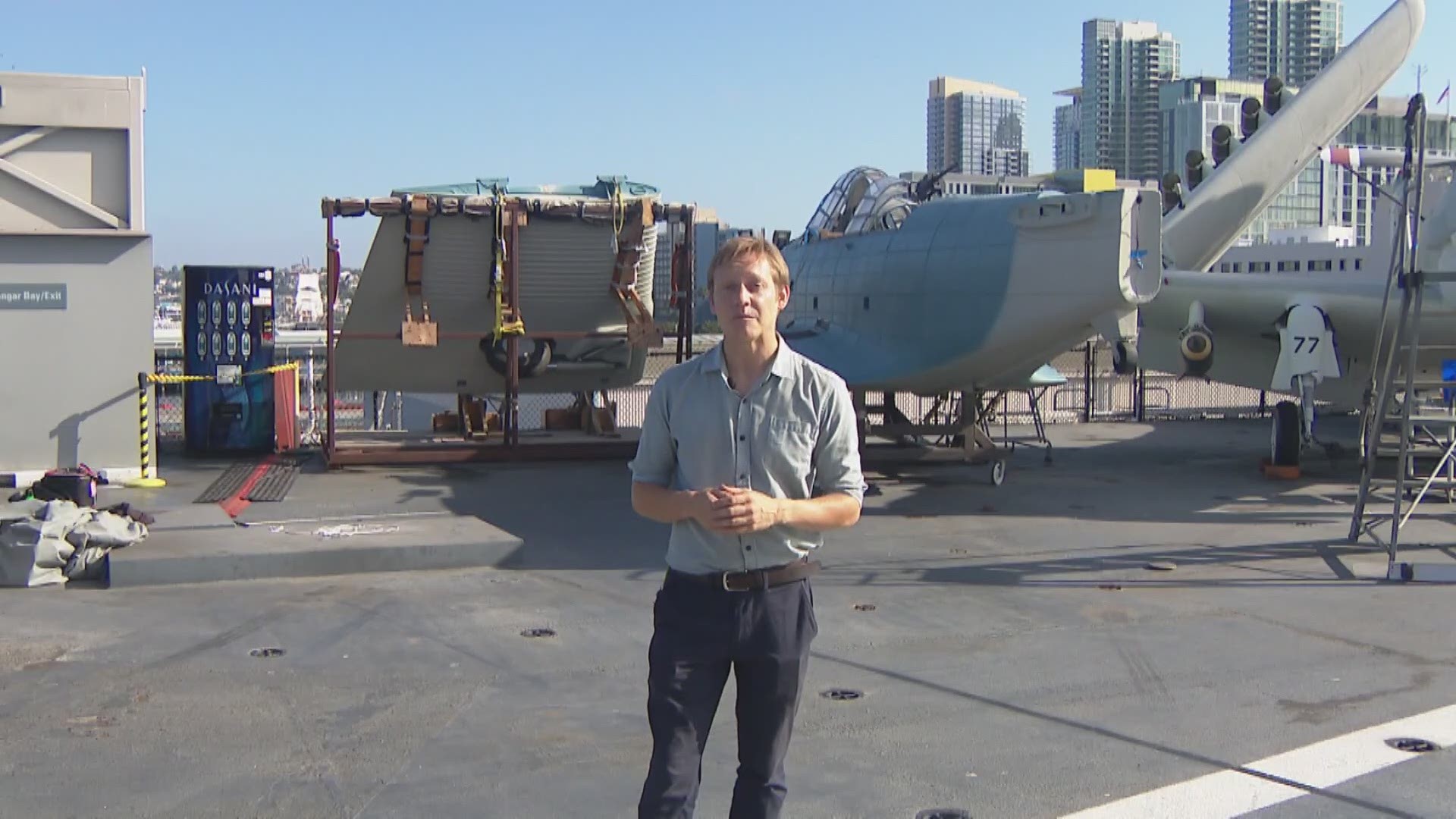 SAN DIEGO — The flight deck of the USS Midway in San Diego is home to a massive collection of military planes and helicopters. But the newest addition to their collection isn't made of hardened steel like the others – it's foam!

The plane is an exact-scale recreation of the TBD Devastator – a plane that saw extensive service during the Battle of Midway. There are currently no surviving models of the Devastator.

"They don't exist – except this one," says Scott McGaugh, the marketing director for the USS Midway.

The museum got its hands on the scale model after the film studio Lionsgate had wrapped up filming their newest movie, “Midway.” The film - due out in November - tells the story of the Battle of Midway and its importance during World War II.

"When they were finished filming it was made available to us,” said McGaugh. “We brought it down to San Diego. Our airwing of volunteers had to make some modifications to get it ready. It's here today. It's going to be assembled to be a part of the Battle of Midway Museum."

The film studio had to send the plane in pieces to San Diego – reassembling it is a tall task for Airwing Director Walt Loftus.

"We had to unpackage everything and take a look at it," he said. "There's no instructions on how to put it together."

RELATED: Hundreds gather on the USS Midway to remember the Navy Squadron VA-115

Loftus says he and his volunteers have already put 2,000 hours into getting the Devastator ready. A large undertaking, but something he says they are honored to do.

"When this came up, it was just exciting to do this to an airplane that doesn't exist anywhere," he said.

The Midway Museum hopes to have the airplane hung and on display above the museum's theater by December.