A former student of a Chula Vista teacher arrested last week on child pornography charges is alleging the man molested him several years ago, News 8 has confirmed. 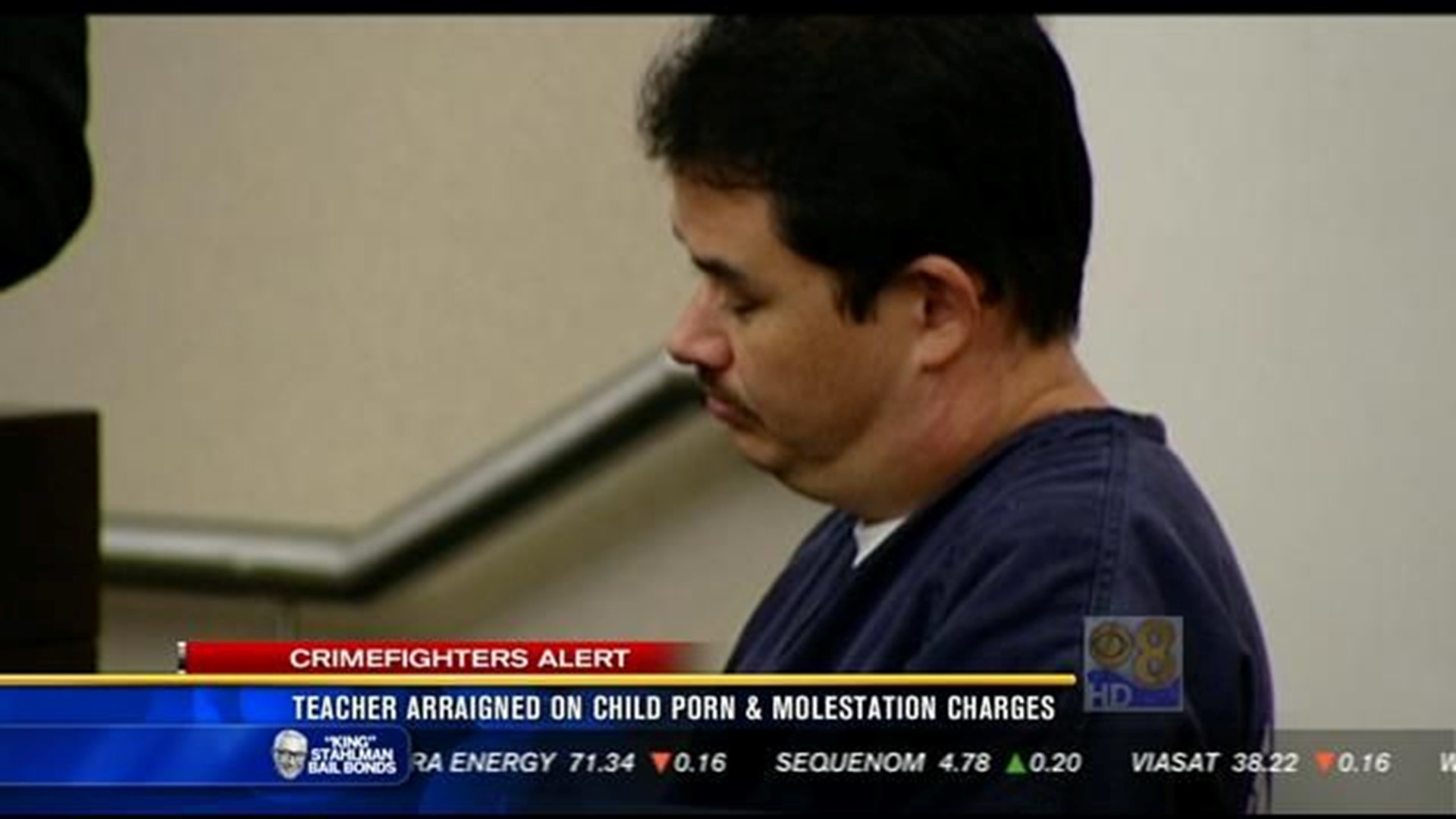 CHULA VISTA (CNS) - A South Bay elementary school teacher accused of repeatedly molesting a former student and possessing child pornography to get boys to expose themselves online pleaded not guilty Friday to 20 charges, including 18 counts of child molest.

Kinloch, a first-grade teacher at Wolf Canyon Elementary in Chula Vista, initially was arrested last Friday after agents with the San Diego Internet Crimes Against Children Task Force served a search warrant at his home. He was released on bail that evening.

The investigation allegedly showed that Kinloch, while posing as a girl on a website called "MeetMe," had persuaded boys to disrobe during live one-on-one webcam interactions, according to Smith.

Kinloch, a San Ysidro resident, was re-arrested Wednesday on suspicion of child molestation after the alleged victim came forward, according to San Diego police.

Deputy District Attorney Enrique Camarena told reporters that the first alleged molestation happened around 2004 or 2005, when the student was about 8 or 9 years old.

Camarena said the alleged victim, a boy, had a close relationship with Kinloch, both inside and outside the school.

Some of the molestations occurred on school grounds, the prosecutor alleged.

Kinloch faces 43 years and six months in prison if convicted.

"When a teacher commits a crime, especially of this nature on school grounds that is about the most extreme violation we can have," Camarena said.

Defense attorney Dan Greene told South Bay Judge Katherine Bacal that Kinloch had no prior record and had a master's degree, without being specific.

Greene said Kinloch was "shell-shocked" by the charges and allegations.

The attorney said community members have come forward to praise Kinloch as a great person and educator.

"So I think it would be unfair and inappropriate to assume that just because someone is accused of a certain charge or certain acts; one, it would be wrong to presume the truth of the charges, that's not what our system's about, and two, it would be wrong to say, even if something did happen, that that applies to how a person acts with everybody in the world," Greene told reporters.

School district officials said they were upset that a federal background check on Kinloch failed to turn up his connection to a child pornography case in England in 1998.

Kinloch was granted immunity and testified that he was attracted to young boys, the Reader reported.

The defendant will be back in court Jan. 8 for a readiness conference and Jan. 30 for a preliminary hearing.