He made the comment during an Instagram Live discussion Tuesday with a vaccine outreach campaign aimed at reaching the Latino community. 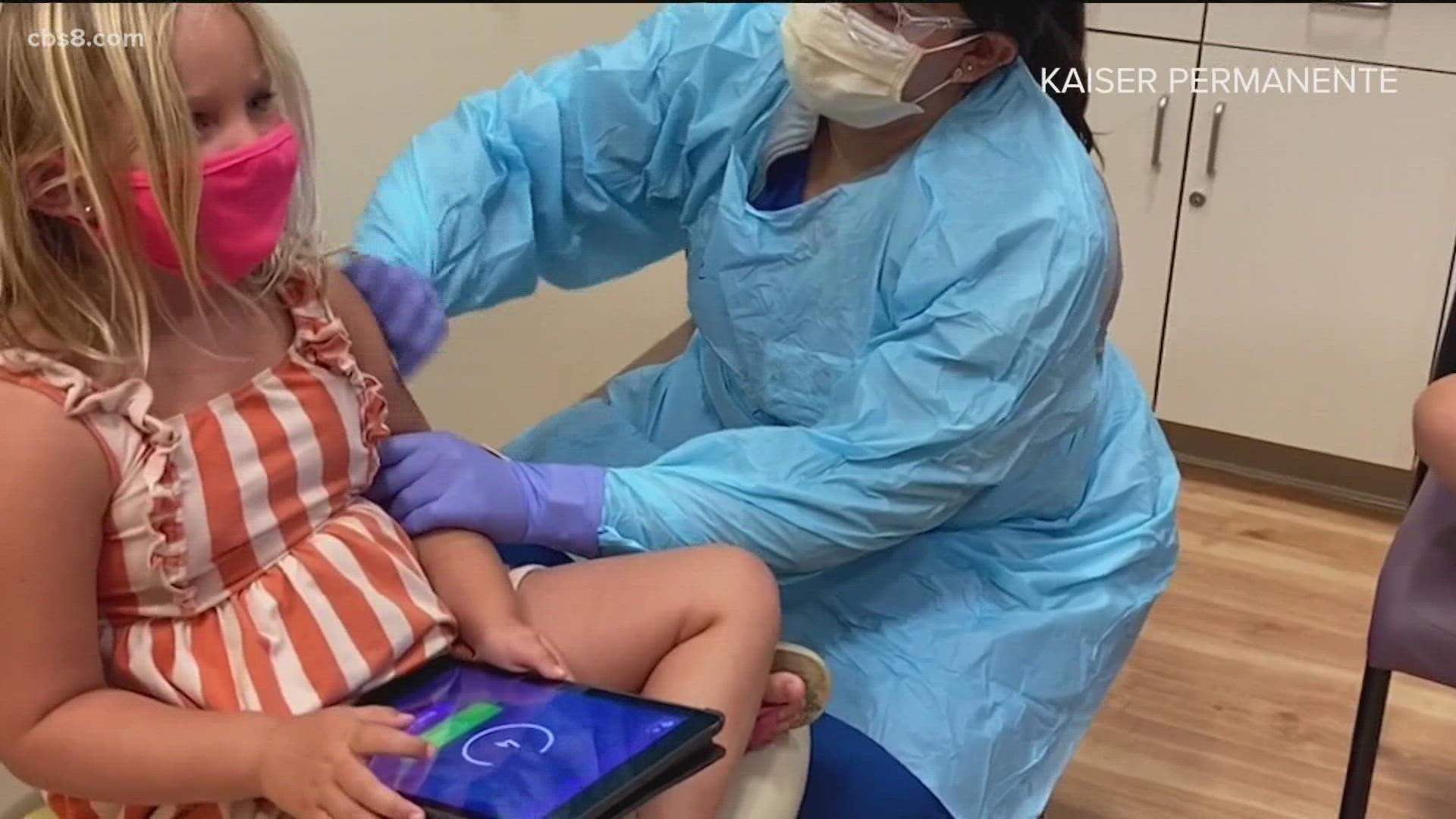 SACRAMENTO, Calif. — California State Superintendent Tony Thurmond said the state can’t wait for the vaccine mandate to go into effect. He teamed up with a vaccine outreach campaign Tuesday to encourage people to get the shot now.

Thurmond said he knows lawmakers are discussing lowering the consent age so students don’t need to get permission from their parents to get vaccinated.

"There is discussion about the possibility of a new law, a new bill, being introduced that would lower the age of consent to below 18," Thurmond said. "So that young people could get the vaccine, but that won’t be able to take place or at least start that discussion probably until January.”

Thurmond made the comment during an Instagram Live on Tuesday with “Andale! Que Esparas?” to reach the Latino community in medically underserved areas.

“Go ahead and do the right thing for you and your family and get the vaccine,” Thurmond said.

“No one is going to ask you about your citizenship status... you can even get paid time off from work to go and get a vaccine," he added. "We want people to know that.”

Assemblymember Kevin Kiley said education is fine, but the mandate is where he draws the line.

"Even the New York Times today reported that the risk to kids from exposure to COVID, at least for most kids, is too low to even be quantified, and so you know, it's up to...,  should be up to, parents and families to decide in consultation with their doctors," Kiley said.

The LA Times reported that the Los Angeles Unified School District pushed its vaccine deadline back a month due to fears of teacher shortages.

"When you're looking at shortages, in some cases, on the part of hospitals or on the part of teachers, as we're seeing, it's kind of the last thing we need right now," Kiley said.

Kiley said he knows lawmakers are discussing adding COVID to the list of state-mandated vaccines in school in order to remove all religious and personal exceptions.

The reason why there are religious and personal exemptions right now is because Gov. Gavin Newsom made the call to mandate vaccines in schools.

If state lawmakers did it, there wouldn’t be any. California is one of a few states that does not allow any exemptions.

San Francisco is the only county where kids 12 and older can get the vaccine without parental consent. The healthcare provider just needs to show they tried to reach the parents and give them a chance to object.

No, African Americans do not have the lowest vaccination rate in the state of California | Verify