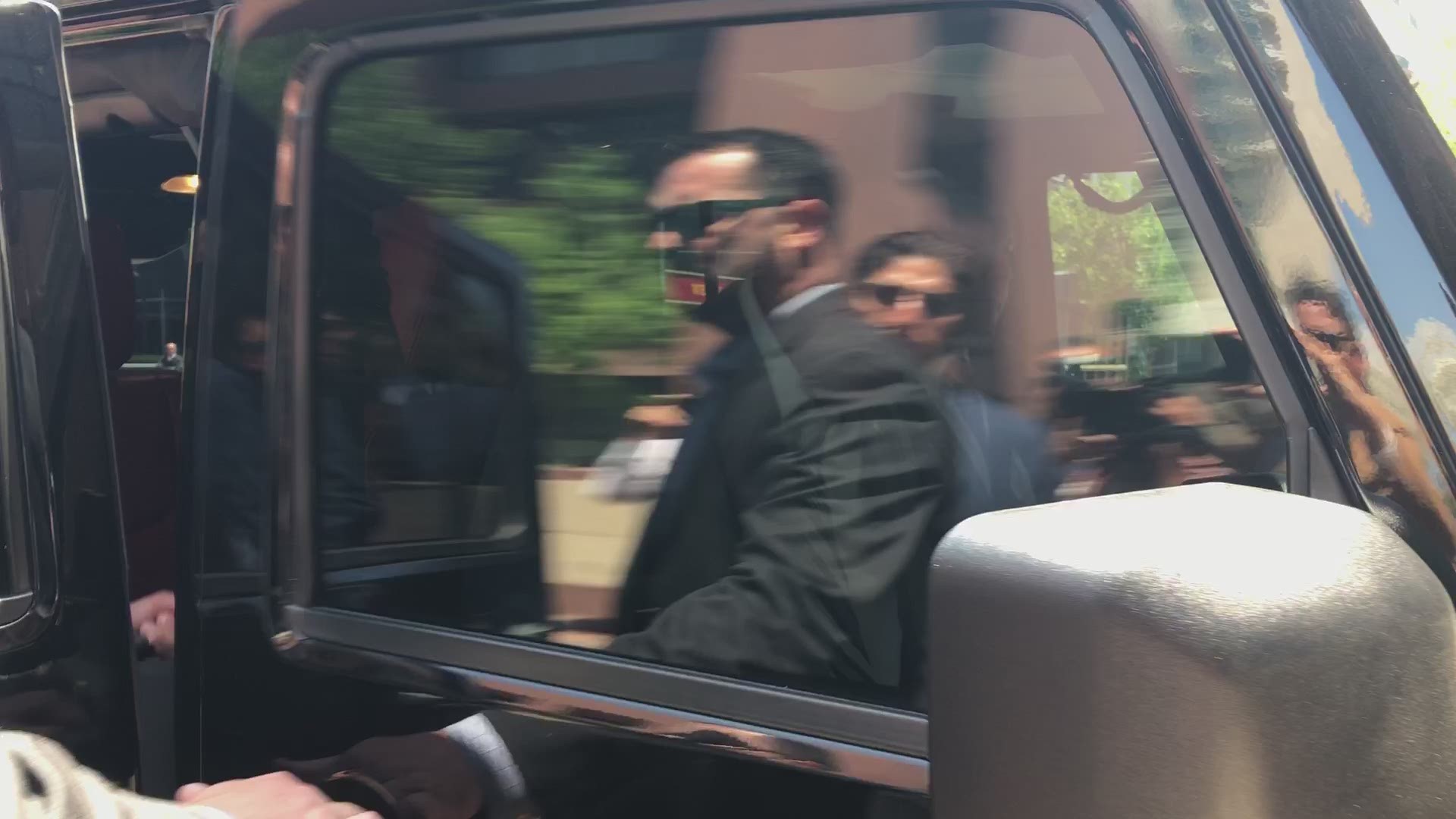 SAN DIEGO — A federal judge Monday denied Rep. Duncan Hunter's requests to dismiss a 60-count indictment that accuses the congressman of misusing $250,000 in campaign funds and to have prosecutors on the case recused due to alleged political bias.

Hunter, 42, is accused of spending campaign funds on personal expenses. Prosecutors alleges he and his wife Margaret went on expensive family trips and made scores of other improper personal purchases over the course of six years.

Hunter, R-Alpine, was indicted along with his wife on 60 criminal counts, including wire fraud, conspiracy, and falsification of records. Margaret Hunter, 44, pleaded guilty last month to a conspiracy charge. She faces up to five years in federal custody and a fine of up to $250,000 when she is sentenced Sept. 16.

Hunter's attorneys argued both in court and in filings that the charges should be dismissed because the prosecution against him is politically motivated, pointing primarily to two prosecutors on the case who attended a La Jolla presidential campaign event for Hillary Clinton in 2015.

Defense attorney Gregory Vega argued in court that Allen and Robinson were attending the event as Clinton supporters, and were hoping to meet Clinton and possibly get a photograph with her. Vega said their attendance at the event and the timing of the indictment -- just over two months before the presidential election -- was suspect, due to Hunter's public endorsement of Donald Trump.

Whelan denied the motion on the grounds that prosecutors had enough probable cause to bring a case against Hunter regardless of the prosecutors' motivations for attending the Democratic fundraiser.

Hunter's attorneys also sought to have the trial moved from the Southern District to the Eastern District of California in order to counter negative media coverage that his attorneys argued will affect the congressman's ability to have an impartial jury decide his case.

Calling the media coverage of the case "prejudicial and inflammatory," defense attorney Ricardo Arias contended that it would prove difficult to find an impartial jury in San Diego.

Whelan noted that despite negative press surrounding Hunter's indictment, he "still won pretty easily" in his re-election bid in November. Whelan tentatively denied the motion, but did say that at the time of jury selection, the court will determine whether bias against Hunter exists within the jury pool, at which point a change of venue motion could be reconsidered.

Whelan ruled last week that prosecutors can introduce evidence that some of the campaign money was allegedly used to pursue extramarital affairs with lobbyists and congressional aides, beginning shortly after he took office in 2009.

Prosecutors allege Hunter started using campaign funds "to pursue these romances wholly unrelated to either his congressional campaigns or his official duties as a member of Congress," and repeatedly used campaign credit cards or sought reimbursement for expenses that included resort hotel rooms, airfare, a skiing trip and Uber rides to and from the homes of five women with whom he had "intimate relationships."

Prosecutors offered Hunter a deal that would have avoided disclosure of the alleged affairs, but he declined it, according to the prosecutors' court filings.