It was down to the wire for these bills, though at least they made the cut where many others did not. 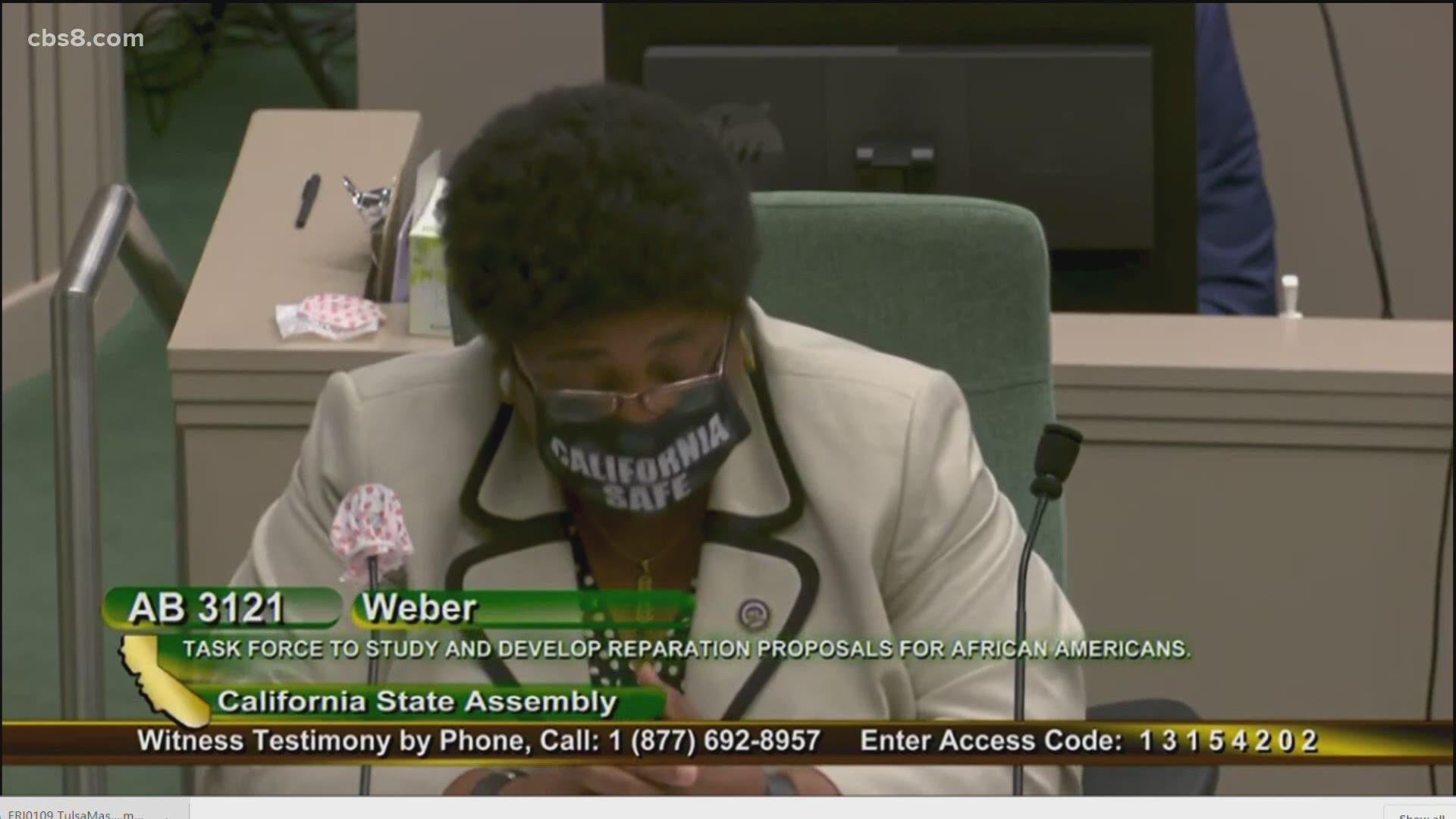 AB 3121 and AB 3070 by Assemblymember Shirley N. Weber, PhD (D-San Diego) will establish anti-discrimination jury selection and "will advance the conversation of Reparations and develop ideas for how to overcome implementation challenges," respectively, according to the CA State Assembly Democratic Caucus.

AB 2542, also known as the California Racial Justice Act, by Assemblymember Ash Kalra (D-San Jose) prohibits the use of race, ethnicity or national origin to seek or obtain convictions or sentences.

"You know, I always take the hard things in life, and that's what I do because it's important," Weber said with a laugh during a press conference at the signing of AB 3121, AB 3070 and AB 2542. "After spending 40 years as a professor and a founder of Africana Studies at San Diego State, I know the importance of reparations, the importance of history, of getting our information correct, and basically moving California forward."

— Office of the Governor of California (@CAgovernor) September 30, 2020

Newsom signed bills related to criminal justice and police reform as well on Wednesday. Here is just some of the legislation that will become law:

AB 1185 authorizes counties to establish a sheriff oversight board.

AB 1196 bans police use of chokeholds.

AB 1506 creates a division within the Department of Justice to review the use-of-force policy of the agency and make recommendations, as well as require a state prosecutor to investigate officer involved shootings.

AB 901 will make sure youth are referred to community programs rather than placing them on probation or having them be a "ward of the court."

SB 203 establishes stronger protections for minors who are interrogated by police.

AB 2542 requires judges to reconsider convictions and sentences if defense attorneys were able to prove that people who share the defendant’s race, ethnicity or national origin were routinely charged with a more serious offense, or sentenced more harshly, than defendants of other races.

SB 1290 will expand on earlier efforts to decrease fines and fees on youth and families involved with the justice system.

— Office of the Governor of California (@CAgovernor) September 30, 2020

“Currently, only edibles with a THC variance of plus-or-minus 10% can be approved for sale in the market. Industry has indicated that it is nearly impossible to produce an edible with that slight variance. AB 1458 will increase the allowable variance to a plus-or-minus 12% until January 1, 2022,” explained Assemblymember Quirk

AB 979 requires corporations to have a director from an underrepresented community.

AB 2762 prohibits 24 toxic chemicals in cosmetics in California starting in 2025.

SB 312 requires companies selling beauty or personal care products in California to report the presence of hazardous fragrance and flavor ingredients in their products.

SB 823 by the Committee on Budget and Fiscal Review takes the first, formal step of closing the Division of Juvenile Justice, which will help to provide youth rehabilitative services closer to home.

AB 901 by Assemblymember Mike Gipson (D-Carson), which will end the practice of referring youth who are having problems at school to probation programs.

AB 1950 by Assemblymember Sydney Kamlager (D-Los Angeles), which caps probation terms to a maximum of one year for misdemeanor offenses and two years for felonies.