Why Gavin Newsom wants you to leave question two blank

His campaign said if Newsom is going to be recalled, it's going to be because of Larry Elder. "Elder is running away with GOP support." 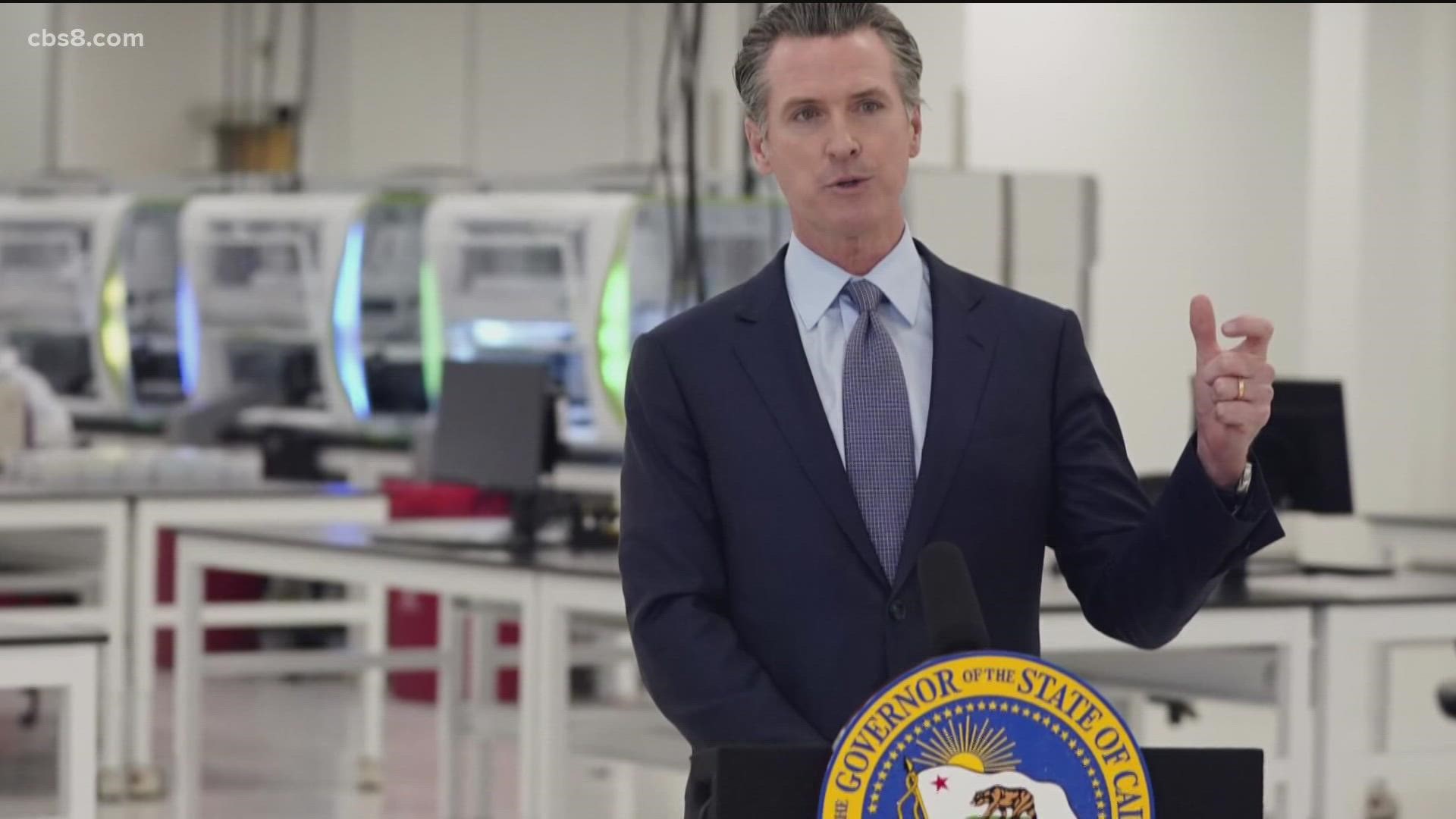 SACRAMENTO, Calif. — Governor Gavin Newsom and the Democratic Party of California want you to vote "No" on question one and leave question two blank. There are eight other Democrats on question two you can vote for, so why not pick a backup?

Newsom's Campaign Spokesperson Nathan Click said "all of them are totally unknown and none of them will be able to gain enough support to overtake Elder."

YouTube Financial Analyst Kevin Paffrath describes himself as a JFK-style Democrat. He has millions of YouTube followers, but Click said not even he can beat Elder.

"The reality is if you look at every poll, Elder is running away with GOP support," Click said. "There isn't a major Democrat running on the ballot, and all of the other major candidates are Trump-supporting Republicans."

Several experts including Kim Alexander, the president of the California Voter Foundation, said the strategy is confusing. Although she admits it's still a step up from what the party was doing just a few weeks ago- not mentioning what to do on question two at all.

"I think it's helpful that they are giving voters who support their party more direction about what to do with that second question," Alexander said.

"There's a lot of strategy that's gone into these decisions on the part of the Democratic Party that voters just aren't aware of, aren't informed about, so I think it's left a lot of people confused," she said.

In the 2003 recall of then Governor Gray Davis, the Democratic Party urged everyone to "Vote 'no' on one, Bustamante on two." Cruz Bustamante was the lieutenant governor at the time.

"He suffered a lot of ill will from his Democratic colleagues for doing that," Alexander said. "So I think a lot of political folks took a lesson from the experience of Cruz Bustamante in 2003 and did not want to have a repeat because he really torpedoed his career after that."

"If you're opposed to the recall, and you vote no, and you don't have a choice for number two, you still should submit your ballot because those numbers will count," Weber said.

Monday at 11:59 p.m. is the deadline to register to vote if you want to receive a mail-in ballot ahead of the September 14th recall. In California however, you can register to vote the same day as the election and still vote in person provisionally.

RELATED: If Newsom is recalled, how would a Republican governor get anything done?

RELATED: Deadline to register to vote by mail in recall is Monday, Aug. 30