Sex-offenders no longer required to post signs on Halloween 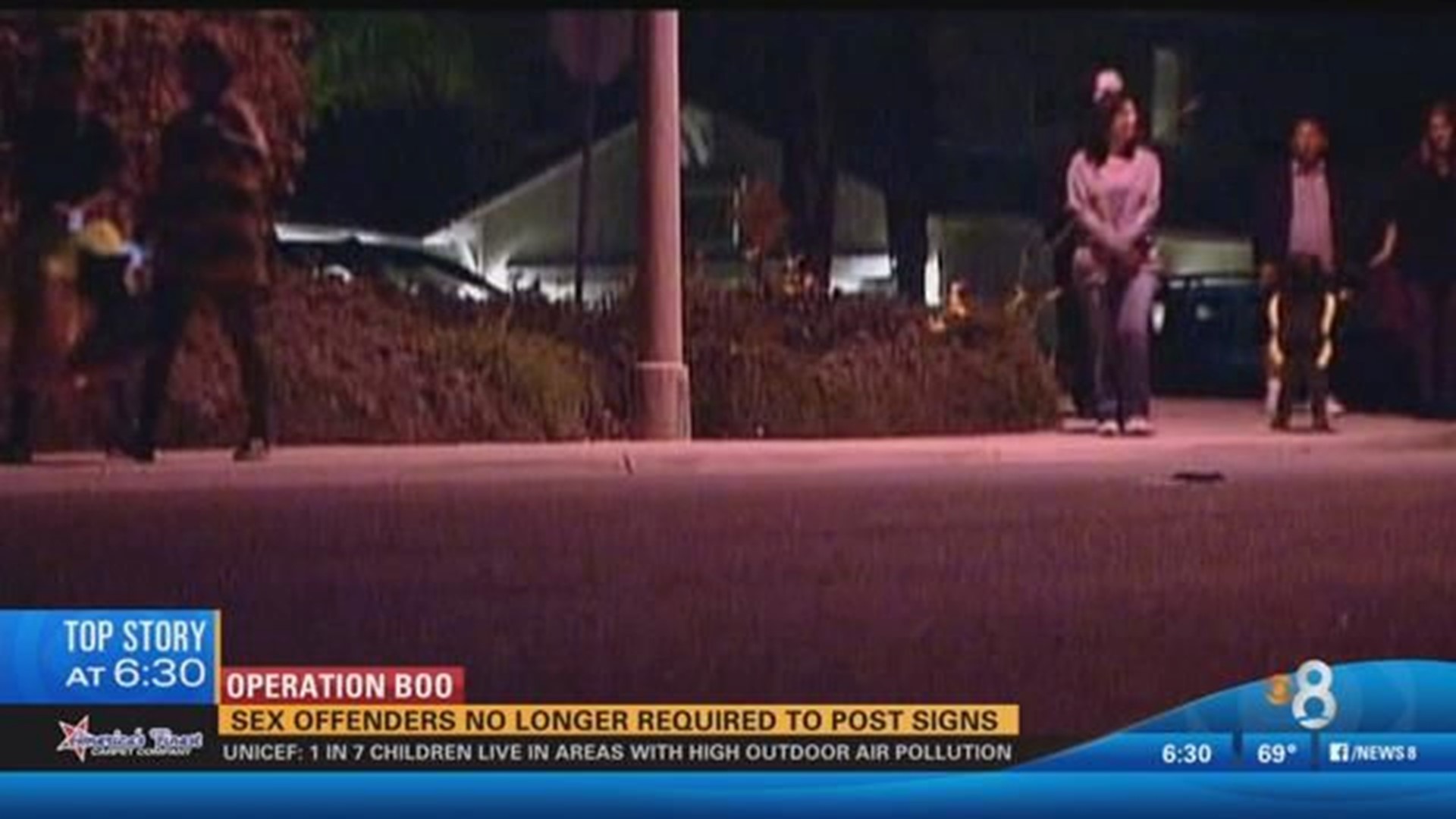 This move is a result of a lawsuit filed by a Chula Vista man in September. Sex-offenders still aren't allowed to answer the door or handout candy, but now they no longer have to post a "do-not-disturb" sign.

Attorney Kerry Armstrong has represented a number of offenders over the years and knows this decision won't be popular, but says it's fair for several reasons.

“I've been practicing law for 18 years, not once have I ever heard of someone getting molested on Halloween Night who went to the door of a sex offender. It’s probably happened somewhere some time, but I’ve never heard of it. So my point is it's not common place at all,” explained Armstrong.

He added that the vast majority, more than 90 percent of offenders assault someone in their family, not strangers.

CBS News 8 also spoke with RJ and Wana Bernales about the new changes and they said they aren't fans.

“And Even though the sex offenders are registered a lot of times, people are not informed or don't get to check that website,” she said. “And so it's just another way of being informed. I think the signs would be really useful for parents.”