The fallout from Japan's nuclear disaster has hit home as the former Japanese prime minster and U.S. Sailors file a lawsuit against Tokyo Electric Power Company. 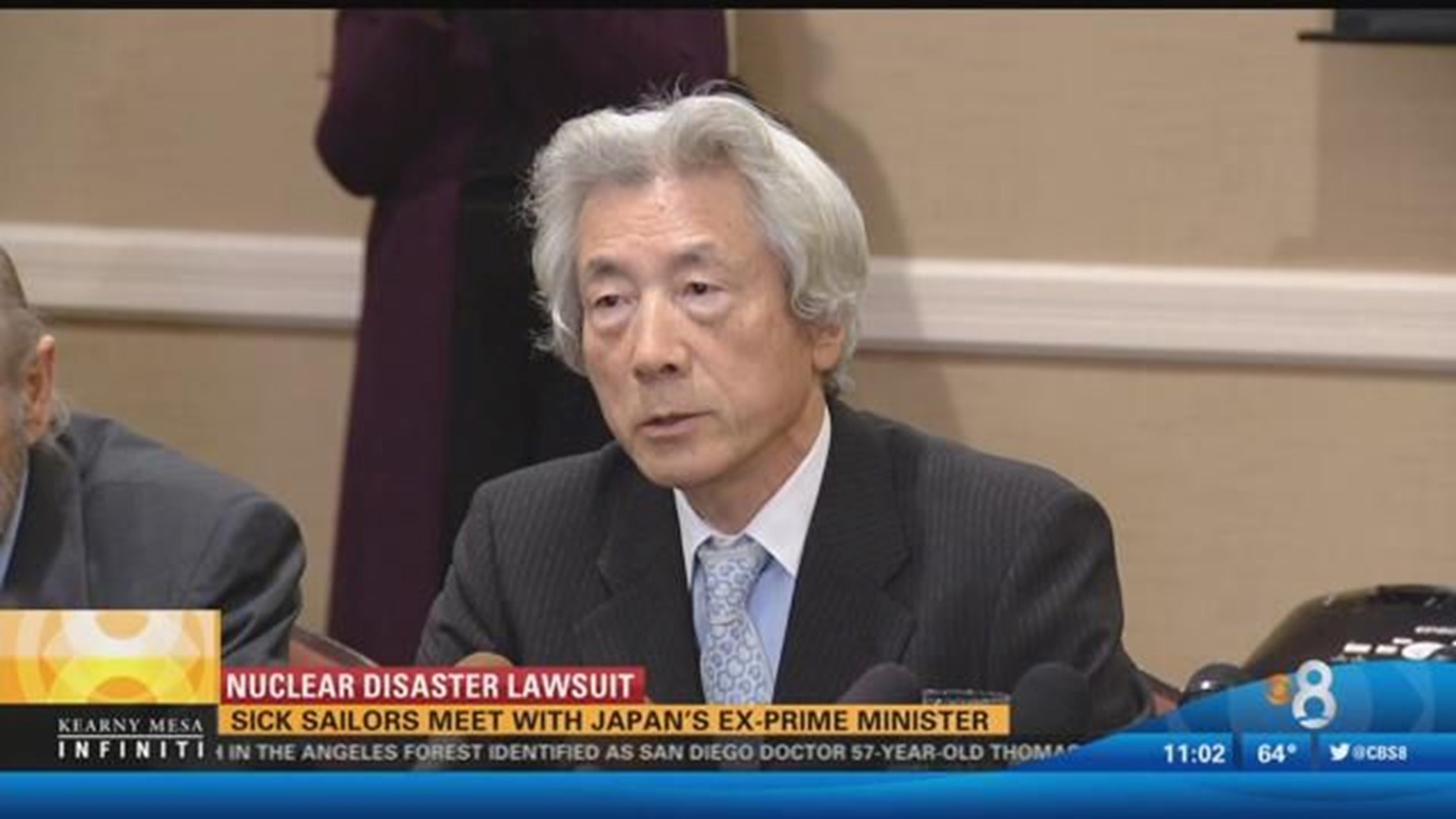 In 2011, with more than 5,000 sailors on board, the San Diego-based USS Ronald Reagan was deployed to provide aid after a tsunami hit Japan and also set off meltdowns at a nuclear plant. The USS Reagan sailed through a nuclear plume and crews had to spend hours decontaminating the vessel.

Sailors now say they are suffering from radiation exposure.

Recently, former Japanese Prime Minister Junichiro Koizumi listened to 10 sailors talk about health issues since "Operation Tomodachi." The sailors said they're honored to have another advocate on their side.

For years, Koizumi supported nuclear power, but when he retired he became an advocate of independence from nuclear energy.

"I realized this is something that can't be skipped over, can't be ignored any longer. The three claims of being safe, cheap and clean were all lies," he said.

More than 400 sailors and service members are charging Tokyo Electric Power Company, TEPCO, of not being truthful about the level of radiation in the atmosphere after the disaster.

Medical experts believe there is no direct connection between the radiation exposure and the illnesses presented by the sailors.

The Navy would not comment pending litigation, but a judge has ruled in favor of the sailors. TEPCO has filed an appeal with the 9th Circuit Court.