United States taxpayers will pay more than $600,000 for a daring rescue operation in Mexico aimed at rounding up porpoises in the Sea of Cortez. 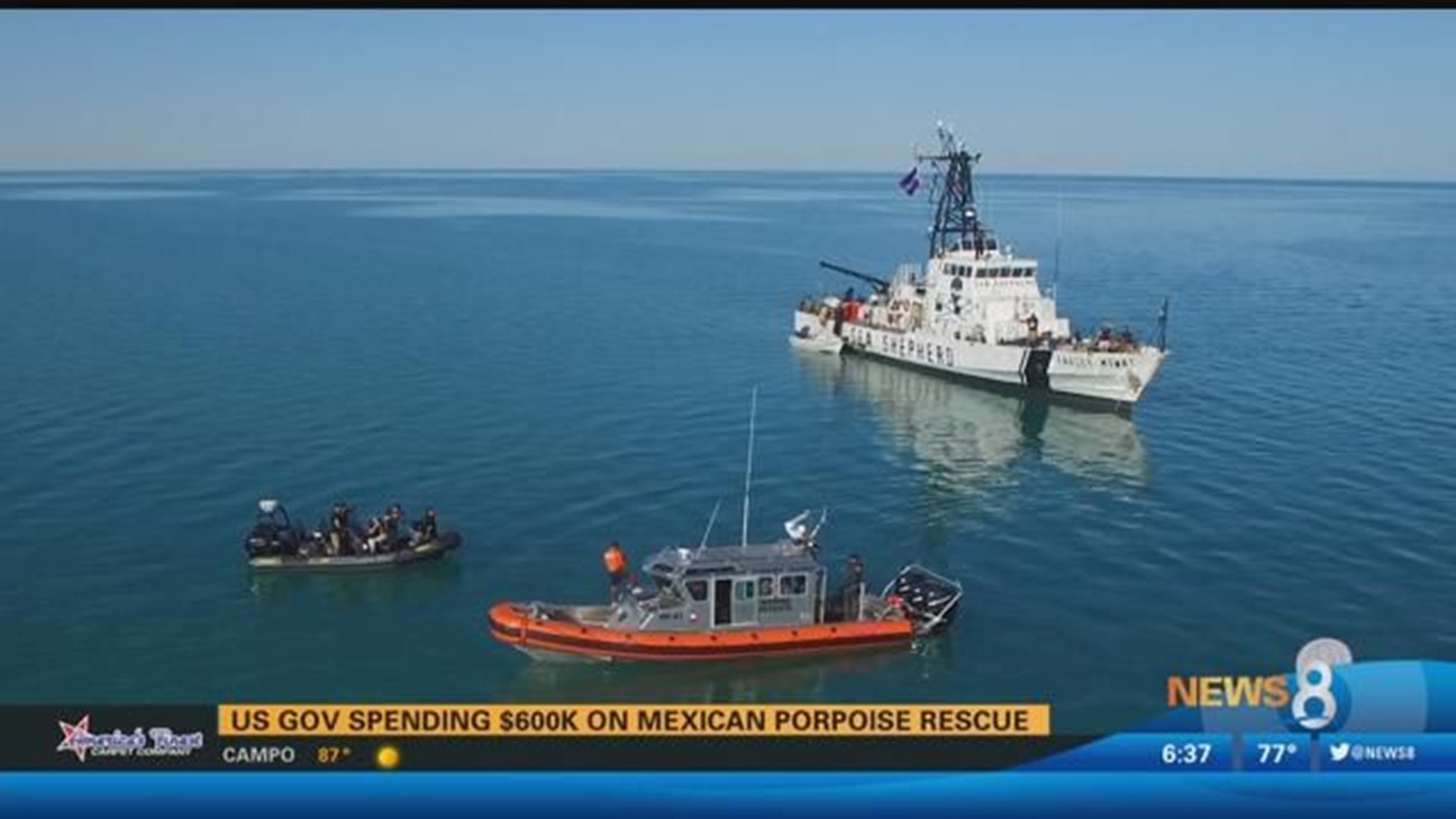 SAN DIEGO, Calif. (News 8) -- United States taxpayers will pay more than $600,000 for a daring rescue operation in Mexico aimed at rounding up porpoises in the Sea of Cortez.

A CBS News 8 investigation uncovered the federal money being spent to capture the endangered vaquita and place the marine mammals into a seaside breeding program near San Felipe.

For years, illegal gillnet fishing nets have been drowning vaquita in the upper Sea of Cortez.  There are only 30 of the small porpoises left and none have ever been captured alive.

Volunteers with Sea Shepherd Conservation Society have spent the past two years patrolling Mexican waters with ships and drones, removing the nets that trap and kill the vaquita.

“It's been very successful.  We've taken 450 illegal nets out of the water along with long lines.  We've caught numerous poachers with our drones and night vision,” said Captain Paul Watson, Sea Shepherd president and founder.

This coming October, an international team of scientists will try to capture up to ten of the endangered porpoises and put them into seaside pens on the Sea of Cortez.

“The clock is ticking.  We're down to the last few opportunities to save the species from extinction. And we should go out in the field with every tool that might possibly work,” said NOAA Marine Biologist Barbara Taylor in an interview earlier this year.

The team plans to use U.S. Navy bottlenose dolphins trained in San Diego Bay to locate and track the vaquita porpoises in Mexico.

Staff and scientists from NOAA’s Southwest Fisheries Science Center in La Jolla will also be part of the five-week roundup effort.

CBS News 8 obtained hundreds of pages of records and emails related to the vaquita operation from the U.S. Navy under a Freedom of Information Act request.

The documents showed the Navy plans to spend $415,000 on training its bottlenose dolphins and deploying them to Mexico.  A spokesperson for the Navy Marine Mammal Program did not respond to a request for comment on the costs.

The military plans to use the U.S. Coast Guard to transport the Navy dolphins to the Sea of Cortez, according to the records.

NOAA’s team of scientists from La Jolla will cost $198,294, a NOAA spokesperson estimated in an emailed accounting.  The NOAA costs include wages, overtime, travel and vehicle expenses.

“I would recommend they spend that money on enforcement to stop these poachers from going in there,” said Captain Watson with Sea Shepherd.

But supporters of the captive breeding plan insist it’s the last chance to save the vaquita porpoise.

“It’s already very late in the game to be taking animals out (of the wild) and we just can't afford to wait another year to see whether a miracle happens and the gillnetting is actually stopped,” said NOAA’s Barbara Taylor.

The Mexican government has pledged $3 million to build sea pens and onshore pens near San Felipe.