VERIFY: Is the sun getting stronger?

News 8's Shannon Handy talks to a Scripps scientist about the sun's strength and the Earth's ozone for this VERIFY report. 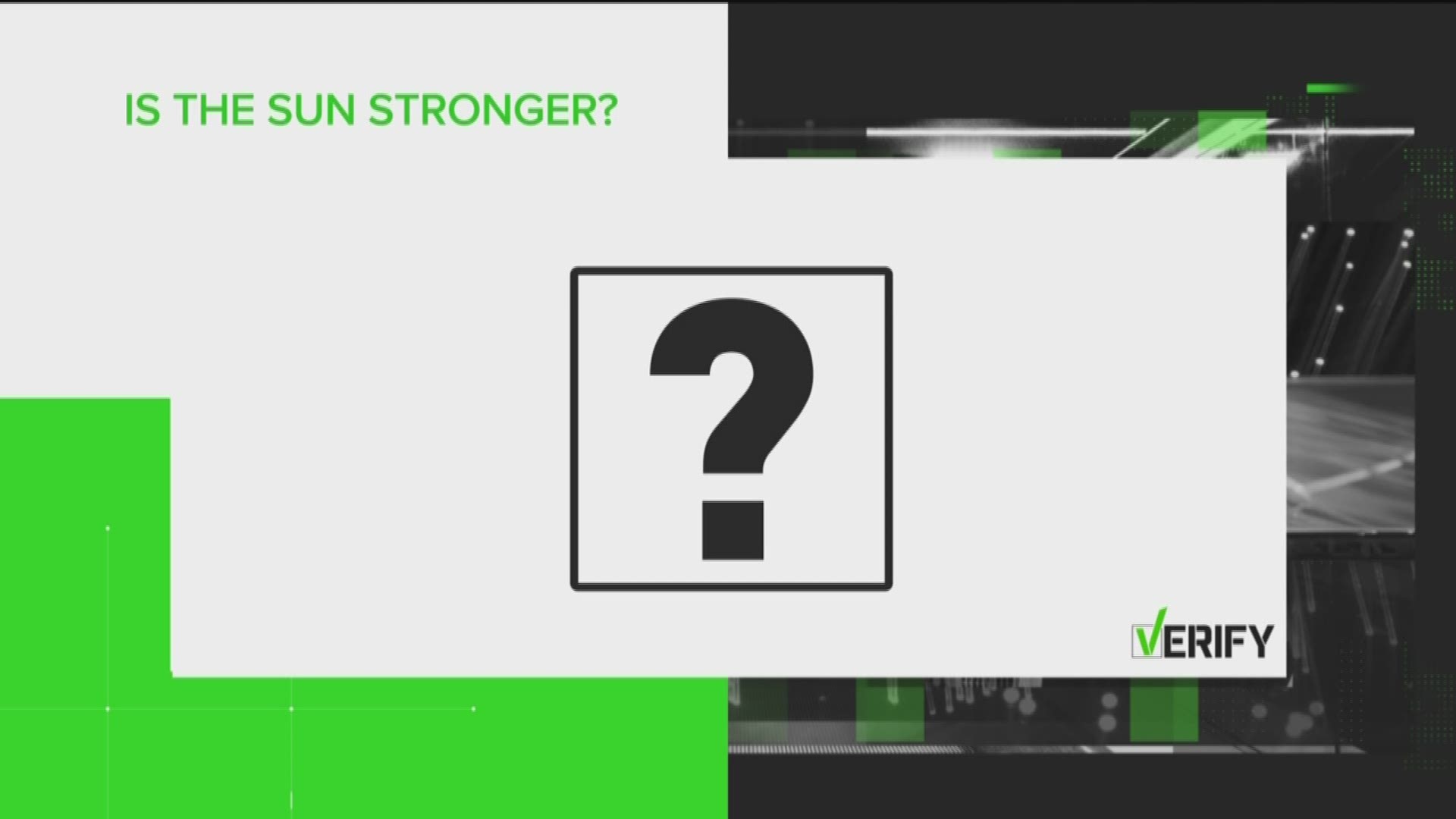 If you live in San Diego or even if you just come to visit, you probably spend a decent amount of time out in the sun which is why protecting yourself is key. But many have wondered, is the sun getting stronger?

According to Scripps Atmospheric Scientist Ray Weiss the answer is no, even though it feels that way. He says it's not that the sun is stronger, but rather the ozone layer is thinner meaning more UV rays are coming through.

RELATED: How much sun is too much?

The ozone layer sits about 9-18 miles above the Earth's surface. It acts as sunscreen absorbing ultraviolet light. For decades, scientists have warned the ozone layer is thinning which explains why even in the shade - you can get a sunburn.

This led us to another question: Is the ozone layer getting worse?

The answer is also no, according to Weiss. He says the ozone layer is beginning to heal as a result of the banning of certain chemicals and ingredients commonly found in things like plastics and aerosols.

The progress has been gradual but promising. But that doesn't mean you should lay off the sunscreen.

The last query we wanted to VERIFY was: Is a thinner ozone layer affecting people's skin? The answer to that is yes.

According to the Skin Cancer Foundation, the number of new melanoma cases diagnosed in 2019 will increase by 7.7%