San Diego police are searching for a suspect who shot a woman multiple times in Sunset Cliffs Thursday. 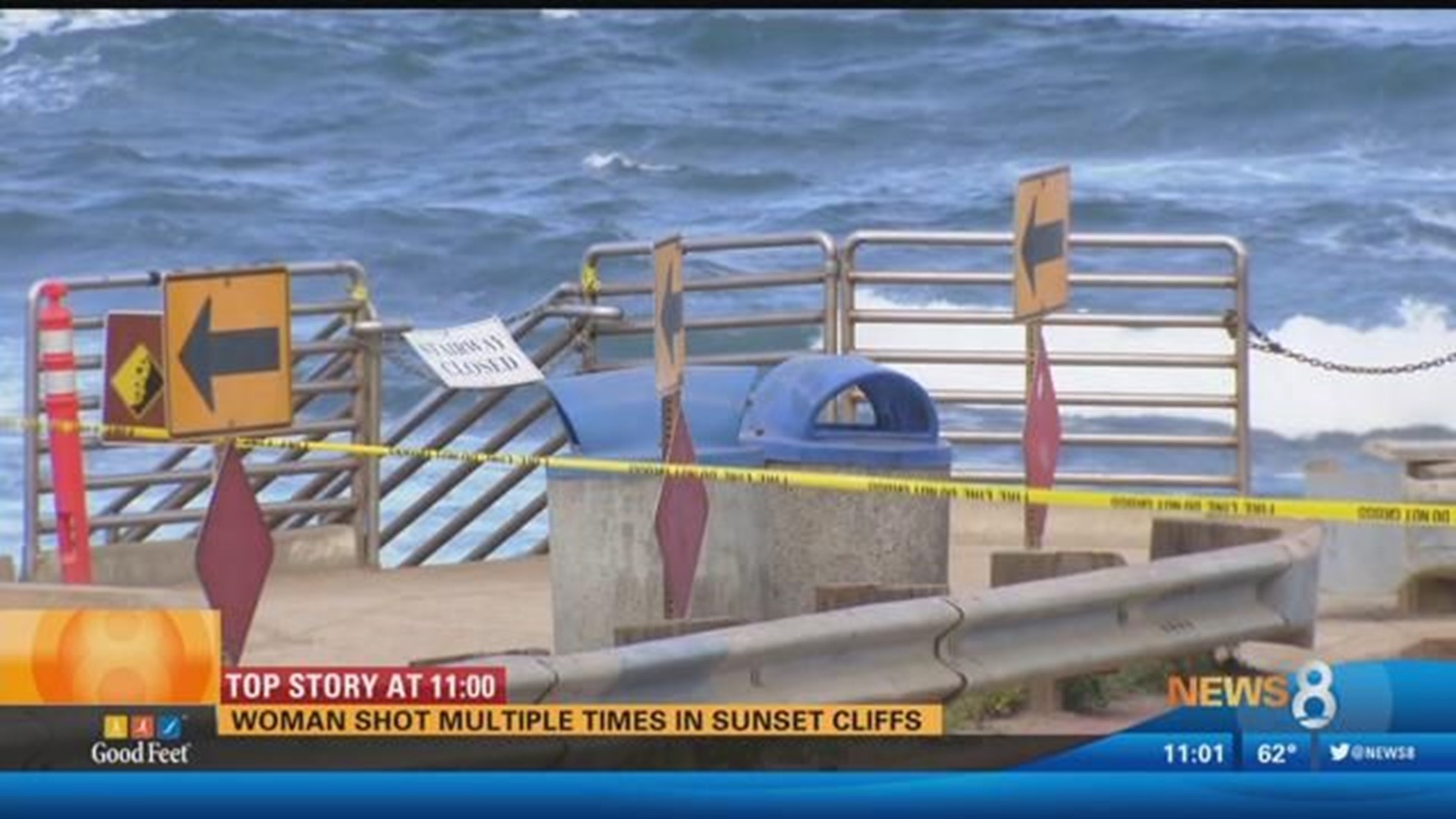 The victim, believed to be in her 20's, was found by a passerby just after 7 a.m. bleeding on some stairs at the foot of Ladera Street near the beach.

Police said the woman was taken to an area hospital where she underwent surgery and is stable but remains in critical condition.

"Some physical evidence was recovered at the scene. The woman initially stated she did not know who shot her. San Diego Police are investigating and we are in the initial steps of the investigation right now," said Lt. Dan Grubbs.

Officers interviewed several nearby homeowners but did not find any witness.

"We're going to interview her when she's able to speak clearly. We're canvassing the area -- checking for surveillance video, and will make contact with her family." Lt. Grubbs said.

Investigators say no one in the area reported hearing gun shots.

Police confirmed they are searching for a suspect or suspects, but have not released a description.

The woman has not been identified.