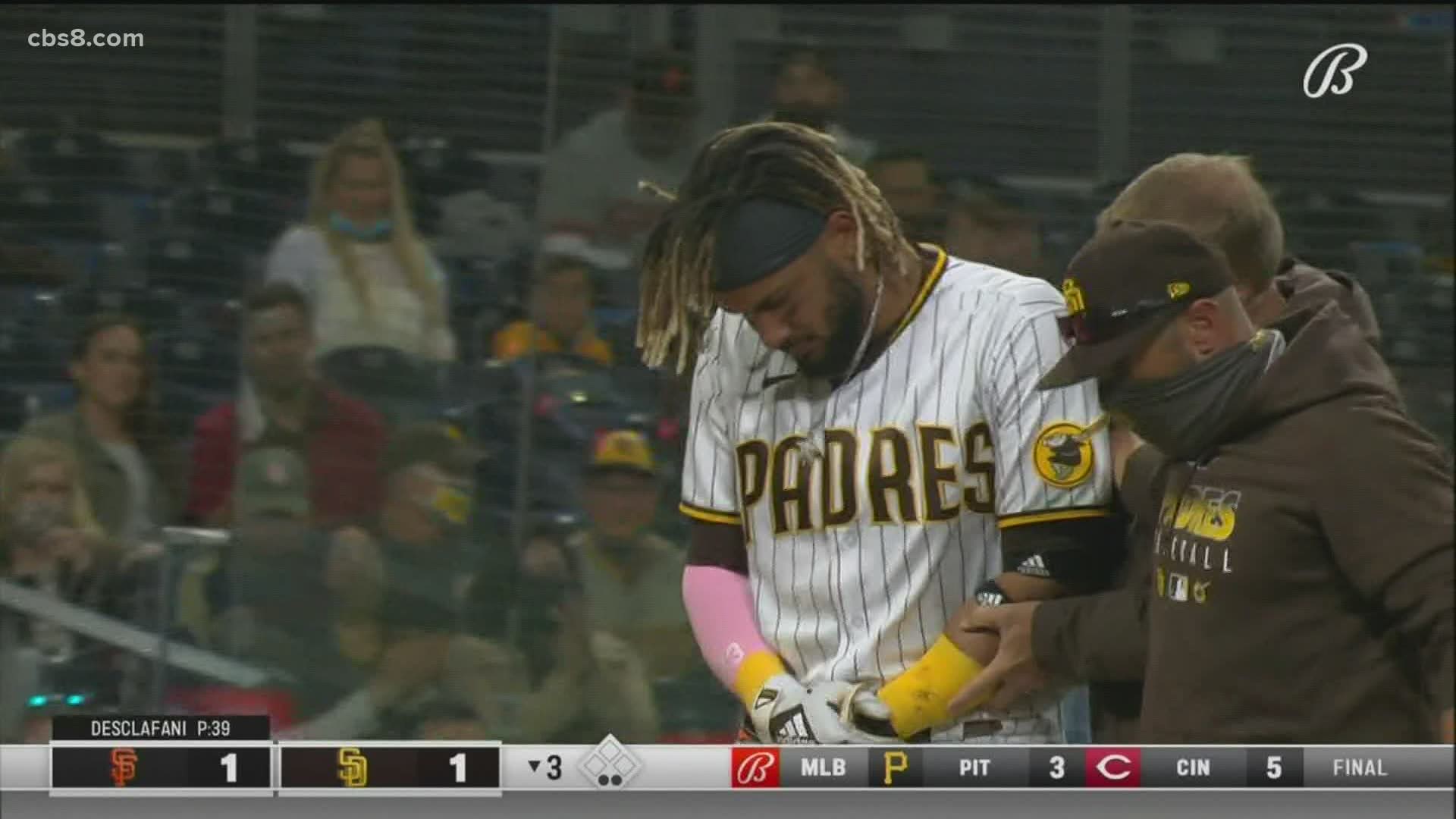 SAN DIEGO — Padres star shortstop Fernando Tatis Jr. hurt himself Monday night taking a hard swing and immediately left the game against the San Francisco Giants, according to multiple reports. Tatis winced in pain as he fell to the ground, an AP report described.

A subluxation is a partial dislocation, according to medical websites.

Update from the clubhouse: Fernando Tatis Jr. left tonight’s game with a left shoulder subluxation. He will be re-evaluated tomorrow.

As he got up, Tatis was cradling his left arm, and as he was helped off the field, two trainers helped hold his left arm against his body.

Tatis made headlines earlier this year with a massive $340-million, 14-year contract extension, which also included a no-trade clause.

The $340 million deal was the third-largest in the major leagues and came in just ahead of fellow Padre Manny Machado's $300 million deal signed two years ago.

In addition to signing a mega extension, the young Padres phenom, Tatis Jr., was announced as the cover athlete for MLB The Show video game in February.