Four different players hit grand slams for the Padres in their past four games setting a record in Major League Baseball.

SAN DIEGO — During the fourth game in a row against the Texas Rangers, the San Diego Padres hit a grand slam Thursday night setting a record in Major League Baseball. The latest bases-loaded home run was hit by first baseman Eric Hosmer in the fifth inning.

Hosmer’s shot off Kyle Gibson with one out in the fifth inning bounced off the top of the right-field wall and into the seats, giving the Padres a 5-2 lead.

The Padres ended up sweeping the Rangers in the four-game series. They won Thursday in the 10th inning with a score of 8-7.

The Padres' grand slam barrage started Monday when star shortstop Fernando Tatis Jr. hit a controversial homer, Wil Myers hit one on Tuesday and Manny Machado nailed a walk-off grand slam Wednesday on a 3-2 count in the bottom of the 10th with the Padres down one run to the Rangers.

It has been done three times before in the American League. Milwaukee was the first team to do it in 1978, followed by Detroit in 1993 and most recently the Chicago White Sox did it in 2006.

The Padres next take aim on Lance McCullers when he starts for the Astros at Petco Park. Houston has won eight in a row.

See below for Hosmer's latest addition to the grand slam club below:

What a weird, random, beautiful sport this is. pic.twitter.com/YPXcd8Eyz1

Had to do it to ‘em. pic.twitter.com/r3gobbX0RV 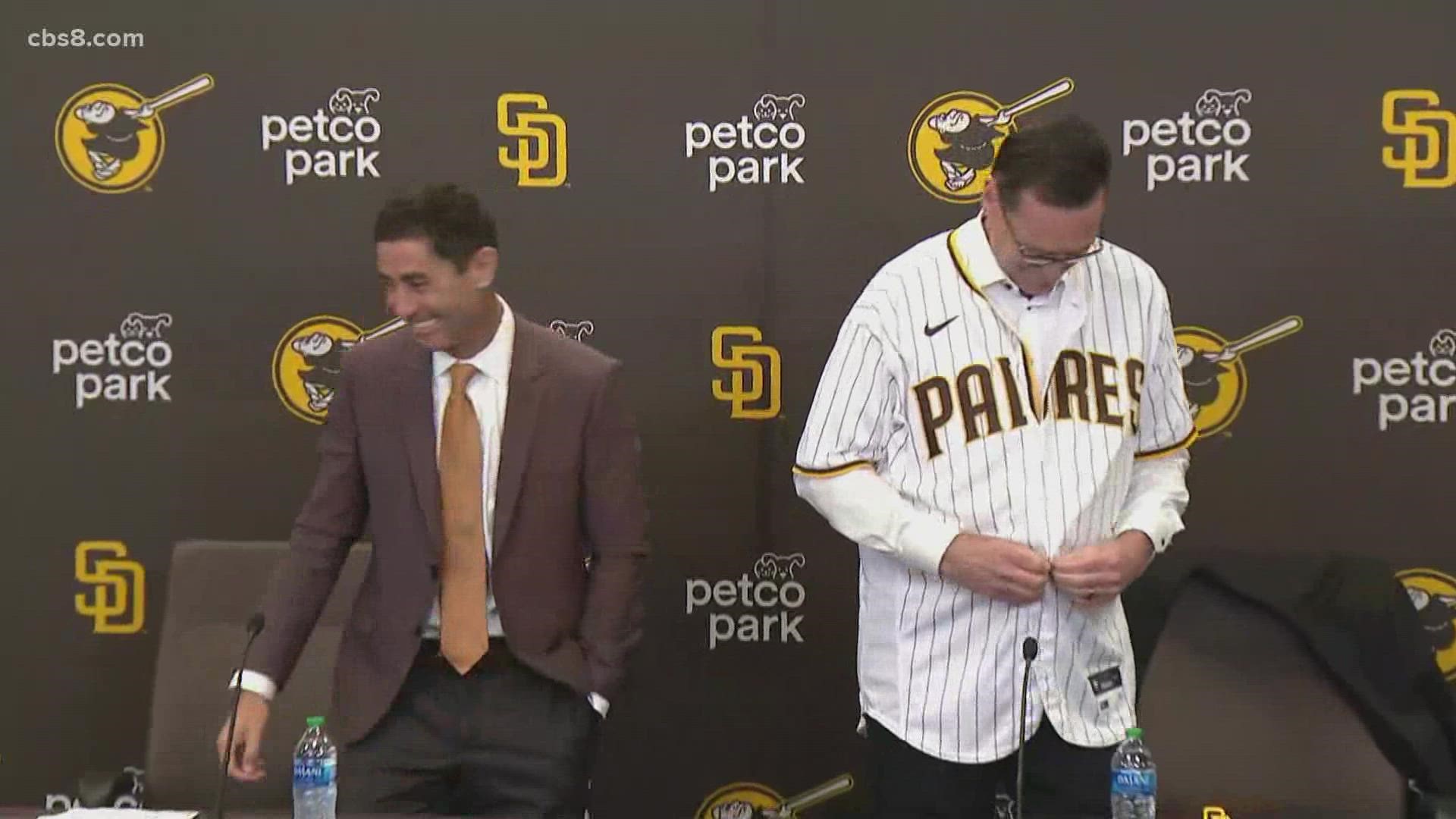