John David Wicker, SDSU's athletic director, said he was working with student-athletes and coaches to prepare for an eventual rescheduling of the season. 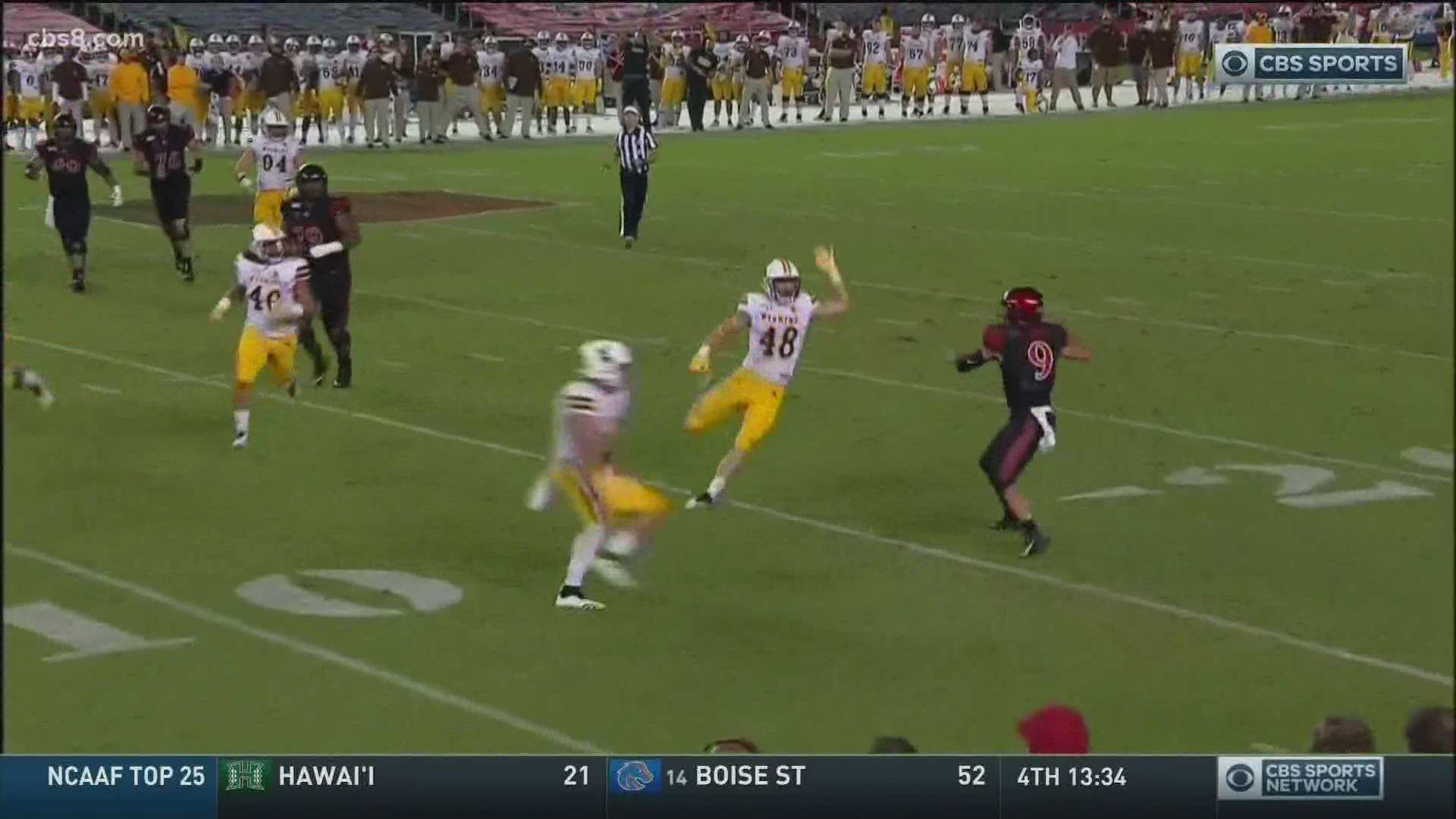 SAN DIEGO — San Diego State’s football season has been sacked before it even got started. The Mountain West Conference announced Monday that it is officially postponing the season for all of its teams because of concerns surrounding COVID-19.

"Nothing is more important than the health and well being of our students, student-athletes, coaches, faculty, staff and overall communities," said Mary Papazian, president at San Jose State University and chair of the Mountain West board.

The Aztecs are now part of a growing list of teams making that move, a list that already includes USD.

RELATED: Pandemic taking a toll on student-athletes according to poll by NCAA

“I have just felt like there was too much uncertainty - too much unknown - about COVID-19 to play,” said Bill McGillis, USD’s Athletic Director.

McGillis said it wasn’t an easy decision, but the safety of student-athletes and the rest of the college campus community has to come first. The Toreros are hoping to play football in the spring.

Word is now spreading that several of the Power 5 football conferences - including the Big-10 and Pac-12 - will announce similar decisions this week. Some of the game’s biggest stars, including Clemson quarterback Trevor Lawrence, are not happy about it. Several athletes took to social media with the now trending hashtag #WeWantToPlay. President Trump retweeted it, adding “The student-athletes have been working too hard for their season to be cancelled.”

Financially, the move could tackle university budgets for a big loss, affecting other sports.

To make it clear, the plan is still to play football - just move it to the spring. Logistically, that could be tough for a lot of schools, with football competing with basketball, but schools said they'll do what it takes to get their student-athletes safely on the field. As McGillis put it, “Our mission at USD is that if the virus allows us to pay - we plan to play.”