NCAA polled 37,000 student-athletes. The majority reported experiencing high rates of mental distress since the outset of the pandemic. 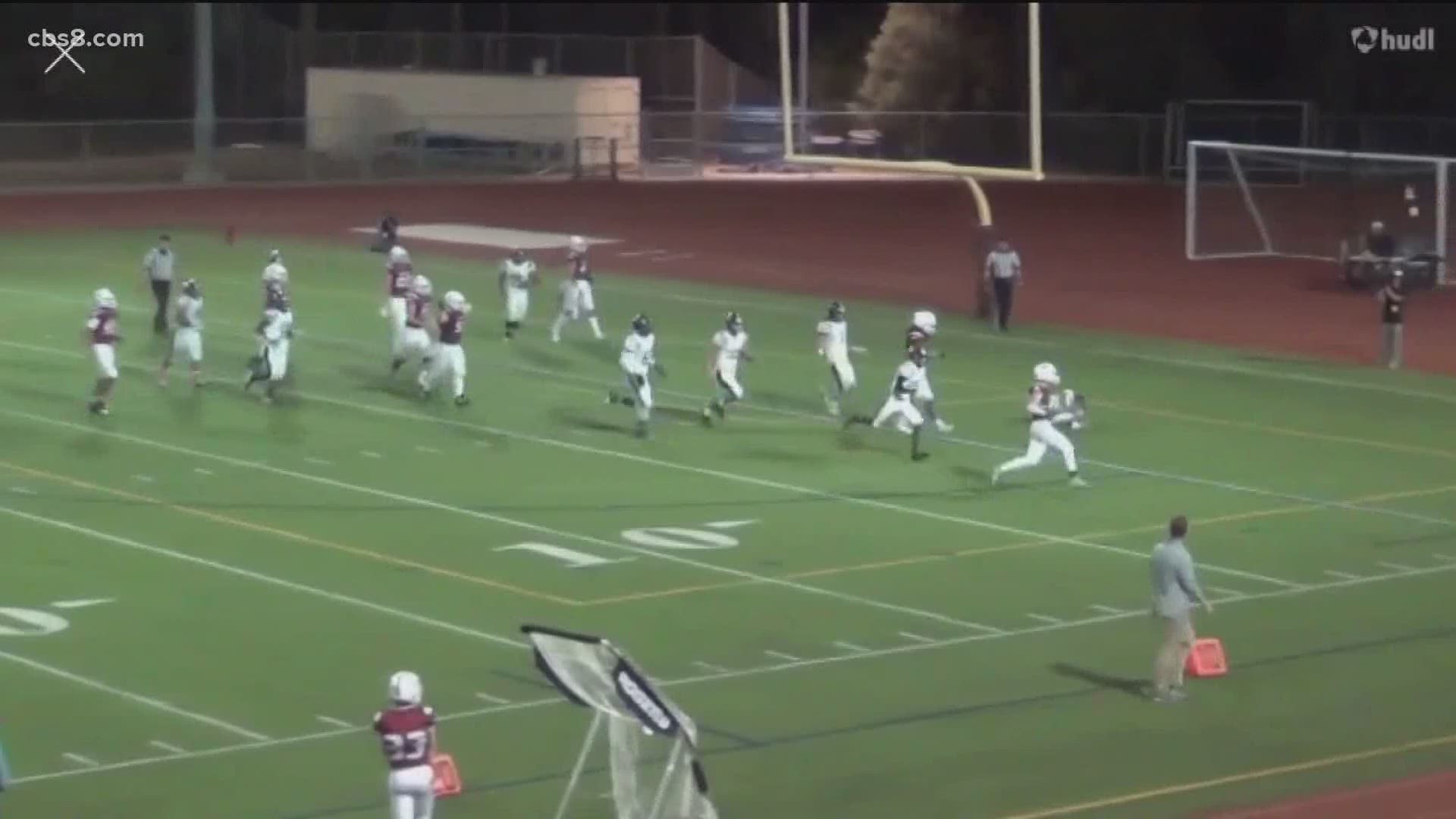 SAN DIEGO — Student-athletes across the country and in San Diego face an uncertain season due to the pandemic. Some experts have said it's taking a toll on their mental health.

Many miss the camaraderie of being around their teammates. Others have dreams of playing in college or professionally and now worry their future is in jeopardy.

"Me and my football buddies we're like scared to death we weren't gonna be able to play football," said Ethan Nicholas.

Nicholas is about to be a senior at Scripps Ranch High School. He's on the football and baseball teams and said not being able to work out with his teammates has been hard.

"It's really not easy just thinking last season could possibly be your last season," said Nicholas. "Especially if you aren't going to play college [sports]."

He said for those who want to play college ball, getting noticed by recruits has been harder this year. He's mostly been reaching out to schools via e-mail.

"It's really tough not being able to go to camps because some kids rely on camps to get looked at and noticed," he said.

Thousands of other student-athletes are dealing with the same thing.

"Sport is such a big part of their identity," said Dr. Ketra Armstrong, professor of sport management at the University of Michigan. She's also the faculty athletics representative for the school.

"They're used to a regimented schedule. They're used to some 'knowns.' They're used to knowing where the guardrails are, what the rules of the game are. They try to govern themselves accordingly. But in this pandemic, the rules are changing. It's fluid. There's an ebb and flow of uncertainty," said Armstrong.

According to a recent study by the NCAA, of the 37,000 student-athletes polled -- over a third reported experiencing sleep difficulties. More than a quarter reported feeling sadness and a sense of loss, and 1 in 12 reported feeling so depressed it has been difficult to function, “constantly” or “most every day."

Armstrong recommends parents talk to their kids and that they also reach out to their child's school for resources.

As for Nicholas, he's trying to stay positive. He's not giving up on his dreams of playing football in college.

"I know that in the end, everything's gonna be all right," he said. "All you really can do right now is keep yourself motivated and keep working out, keep yourself in shape, and hope for the best."

He said his coach taught him not to take any moment playing high school sports for granted.