For the very first time in Rivers' career, he won an NFL football game while not wearing a Chargers uniform. 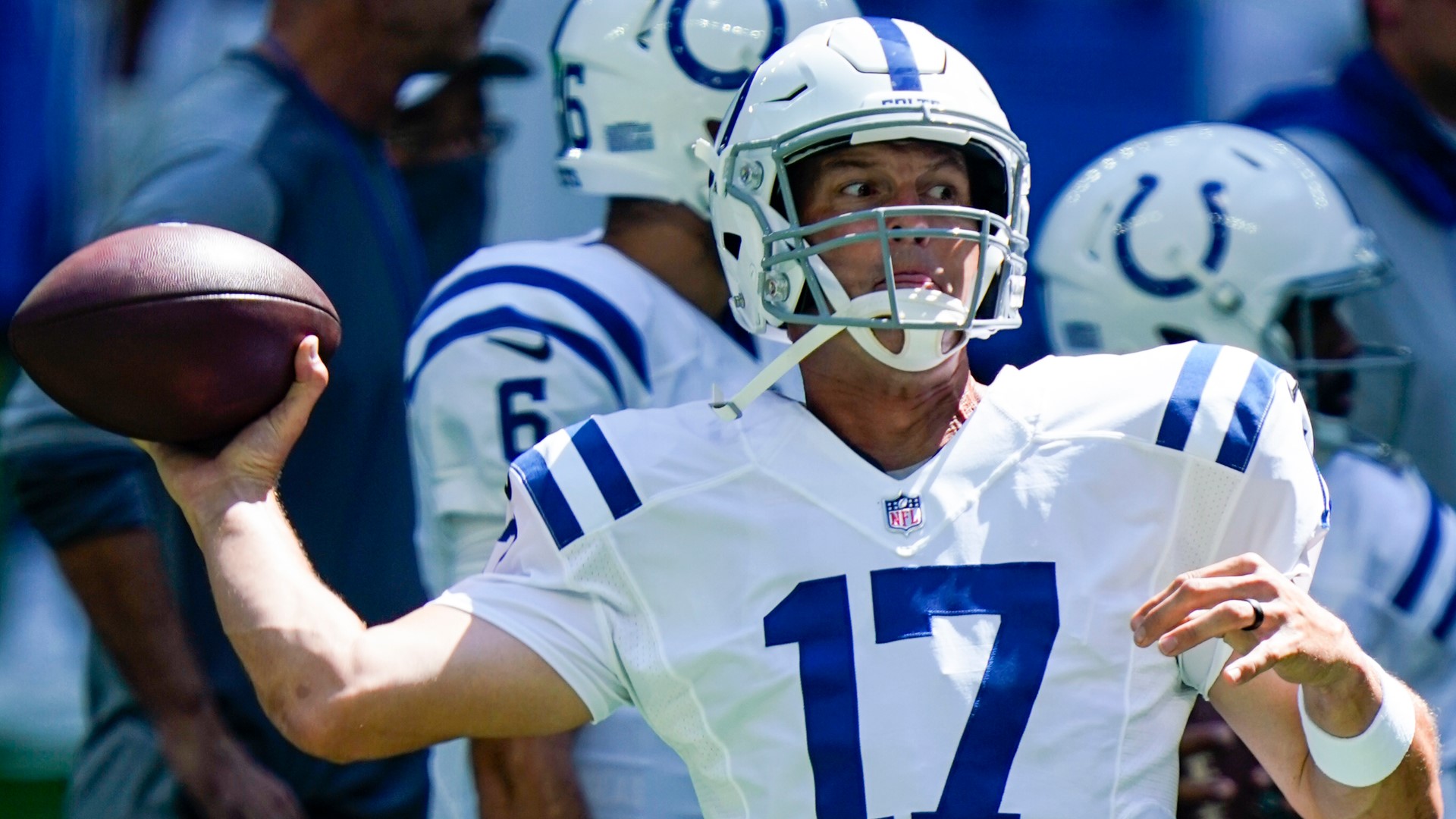 SAN DIEGO — News 8's Kyle Kraska gives his take on Philip Rivers as he moves on from the Chargers.

Philip Rivers won an awful lot of football games wearing a Chargers uniform, but Sunday in Indianapolis - for the very first time in his career - he won an NFL game without a lightning bolt on his helmet.

Philip and his Colts knocked off the Minnesota Vikings by a final of 28-11 and in doing so, it looks like Philip and the Colts have discovered that winning formula. Let's face it, Philip will turn 39 years old on Dec. 8 of this year. Gone are the days when he can throw the football 50 times and win a game all by himself - if that ever was truly the case.

Back in the day here in San Diego, Philip had it all. He had an all-world running back in the LaDainian Tomlinson. He had a Hall of Fame tight end in Antonio Gates. And he had a terrific defense behind them.

And essentially, that's what it looks like he has now in Indianapolis.

"When we're efficient and we don't turn it over and we run it 30 + times and our [defense] plays like that, we’re going to win a lot of games," Rivers said after Sunday's victory.

He has Jonathan Taylor now. This rookie out of Wisconsin is terrific! Pressed into duty because of the injury to Marlon Mack, Taylor on the day had 26 carries for 101 yards. He also found that he has a tight end. Jack Doyle went down with injury and in steps Mo Alie-Cox who had five catches for 111 yards.

On the other side of the field, the Colt's defense was spectacular, limiting Kirk Cousins to 11 of 26 passing, no touchdowns, three interceptions, and a safety. Kirk Cousins’ passer rating Sunday was 15.9!

So all in all, it looks like Philip and the Colts have figured something.

"The term 'manager' has always, always had a negative, you know, whatever. It's been a negative, seen as a negative. Sometimes I think that whatever the quarterback's job is. Sometimes [the] quarterback's job is to say, find a way to lead. Sometimes [it] is to hand it off, not turn it over, get everybody lined up and handle emotions and make a few checks here and there. And that's the term, 'game manager.' And that's what it today was. It was kind of fun," Rivers said after the game.

"This team is built to win in a lot of different ways. However, that is each and every week. I think that our guys and our staff, we're all committed to doing that," he added.

So all that being said, congratulations to Philip getting his first win as an Indianapolis Colt. They are now 1-1 on the season. If they continue to play like they played Sunday against the Vikings, the Colts are going to win a lot of football games this year and they will be a playoff team.

Why are different NFL games shown in different parts of the county?

People often ask why certain games are shown still in this market, specifically why the Chargers games are still shown.

I have heard people say "give us options. Don't force-feed one team or one game on us."

But taking a look at the ratings, if you really want to compare who's watching what in San Diego, there actually were a lot of options Sunday at 10 a.m., with two games head to head. And then, of course, you had the one o'clock game and then you had the Sunday night game.

Here are the overnight ratings in reverse order for Sunday, September 20 in San Diego:

2. Coming in second place Sunday, Sunday Night Football, the Patriots and the Seahawks with a 14 rating.

1. And the number one rated NFL game in San Diego on Sunday at 1 p.m. the Chargers and the Chiefs, a rating of 17.1. There you have it.