The San Diego Padres will open their 2012 season Thursday by honoring play-by-play announcer Jerry Coleman for his 70 years in baseball. 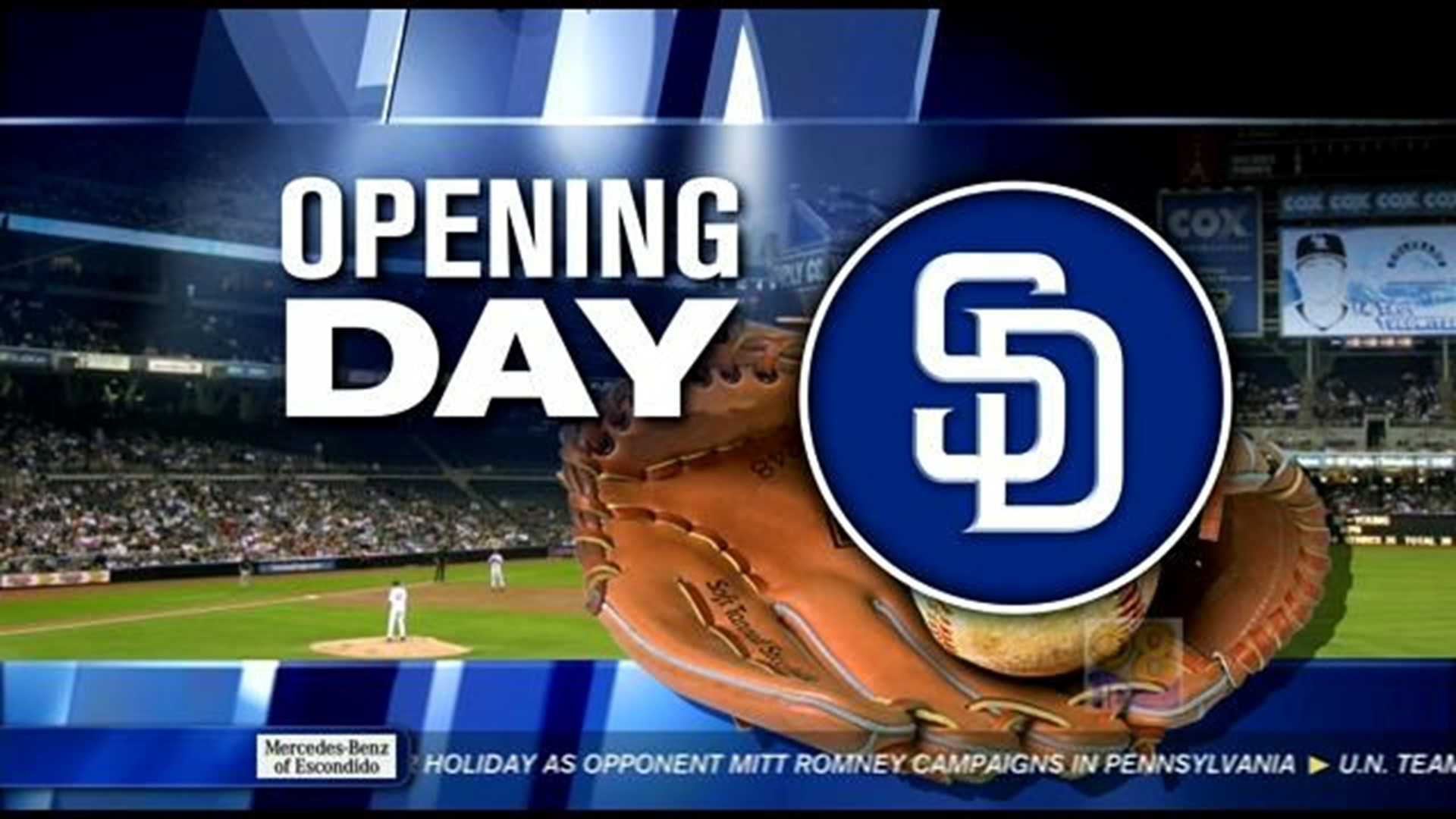 Coleman, an infielder for the New York Yankees from 1949 to 1957 whose career was interrupted by military service in World War II and the Korean War, has been in San Diego for 40 of those years, including one season as manager.

He threw the ceremonial first pitch to manager Bud Black and then celebrated with a fist pump as he grinned broadly.

"There's no day like opening day," Black told CBS 8. "For those of us fortunate to be in the game a long time, it gets better all the time."

The pre-game ceremonies also included the unfurling of the giant Holiday Bowl American flag by sailors of the USS Peleliu and the performance of the national anthem by the Navy Band Southwest.

The Padres started the season amid uncertainty over both their ownership and television coverage.

Jeff Moorad, who led a group that was purchasing the franchise in installments from John Moores, recently withdrew his bid for majority ownership.

Moores, who has left day-to-day operations of the ball club to Moorad and team President Tom Garfinkel, remains in control of the Padres. It is unknown whether he will resume an active role or will again try to sell the team.

Padres games will also be seen by fewer people on television than last year, at least to begin with. Fox Sports San Diego won broadcast rights to the games, but has only reached agreements with Cox Communications and DirecTV to carry its new channel, leaving out an estimated 42 percent of San Diego County households.

The Padres were 71-91 in 2011, finishing last in the five-team National League West.

The Metropolitan Transit System ran special trolleys from Qualcomm Stadium to Petco Park Thursday. Return service will begin around 6:30 p.m. and continue for 45 minutes after the final out.

The North County Transit District sent an extra Coaster train from Oceanside to the Santa Fe Depot in downtown San Diego. The return trip will begin 50 minutes after the final out - in addition to the regular 7:08 p.m. departure.