Rivers has 30 franchise records. His 224 consecutive regular-season starts are second-most among quarterbacks in NFL history and his 123 wins are ninth. 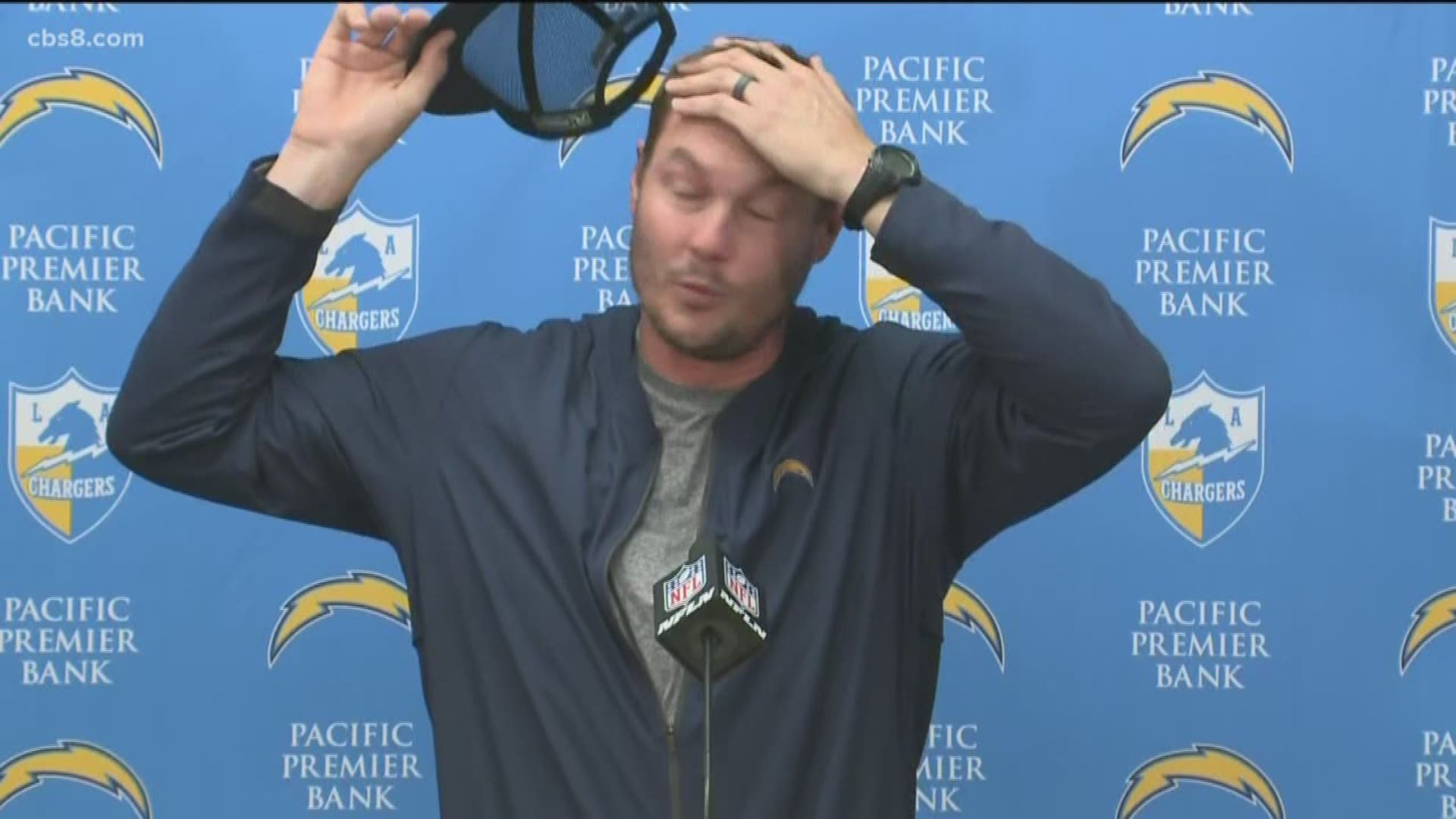 SAN DIEGO — Philip Rivers' career with the Los Angeles Chargers has come to an end.

The franchise announced Monday that Rivers will enter free agency and not return for the upcoming season. General manager Tom Telesco says in a statement that it has become apparent it's time for the team and Rivers to turn the page.

Rivers has 30 franchise records. His 224 consecutive regular-season starts are second-most among quarterbacks in NFL history and his 123 wins are ninth.

He is one of six quarterbacks to eclipse 50,000 career yards.

The Boltman, a well recognized Chargers fan, said it's an end to an era.

"Philip Rivers will always be an icon for San Diego, he will definitely be missed," he said.

Other fans said they saw the writing on the wall after the salary cap, becoming a free agent and his move to Florida.

"In light of the culture in the NFL now with the quarterbacks being able to make plays with their legs the era where Philip was most effective passed by," said Manny Rose II.

"After stepping back a bit from last season, we reconnected with Philip and his representatives to look at how 2019 played out, assess our future goals, evaluate the current state of the roster and see if there was a path forward that made sense for both parties," said General Manager Tom Telesco. "As we talked through various scenarios, it became apparent that it would be best for Philip and the Chargers to turn the page on what has truly been a remarkable run.

"Through 16 seasons, 224 consecutive starts and more 'dadgummits' and 'shoots' than any of us can count, not only has Philip Rivers been our quarterback, he's been the heart and soul of our organization," said Owner Dean Spanos. "He wore a bolo tie and cowboy boots to games. He introduced us to 'Nunc Coepi.' He always went out of his way to interact with the fans, and he even made fans of nuns. Over the years, I think he broke just about every team record in the book and, simply put, it was just fun to watch him play football.

"There's only one Philip Rivers, and we've been fortunate to call him our QB1 for the better part of two decades. We cannot thank Philip enough for giving it his all on every single down and for the memories he created that will last a lifetime."