Tony Hawk releases $500 skateboards infused with his own blood

Profits will go toward fighting plastic pollution and building skateparks in underserved communities. 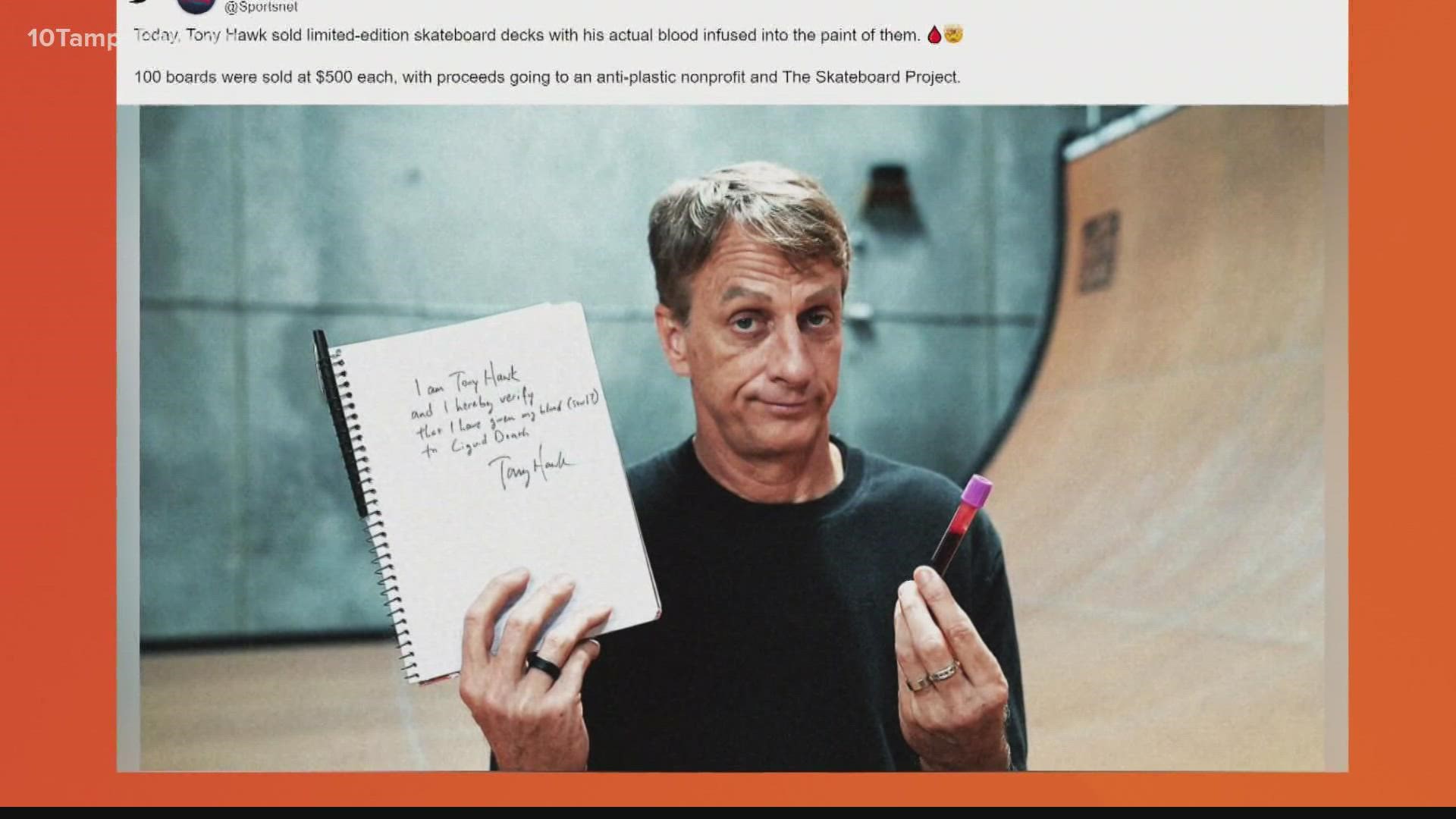 LOS ANGELES — Tony Hawk just gave his blood to 100 people who bought a skateboard infused with it.

"Apparently I didn't read the fine print and now Liquid Death officially owns my soul...and my blood, too," the skateboard legend told the water company in a YouTube video. "I don't know it's very confusing. They're taking my blood and we're gonna use it for skateboard graphics."

With that, the pro skater agreed to give 100 vials of blood to be mixed into paint that was used in the design of a limited-edition skateboard deck that is already sold out, USA Today reports.

Liquid Death sold all 100 skateboards with red decks and the company's "Murder Your Thirst" slogan. Also featured is a man's body with a Liquid Death can of water in place of his head. He's holding a skull and pointed ax.

Some of the profits will go toward killing plastic pollution and building skateparks in underserved communities, Hawk said in an interview on the water company's site.

The boards come with certificates of authenticity, per USA Today.