Thursday’s price jump makes California’s gas tax 51.1 cents which is the highest in the United States. 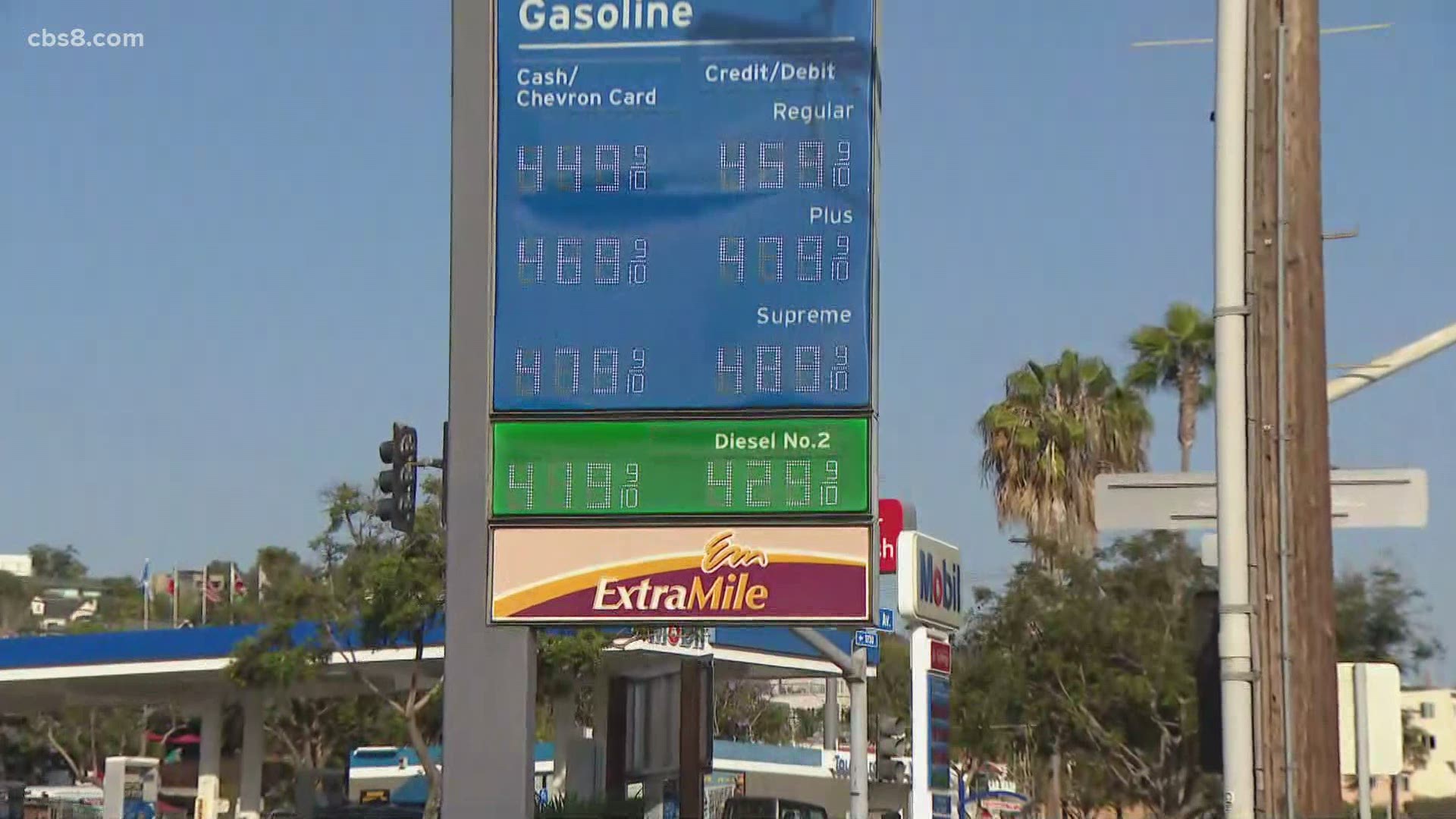 SAN DIEGO — The state of California’s latest gas increase goes into effect on Thursday and has many residents frustrated.

This automatic increase is due to Senate Bill 1 that was signed into law in 2017 and incrementally raises the fuel excise tax each year to help fund road and bridge repairs. It is an overall 51.1 cents per gallon making California's total state taxes and other charges on gasoline the highest in the country. Since SB1’s passage in 2017, California’s gas tax has increased by 21 cents.

SB1 is also known as the California Road Repair and Accountability Act of 2017 which divvies the revenue between state and local governments. The state maintains that most of the money goes to fix potholes and rebuild crumbling roads, bridges and public transportation.

Richard Matz, like so many other drivers News 8 talked to, isn't happy about it.

"The politicians just keep gouging us for more and more," he said. "It doesn't even matter if they're Democrats or Republicans. They just want our money and the thing is, we're not getting the value we're paying for it."

Carl Demaio with Reform California said it's all a scam.

"It's a fraudulent tax because we were told we were going to get great roads," he said. "Well, our roads are the worst in the country according to a variety of indicators."

So just how much will this new tax increase cost Californians?

"It's about six-tenths of a cent per gallon, and for that typical 14-gallon size fuel tank, that means you're paying about 8 cents more per fill up, so not a huge difference," said Doug Shupe, AAA Spokesperson for Southern California.

That bump in tax is on top of the federal gas tax we all pay at 18.4 cents a gallon. The average in San Diego is $4.26 for a gallon of regular unleaded gas.

Last month, California Republicans sent a letter to Gavin Newsom asking for the state to suspend gas tax collection for the 2021-2022 fiscal year and use money from the state’s general fund to cover the loss.

According to state leaders, the gas tax costs a family of four around $800 every year.