Expect a weak Santa Ana pattern with offshore winds through Wednesday. A small chance of t-storms arrived Thursday into the weekend. 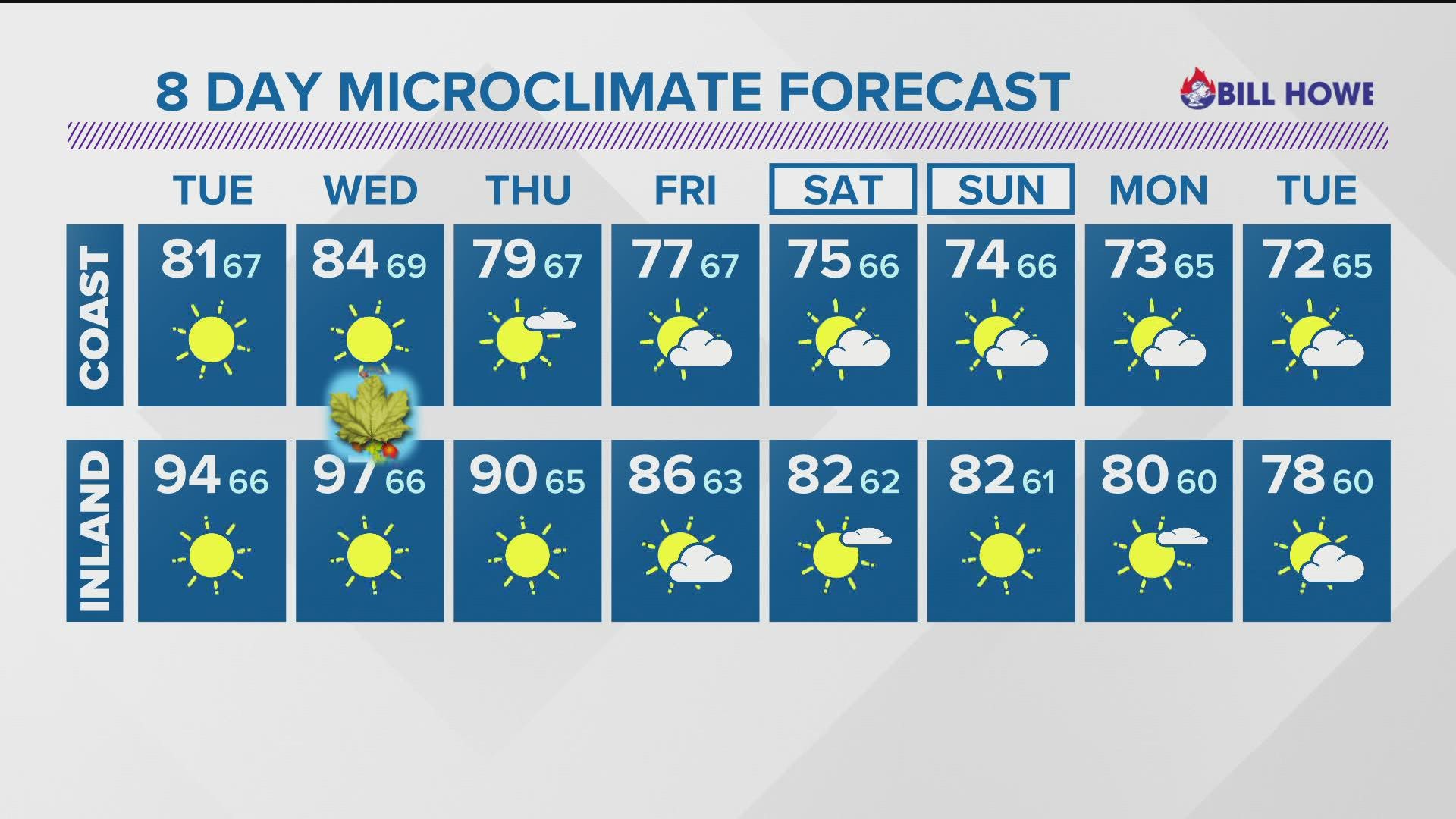 Offshore flow will keep the marine layer shallow and in some cases non-existent for the first half of the week, encouraging clear conditions and only a few patchy clouds. Because of the clear skies, overnight cooling has led to a few pockets of chilly early morning temperatures mainly in the 50s, but in some cases as cool as the upper 40s. By the afternoon, expect plenty of sunshine and temperatures around average, accompanied by weak Santa Ana winds.

Forecast high temperatures around the region will rest mostly around average, if not slightly cooler. A treat for the early risers on Monday was the full moon, as seen from San Miguel Mountain, facing west. Expect clearer conditions including along the coast as offshore flow continues to take shape for the first half of the week.

Plenty of light shining through this morning under mostly clear skies -- peep that full moon 🌝 pic.twitter.com/ZPsudFgZzn

The first half of this week shows a decent warming trend -- especially inland and across the mountains -- before much more fall-like temperatures arrive for the weekend and next week. It shouldn't come as a huge surprise since the official start of fall will arrive on Wednesday, September 22.

There is a small chance of thunderstorms developing Thursday and Friday but that chance will likely remain minimal and over the mountains. That chance subsides by Saturday night with a drying and cooling trend for the second half of the weekend into next week.