The cub was originally spotted by firefighters from the Vista Grande Fire Station near a road in Idyllwild on September 2nd. 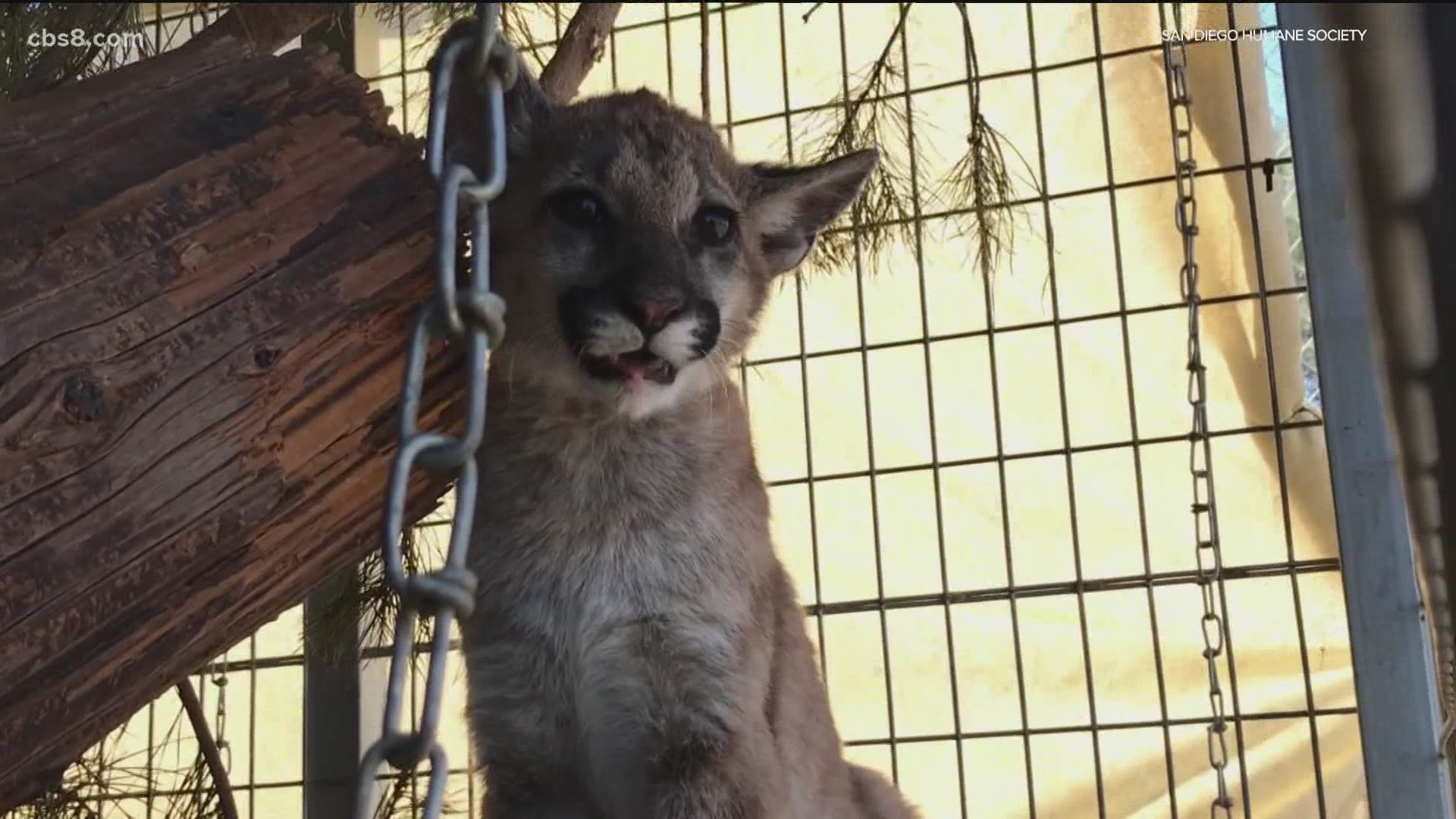 The team at the organization's new Ramona Wildlife Center transported the healthy cub to the Southwest Wildlife Conservation Center in Scottsdale, Arizona where she will be able to grow up around other orphaned cubs her age.

The cub was originally spotted by firefighters from the Vista Grande Fire Station near a road in Idyllwild on September 2nd. She was semiconscious, extremely emaciated, dehydrated, weak and had tremors. The firefighters contacted the California Department of Fish and Wildlife, who reached out to San Diego Humane Society. She weighed only 10.5 pounds.

After two months of intensive care from the Project Wildlife’s Ramona Campus Team, including daily fluid therapy, medications, and carefully monitored transitions to solid food, the cub has nearly doubled in weight to 22 pounds and is now thriving and healthy.

"When she arrived we really weren't sure that she was going to survive. She had a rough time," said Andy Blue, with San Diego Humane Society's Project Wildlife.

"Initially she was only eating from a syringe and staff would sit in there with her and spend plenty of time with her," said Blue.

Caretakers never gave her a name as she was never meant to stay here. And it is for the better.

"Our goal here is to rehab and release back into the wild. We do have a few that are sanctuary and can’t be released and she is one of them," said Blue.

It is not safe for very young orphaned cubs to be returned to the wild after being rehabbed by humans, so she is headed to a permanent home with two other cubs at Southwest Wildlife Conservation Center in Scottsdale.

A vet tech from the conservation center picked her up today for the 5-hour drive home.

"She is going to be in a big outdoor enclosure. Lots of enrichment and honestly just a lot of care and training with our keepers," said Gray Wirtanen, Southwest Wildlife Conservation Center.

Project Wildlife is one of only two licensed rehabilitation organizations that have a special agreement with the state to work with black bears and are also routinely called on to assist with other apex predators, such as mountain lions.