Betting on a high turnout, a South Bay casino is taking its business outdoors. Seven Mile in Chula Vista is using a large tent outside as a temporary card room. 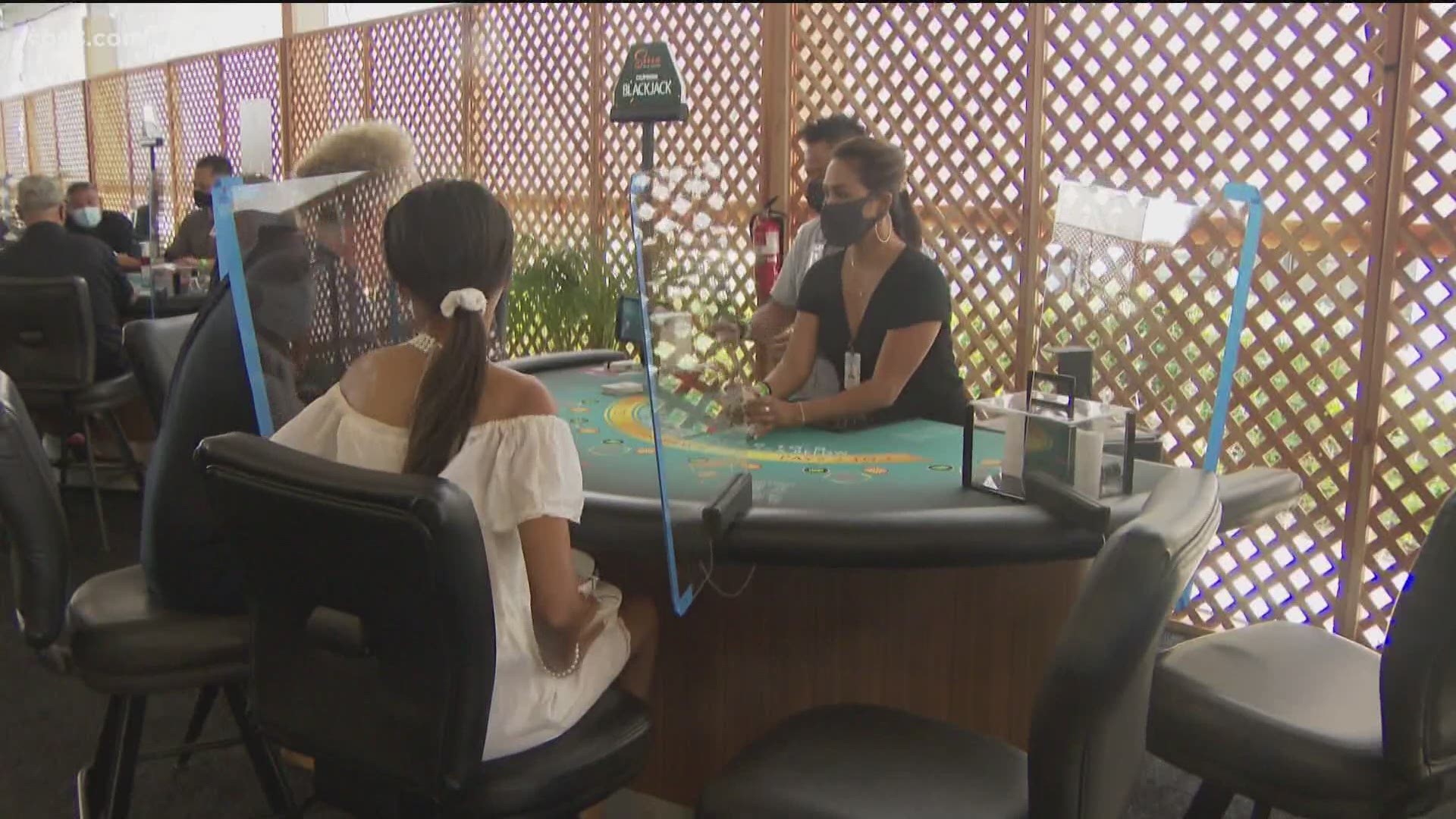 CHULA VISTA, Calif. — Although in the middle of a pandemic, the Seven Mile Casino reopened its doors to guests, but not inside the traditional casino that was started five years ago.

"We were able to take the very best of what we had indoors and move it outdoors,” said Seven Mile Casino Spokesperson Brad Samuel.

Employees moved the 25 card tables outside the Seven Mile Casino building on Bay Boulevard in Chula Vista to underneath a 5,500 square-foot tent.

"We've got dividers set up. We've got our masks. Every single dealer is wearing a mask,” Samuel said.

On its opening day, Samuel said the goal is to keep gaming alive without risking your health.

"We have our handwashing stations and temperature checks before you come in. We want to make it safe and fun,” Samuel said.

It's putting over 250 employees back to work who said they are sanitizing poker chips and swapping out cards for new decks throughout the day. The card games available are California Blackjack, poker, Pai gow and baccarat.

Bringing in a light crowd, the casino guests News 8 spoke to did not want to be shown on camera, but several said they would come back and not just to win big, but to enjoy tasty tacos from a food truck parked on site.

Security cameras are at each Blackjack table to not only monitor against cheating or theft, but also to contact trace.

Samuel said if someone by chance was to come in and later say "hey, I wasn't feeling well, and I was at Seven Mile," they'd be able to trace that person's activity.

"This is certainly not a standard tent. The company that does tents for the Oscars, they came down they worked through this with us to get it set up safely,” Samuel said.

Employees are stacking up their hopes that people will shuffle in and give outdoor gaming a try.

"The ability to have a fun and safe diversion is something we feel good about,” Samuel said.

Seven Mile Casino is open 24 hours each day with food service inside a smoke-free environment.