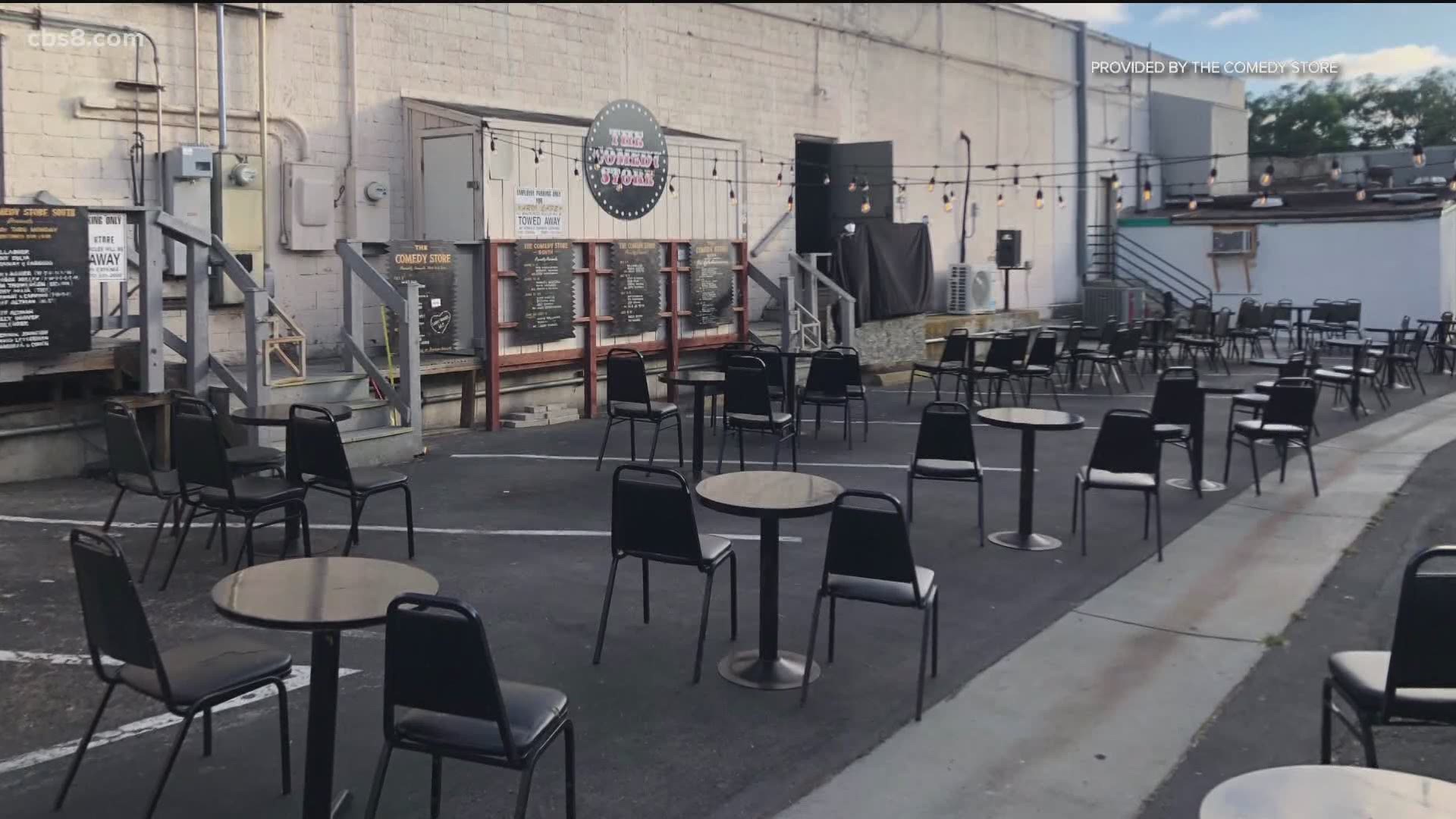 "We had to shut down, everyone had to go home," said Mike Vinn, Assistant Manager of The Comedy Store in La Jolla.

He tells News 8 officers came through and ordered them to close, just as customers were about to arrive to one of their outdoor shows.

"The manager on duty had to wait until everyone got there and tell them 'Sorry we got shut down, here’s your money back,'" he said.

Which Vinn says is confusing since the club has been operating outdoors since early July with no problems.

"We did everything right," said Vinn. "Everything was socially distanced, sanitized, [we took] every precaution under the sun."

"I was upset," he added. "All the work we put into doing it, measuring stuff, how we can make it work and happen, and then we did it and it worked. And to have it taken away from us."

American Comedy Co. downtown was ordered to close on Saturday too. They posted about the closure on Instagram. An employee tells News 8 they were also told - no live performances allowed.

According to the state's website, the guidance for reopening restaurants "is not intended for concert, performance, or entertainment venues. restaurants, bars, and wineries must discontinue this type of entertainment until these types of activities are allowed to resume modified or full operation."

"They’re not paying attention to what people are doing to keep people safe," said Vinn. "They’re just blanket closing things and lumping everyone together."

Sunday News 8 reached out to SDPD, to the city, and the county for an explanation about the closures. No one responded.