NeoVolta says the $14,000 battery will pay for itself in around 5 years. 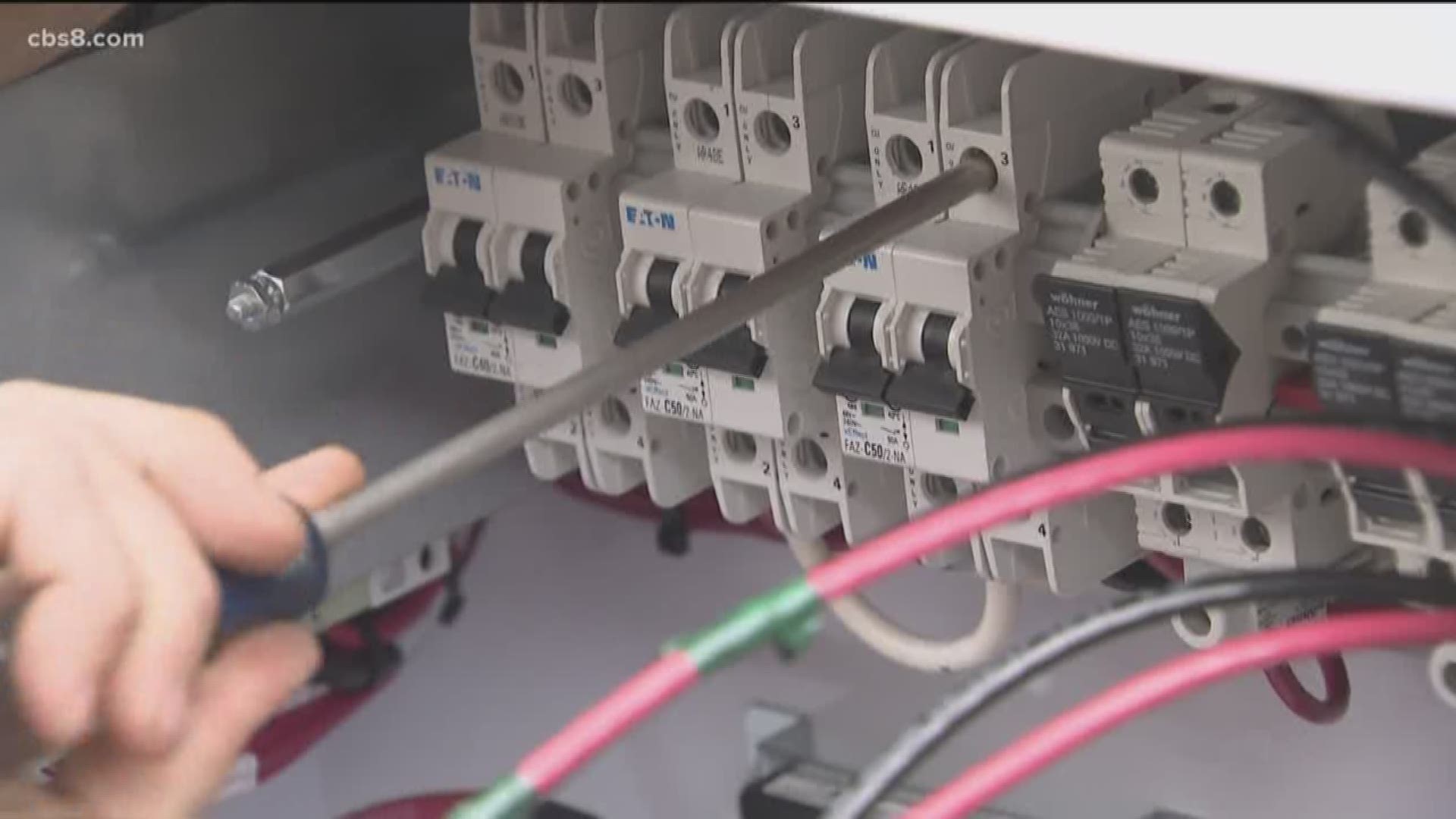 POWAY, Calif. — During last year’s fire season, people living in California experienced an unprecedented move by power companies; they had their power cut off.

Shutting down a power grid to prevent wildfires has seemingly become the new norm.

While most of us may just have to live with this inconvenience, Brent Willson from San Diego says there’s another option out there to help you live off the grid.

Business has been booming since Willson began installing the batteries last summer. “I’m at over 100 now, and we really only started installing back in June, and I’ve got purchase orders for several hundred already,” Willson said.

Willson is no stranger to solar energy, and how to store it.

As base commander in Hawaii, the Marine Corps Colonel says he experienced a lot of blackouts from aging power stations. So, he started installing solar panels, and batteries to store the energy.

When he retired, some investor friends asked Willson to build an efficient and affordable home battery.

It was a 2-year project for Willson.

“We are all contained in one unit, other than the critical load sub-panel. Most competitors have multiple components and you end up with a lot of conduit running all over the installation. It’s 14.4 kilowatts of lithium iron phosphate energy storage powered by a 7680-watt inverter. You get a bigger more capable more powerful inverter, and safest battery technology,” Willson said.

Willson’s battery stores the energy from homeowners’ existing solar panels and automatically powers the home during blackouts, or during the energy company’s price-surging hours.

“They’re coming up with creative plans to try and draw solar customers back to ratepayers. Their answer is if you don’t like paying the high bills, use less electricity. Our answer is to maintain your quality of life and you’re immune to those things. They never come at a convenient time, you could have a house full of people and you’re entertaining, and the grid goes down,” Willson said.

Customer Doug Grinnell thought he was done paying a utility bill. “Last year they started charging us more from 4 p.m. to 9 p.m. "We thought, we have solar why is this happening?” Grinnell asked.

Wanting to completely avoid those energy bills, Grinnell, an attorney who works from home, had the NeoVolta battery installed in October.

Back in November, there was a power outage in the Crown Point area. A thousand homes lost power. That night when the lights went out in Grinnell’s neighborhood, there were two homes where the light stayed on. Grinnell’s home, and across the street where Grinnell’s daughter lives. She also has the NeoVolta.

Brent uses independent installers to make the connections, which usually takes about a day.

News 8 met with installer, Jay Burden, the owner of Burtek Advanced Energy Systems. “We found this is one of the simplest out there. Everything’s all contained and functional, and it’s just one unit,” Burden said.

Willson says his $14,000 battery will pay for itself in about 5 years.

Several other big-name companies, like Tesla and Sonnen, make home batteries. The price, appearance, and where it can be stored, varies.

“Compared to our competitors we provide more battery capacity,” Willson said. And that’s one of the reasons Grinnell says he chose the NeoVolta over the Tesla battery.

He also liked the price and the fact that it’s produced here, employing about 2 dozen people.

“It made us feel good that it’s local,” Grinnell said.

Willson says a lot of his customers, like Grinnell, depend on the battery because they work from home.

For people with health issues, it’s a safety concern if the grid goes down.

“I have two customers that were affected by the blackouts during the Santa Ana wind period, that had legitimate medical concerns and their comment back to me is "the system already paid for itself,” Willson said.

San Diego does have several local solar dealers that sell the Tesla and Sonnen home batteries.

NeoVolta is the only San Diego company making the batteries here locally.

Willson is now working on a deal to take the battery national.

RELATED: The solar tax credits are changing in 2020