Mayor Esther Sanchez inherited the mayor's office amid the pandemic. She talks about the challenges, successes, and Oceanside's future. 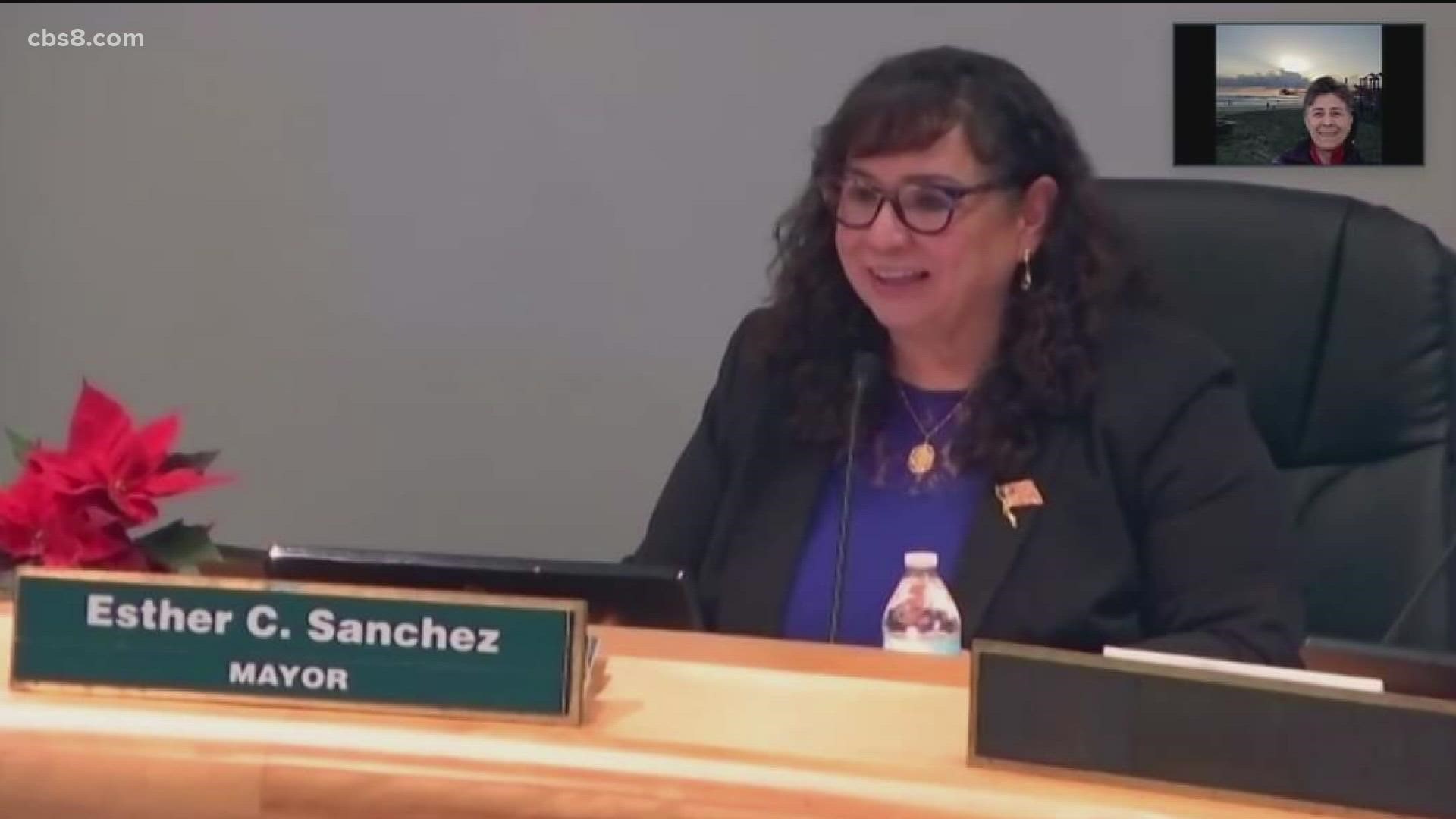 OCEANSIDE, Calif. — Walking toward the doors of Oceanside's City Hall, Mayor Esther Sanchez calls it all "something to conquer..." with a smile.

"I'm smiling because we have been doing some community organizing trying to get the word out about, for example, recovery funds," Sanchez said, as she sat down with News 8 Anchor Jesse Pagan.

Recovery is the name of the game for Sanchez, as she tried to figure out how to help her community bounce back from the pandemic.

"I want us to be safe," she said. It's so important to me that our community is safe."

Safety, plus using more than $30 million the city got from federal COVID-19 funds to bolster families and businesses, are the focus on Monday. But she also has her eye on plans for Oceanside's tomorrow. And though she won the mayor's race during a historic pandemic, she's making history on her own, as the first woman and Latina to hold the office.

"It feels wonderful," she said of her win. "I think, especially for the girls, young women in Oceanside, to let them know that they can do whatever they want. They can."

Sanchez is an Oceanside native. She was born and raised in the city, spending most of her time in "District 1." Her father moved to Oceanside at the age of seven. Her mother was born in Zacatecas and grew up in Tijuana, before immigrating to California.

Sanchez moved away for college, before coming back to the University of California for law school. She worked as an attorney and public defender for decades, before serving on Oceanside's city council for 20 years. She says that experience built her problem-solving approach as an elected official.

Creating and attracting jobs with livable wages to Oceanside is one of her main focuses as mayor. She says that, in turn, could help ease traffic from commutes, lessening the city's contribution to climate change. Finding a solution to homelessness and affordable housing are also high on Sanchez's list of issues to tackle.

Sanchez plans to run for mayor two more times, hoping to max out on terms and get as much done as she can, including bolstering the city's tourism and farming-to-housing balance.

"I keep thinking of what would I like Oceanside to look like at 2050," Sanchez said. And the answer to that likely includes a long history of women leading the city.