While the project's supporters say it would create hundreds of jobs, opponents counter it would increase traffic and pollution 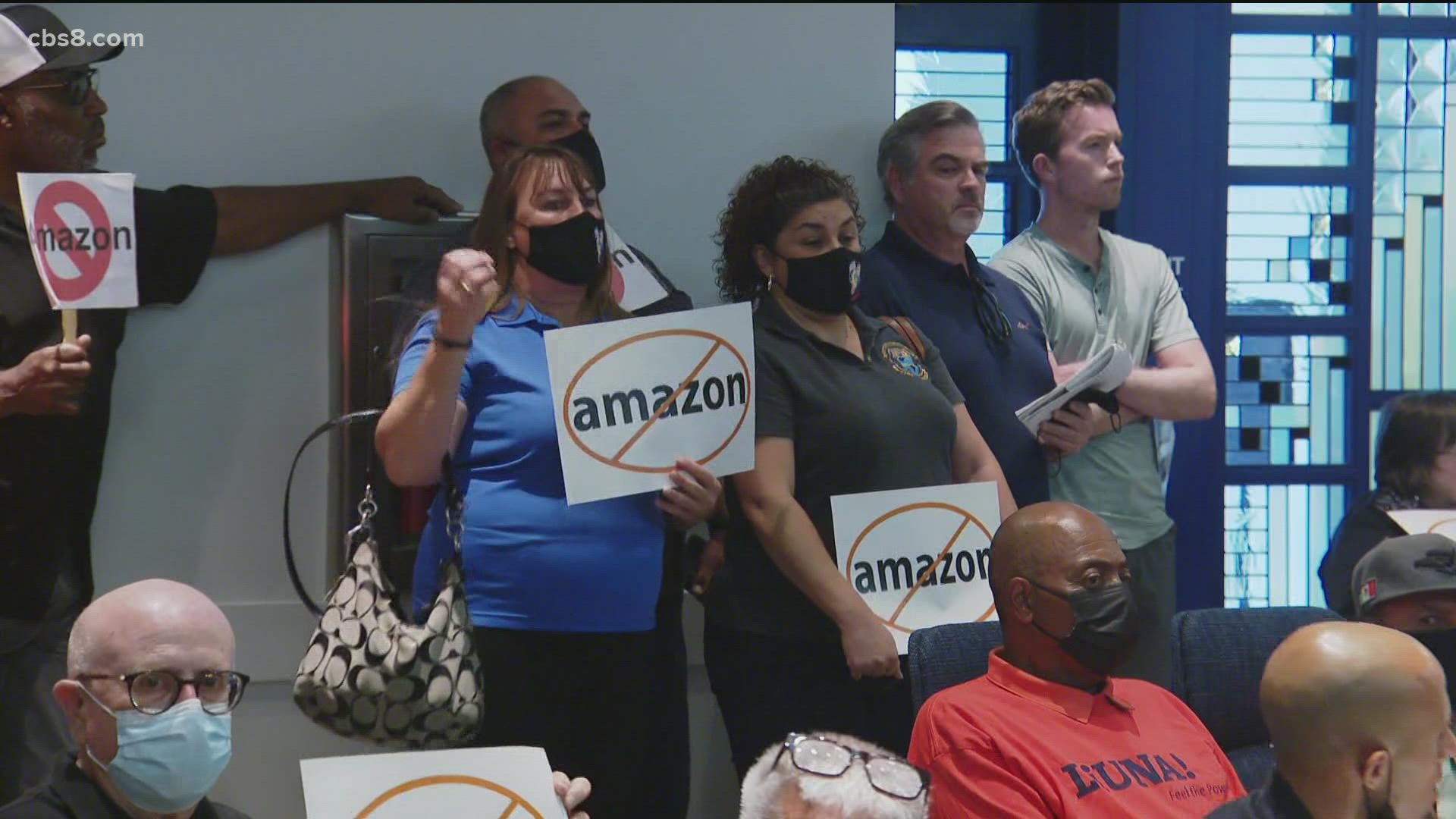 OCEANSIDE, Calif. — Neighbors in one Oceanside community who had battled to keep a new Amazon distribution center out of their neighborhood are claiming victory.

Earlier this year, the Oceanside's planning commission gave an initial approval for a warehouse on Ocean Ranch Boulevard.

While supporters say it would have created jobs, opponents said it would create more traffic and pollution.

Oceanside's city council, though, voted unanimously Wednesday night to deny this project, which would have green-lighted a 142,000-square-foot distribution center for Amazon: a "neighbor" that many local residents here say they were not anxious to see.

Vocal opponents who live near the location said that, with hundreds of trucks and delivery vans coming in and out, the project would create massive traffic congestion and pollution for nearby residents of all ages.

"The project threatens the children who attend the three schools within a mile of this location," said resident Jeanne Leeper.

Leeper added that it would also disrupt the quality of life for all neighbors.

The project's defenders, though, countered that these environmental concerns were overstated, and had been addressed in the earlier planning commission meeting.

Supporters of the project also pointed to the construction jobs it would offer to build the distribution center, as well as an estimated 500 Amazon warehouse and contract jobs that the developer said this project would create: including many set aside for local veterans.

"I just really hope you join me in supporting more job opportunities for our past and present heroes here in our community," said Lori Boody of the Veterans Association of North County.

"People are saying that we want these jobs," said Sal Abrica of Teamsters Local 542. "Well then, let's make them good quality jobs!"

In a statement to News 8, Amazon made it clear that they had not signed a lease with the developer, but are actively exploring locations locally.

This vote by the Oceanside city council made it clear that Amazon's search for a site is still continuing.

“Amazon is constantly exploring new locations and weighing a variety of factors when deciding where to develop future sites to best serve customers. While we haven’t signed a lease for this location, we’re actively exploring options locally. Our commitment with developers is to be a good neighbor, assess how we can invest, create jobs and integrate well into the community." (Xavier Van Chau, company spokesperson)