On Nov. 6, court documents state Jose Valdivia sent Sabrina Rosario "a photo of a handgun displayed in front of several beer cans and a bottle of alcohol." 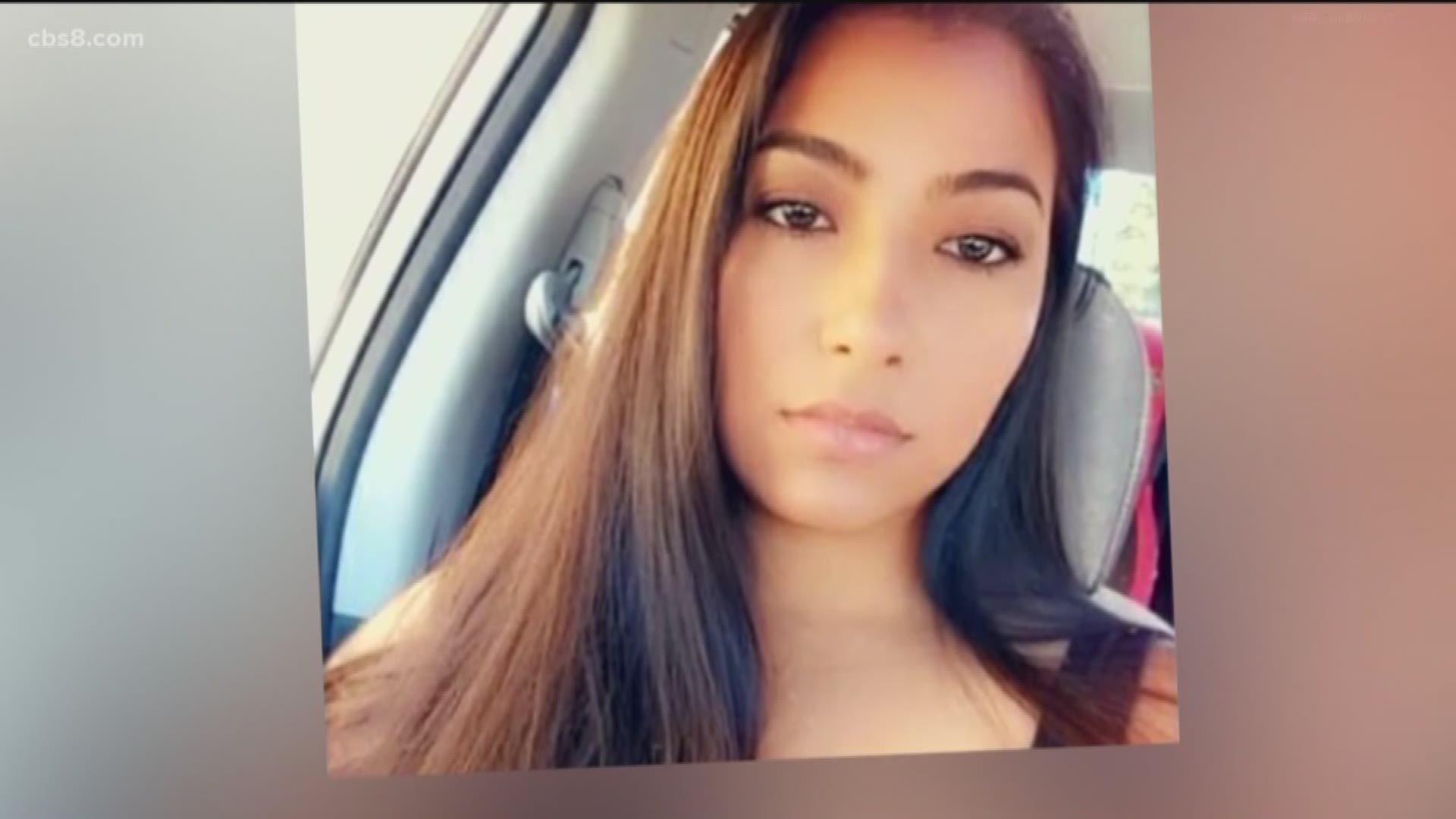 SAN DIEGO — A man who killed his estranged wife and three of his four children in Paradise Hills before turning the gun on himself sent his wife a picture of a handgun with the message "It's sure happening" about two weeks before the shooting, according to court documents obtained Monday.

In the days leading up to Saturday morning's shooting, Jose Valdivia, 31, repeatedly called and texted Sabrina Rosario, 29, who secured a restraining order against him just one day before she and her four sons were shot at their home at 2152 Flintridge Drive.

Rosario was killed along with Enzi Valdivia, 3; Zuriel Valdivia, 5; and Zeth Valdivia, 11.

Court documents show the couple were in the midst of a divorce after being married for about 11 years. The two had separated in December of 2018 and their dissolution of marriage was slated to be finalized next month.

Rosario stated in her petition for a restraining order that since she filed for divorce in June, Valdivia "has consistently harassed and threatened me over the phone and does not leave me alone after I have repeatedly asked him to."

She wrote that he often showed up to her home unannounced and waited outside the house in his car. Sometime in July, she called police after he broke into her home and took his tools.

On Nov. 6, court documents state he sent her "a photo of a handgun displayed in front of several beer cans and a bottle of alcohol with the caption, `It's sure happening."'

“This threat really scared me and I can no longer handle his abuse and harassment,” Rosario wrote in a temporary restraining order request for herself and her children.

Rosario's TRO request said she was seeking the order "because I am afraid that with respondent's unstable behavior and alcohol dependency, respondent will hurt me or our children. I do not feel safe around respondent or having our children in his presence."

“I do not believe our children are safe around [Valdivia] and it is not in the children’s best interest to be around this kind of domestic violence,” she wrote in another portion.

Call and text logs attached to the filing list dozens of phone calls and texts to Rosario's phone between Nov. 8 and Nov. 14.

In one Nov. 8 text message exchange, Valdivia stated that he was outside her home but knew she wasn't there and that her sister was watching the children. He repeatedly asked her to answer the phone.

On Nov. 9, she asked him to "Leave me alone," to which he responded, "I'm not leaving you alone and you know that." She repeated her request and he responded, "I cant n wont."

On Nov. 13, he asked to come by the home and wrote, "You know im not going to ever leave you alone," then asked her to "give me a chance. I'll do anything I (promise). Anything baby. I really love you and need to be with you babe."

He also asked several times in the messages to see his children, though Rosario wrote that she had made attempts "to allow him to see our children, but respondent makes no effort. Respondent does not care about seeing our children, and instead harasses me to get back together with him."

Later she wrote, "he just is fixated on me being with someone else."

San Diego police Chief David Nisleit said Saturday that the shooter's wife had sought a restraining order against her husband around Nov. 1 after officers responded to the home to "preserve the peace" amid an argument about property.

She received a copy of the temporary restraining order she had obtained against her husband on Friday.

"It is still unclear if the restraining order had been legally served, but we do believe the male was aware of it," SDPD Lt. Matt Dobbs said. "It appears the male came to the residence in the morning and an altercation ensued. The male used his gun to shoot his wife and children, before turning the gun on himself."

An argument could be heard by 911 dispatchers when a call came in from the home around 6:40 a.m. Saturday. When police arrived, an officer peered through a back window and saw a child on the ground covered in blood.

A GoFundMe page had raised tens of thousands of dollars as of Monday afternoon to aid the family with burial and medical costs.

The San Diego District Attorney's Office urges anyone facing issues of domestic violence and abuse to call their 24-hour information and help line at 1-888-DVLINKS or visit SanDiegoDA.com to get help from professionals.