Legal filings point the finger at man who was living in Valley Center at the time of the murder. 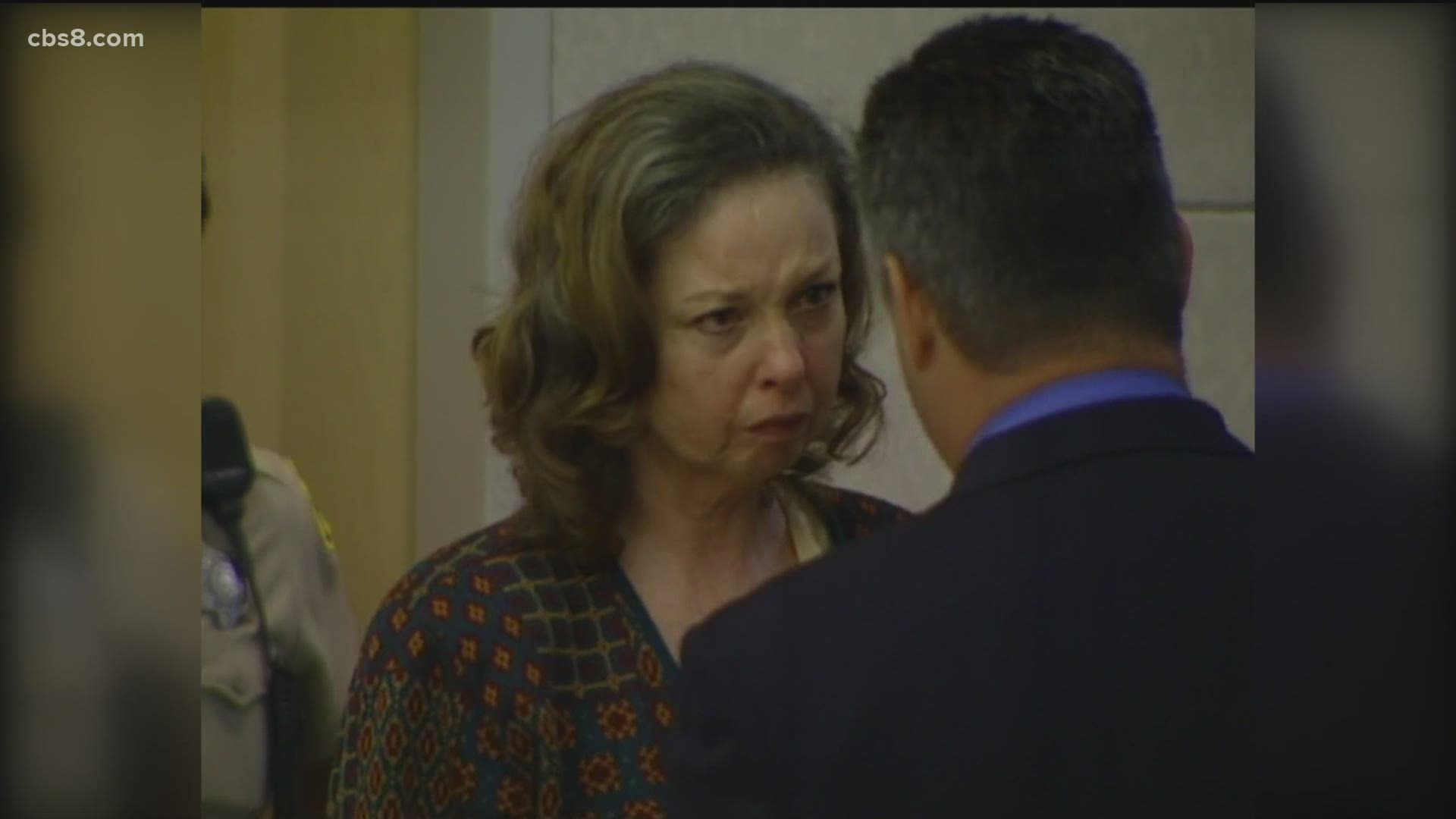 SAN DIEGO — The murder conviction of Jane Dorotik in the death of her husband 20 years ago has been thrown out.  So, if Dorotik did not kill her husband inside their Valley Center home in 2000, who did?

In legal filings, the wife's defense team names a convicted felon who lived nearby.

Dorotik, now age 73, reacted over the weekend to a judge tossing out her murder conviction based on new DNA testing of evidence in the case.

“I'm moving ahead with my life.  I know who I am, and I know that I spent 20 years behind bars for a crime I didn't commit,” Dorotik said Saturday during an interview from Los Angeles, where she currently is living with her sister.

Dorotik always has maintained she did not kill her husband, Robert Dorotik. His body was found in the early morning hours of February 14, 2000 off a private driveway on Woods Valley Road, a couple miles from the couple’s home.

In a motion, Dorotik’s defense attorneys offered an alternate theory of the murder and pointed the finger at a Valley Center resident: an ex-con named Jon Renee “Bubba” Peart.  Peart could not be reached for comment, but a family member told News 8 he’s currently living in Washington.

The defense claims Peart engaged in unprovoked assaults in the same area in the weeks before and after Robert Dorotik's murder, which suggests the husband and father of three was murdered at random while he was jogging and not inside his home.

Attorney Paula Mitchell and her team with the Project for the Innocent at Loyola Law School in Los Angeles worked for years to get Dorotik's conviction overturned.

Congrats to Loyola Project for the Innocent for securing today the release of client Jane Dorotik! The conviction was thrown out after the SD District Attorney’s Office conceded there was new evidence demonstrating she should never have been convicted. https://t.co/11HbuRItKi pic.twitter.com/Rj7Oi9C6Br

Mitchell said the blood found inside the couple's master bedroom was either never tested, or if it was the victim's blood, it could have been deposited in the bedroom from a recent nose bleed.

“There were some issues with the testing for sure.  The jury was told 'this was all blood from your husband, this was all DNA tested.  It’s shown to be your husband's blood.  It's in your bedroom and it's everywhere.'  It just turned out to be completely false,” Mitchell said.

New evidence testing performed by Mitchell’s team showed unidentified DNA under the victim's fingernail and on the rope used to strangle him.

The San Diego County District Attorney’s office wants to perform its own DNA testing to confirm the findings.

The next hearing in the case is set for October 23 at the Vista Courthouse, at which time the District Attorney is expected to announce whether the case will be retried.