The two government organizations are offering up to $5 million for information leading to a former San Diegan's arrest. 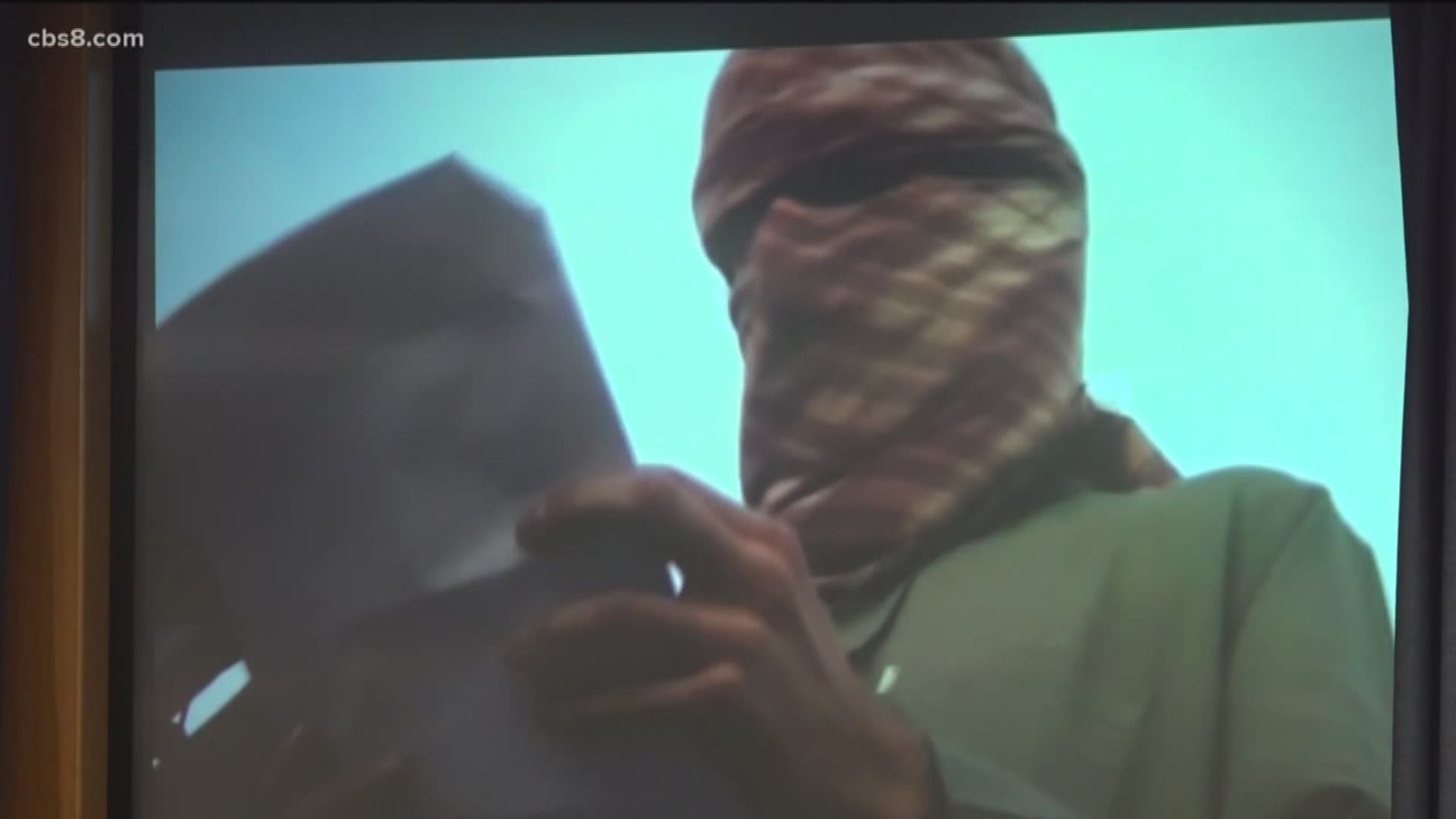 Mostafa is accused of conspiring to provide material support to terrorists. There's a $5 million reward for information leading to his arrest, which the Department of State's Reward Program announced back in March 2013.

"We believe this defendant is the highest ranking U.S. citizen fighting overseas with a terrorist organization," said Brewer.

According to Brunner, Mostafa graduated from Mesa College and then UCSD in Fall 2004.

You can watch the full news conference here, which includes a 2011 video of someone believed to be Mostafa where he praises Osama Bid Laden:

The FBI has been looking for Mostafa for years. However, Monday's updated indictment extends the amount of time that Mostafa is suspected of terrorist activity to 2017.

Brunner believes that Mostafa is likely in Somalia due to his alleged involvement with Al-Shabaab, a violent militia group that backed Al-Queda in 2012. According to Brewer, Al-Shabeeb has claimed responsibility for different attacks that have killed and injured Americans. These include a 2010 attack in Uganda that killed someone working for a San Diego non-profit and a 2013 in Kenya attack that injured a Torrey Pines High School graduate.

The U.S. Attorney's office believes that Mostafa has held leadership positions in the terrorist group since 2009. The U.S. Department of State officially designated the group as a Foreign Terrorist Organization in 2008.

If convicted of all three charges, Mostafa faces up to 55 years in prison.

The FBI says he's also used the following aliases: Emir Anwar, Ahmed Gurey, Anwar al-Amriki, Ahmed, Anwar and Abu Abdullah al-Muhajir. The FBI also says that Mostafa still has family in the San Diego area, but would not say if they're still in touch.

To submit a tip to the FBI, click here.

He is left-handed and has a distinct scar on his left hand.