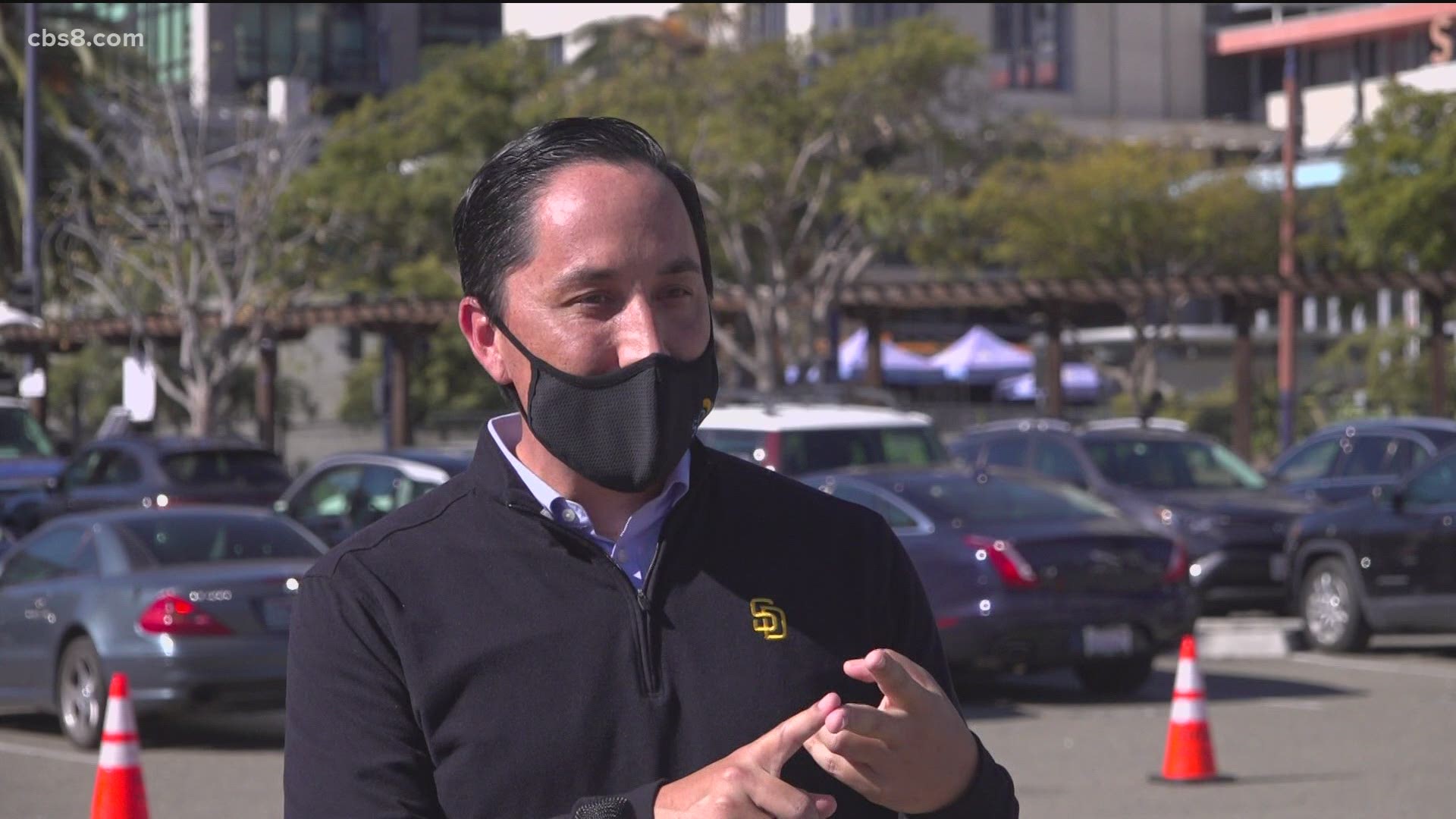 SAN DIEGO — San Diego Mayor Todd Gloria is speaking out about the violent protest that broke out in Pacific Beach on Saturday and said there’s no place for that type of behavior in the city.

The protest in Pacific Beach Saturday became national news and now San Diego Mayor Todd Gloria said he has a message for those who refuse to protest peacefully.

“Stay home. You don’t need to do this. You can just stay home and keep yourself safe. You don’t have to engage in this kind of conduct,” Gloria said.

After a melee broke out during a Pro-Trump protest in Pacific Beach Saturday afternoon, Mayor Gloria spoke candidly about what happened at the Capitol and how that’s reverberating around the country.

“After seeing what happened in Washington on Wednesday, what are you doing out on our streets supporting that mess? Racism, fascism, anti-democracy - why would you choose to be out there?” Gloria said.

“We’re asking for the public’s assistance to help us identify some of those folks who we were not able to identify yesterday to be sure they’re held accountable," said Gloria. "These are people on both sides of the debate.”

San Diego County has become a hot bed for protests. As the political and ideological landscapes began to shift, a Black Lives Matter protest turned violent as looters burned two bank buildings in La Mesa in May last year.

As the election grew closer, several rallies were held in support of President Trump, like the one held in Poway in November.

“If you engage in that behavior, I don’t care what your ideology is, you will be held accountable so don’t act surprised when you are,” Gloria said.

The mayor said he was pleased with the police department’s response in Pacific Beach and believes they are already prepared to control any situation that may arise in the next few weeks. 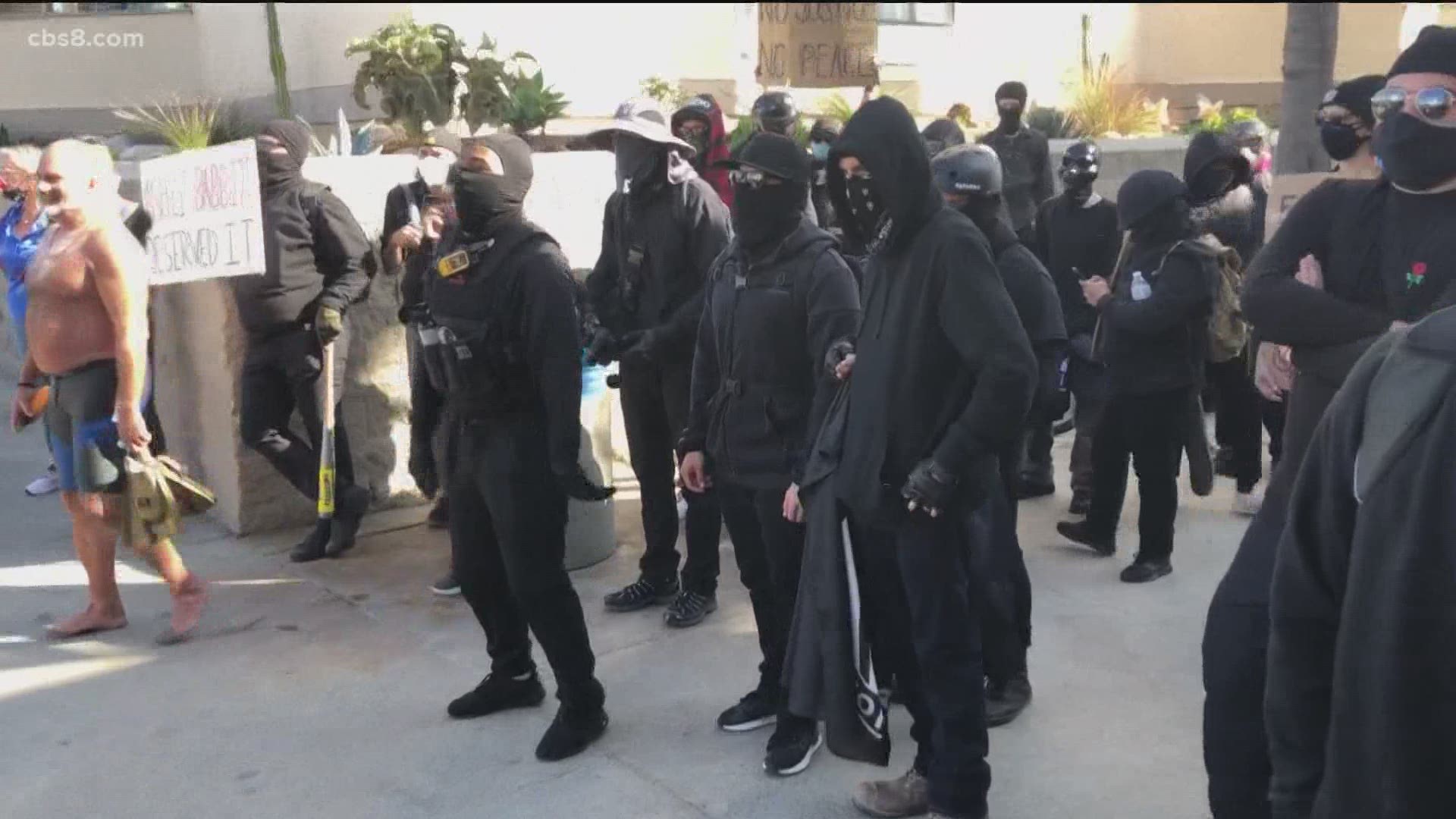