Shortly after 2:30, San Diego Police declared an unlawful assembly due to violent protesters. 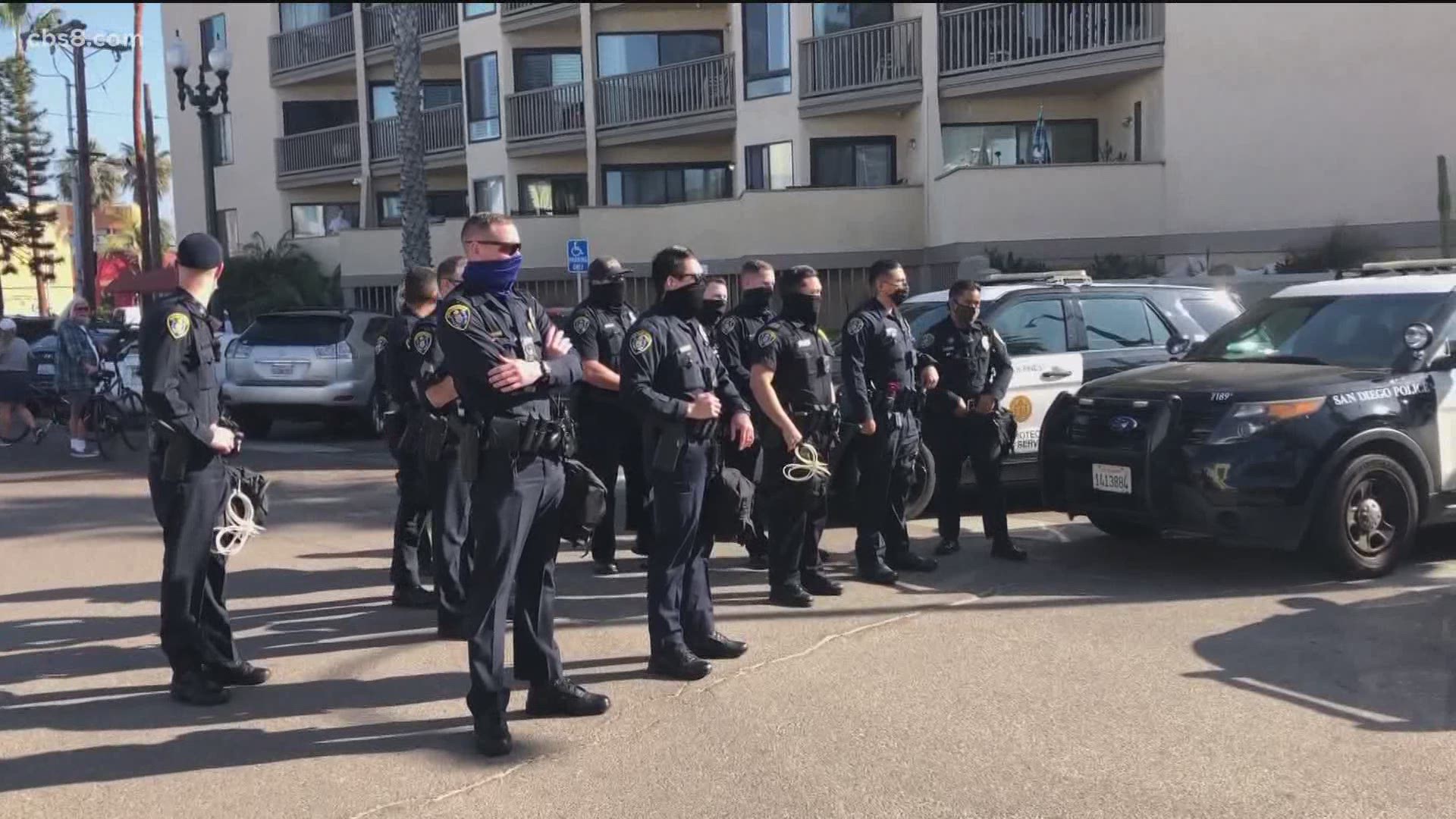 SAN DIEGO — Police broke up a protest this afternoon after they say it turned violent. Pro-trump demonstrators and counter-protesters clashed at Pacific Beach, blocking off a major intersection.

San Diego Police haven’t if or how many people may have been arrested but dozens of people came to the area to express their frustrations after what happened in the nation’s capitol this week.

Those who remain or return against this lawful order may be cited/arrested and risk exposure to chemical agents & less-lethal force applications.

Police say protesters became violent towards one another and blocked the intersection at Hornblend Street and Mission Blvd. Once more police arrived, they began to separate pro-Trump supporters from a group of Black Lives Matters and Antifa protesters.

“Some of them had bats. I’m not really sure why the police let them do so much, but it seemed to work out,” said a local man who happened to be riding by on his bike. 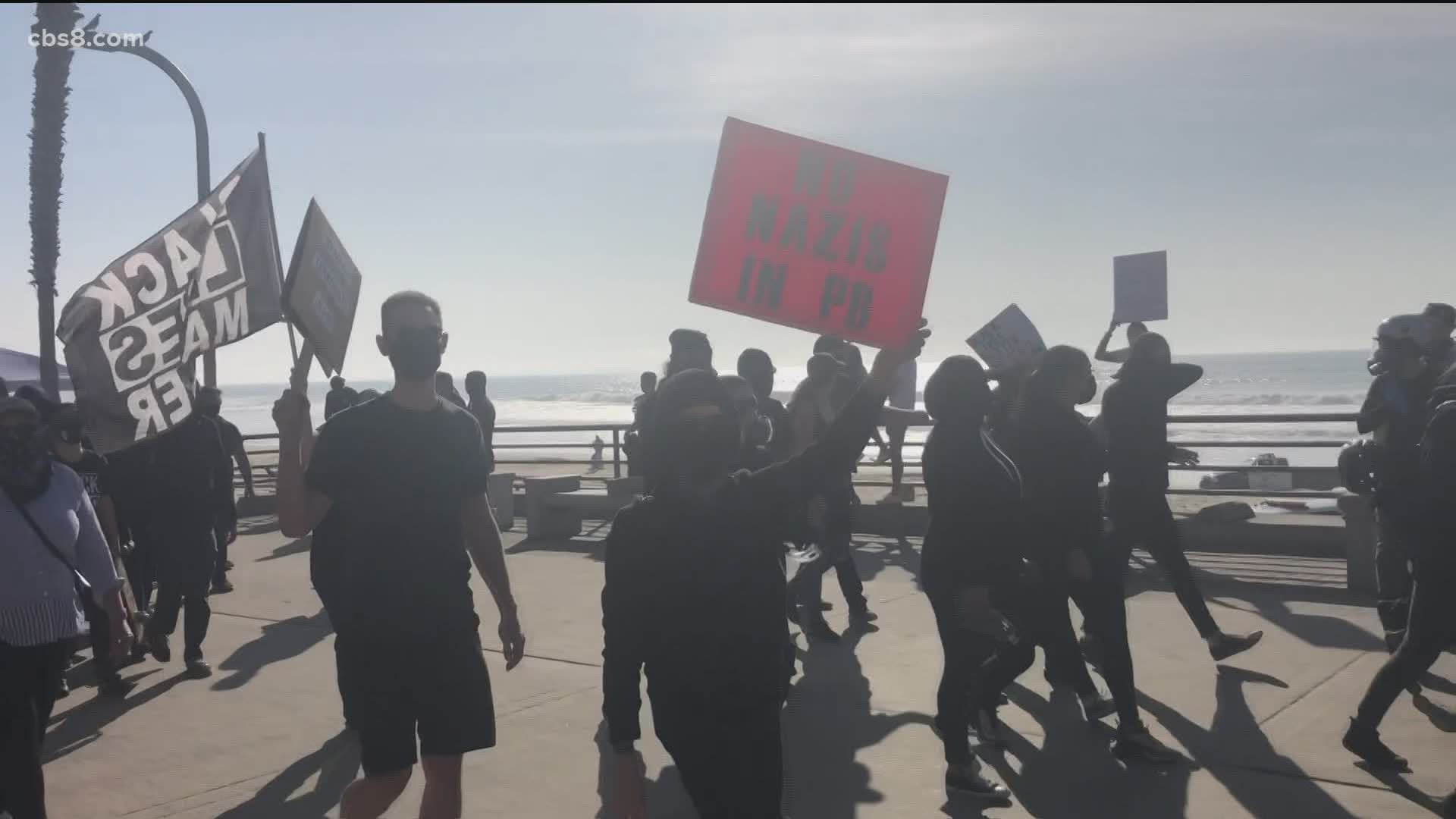 San Diego activist Tasha Williamson is recovering from Coronavirus and was not at the protest but had this to say.

After talking with some community leaders, no one seems to know why Pacific Beach was chosen for this protest today but police made it clear, if you can’t protest peacefully, they won’t allow it.