We've seen pictures and videos of far too many fatal accidents with their origins in illegal street racing, risky stunts, road rage, and what are known as sideshows. 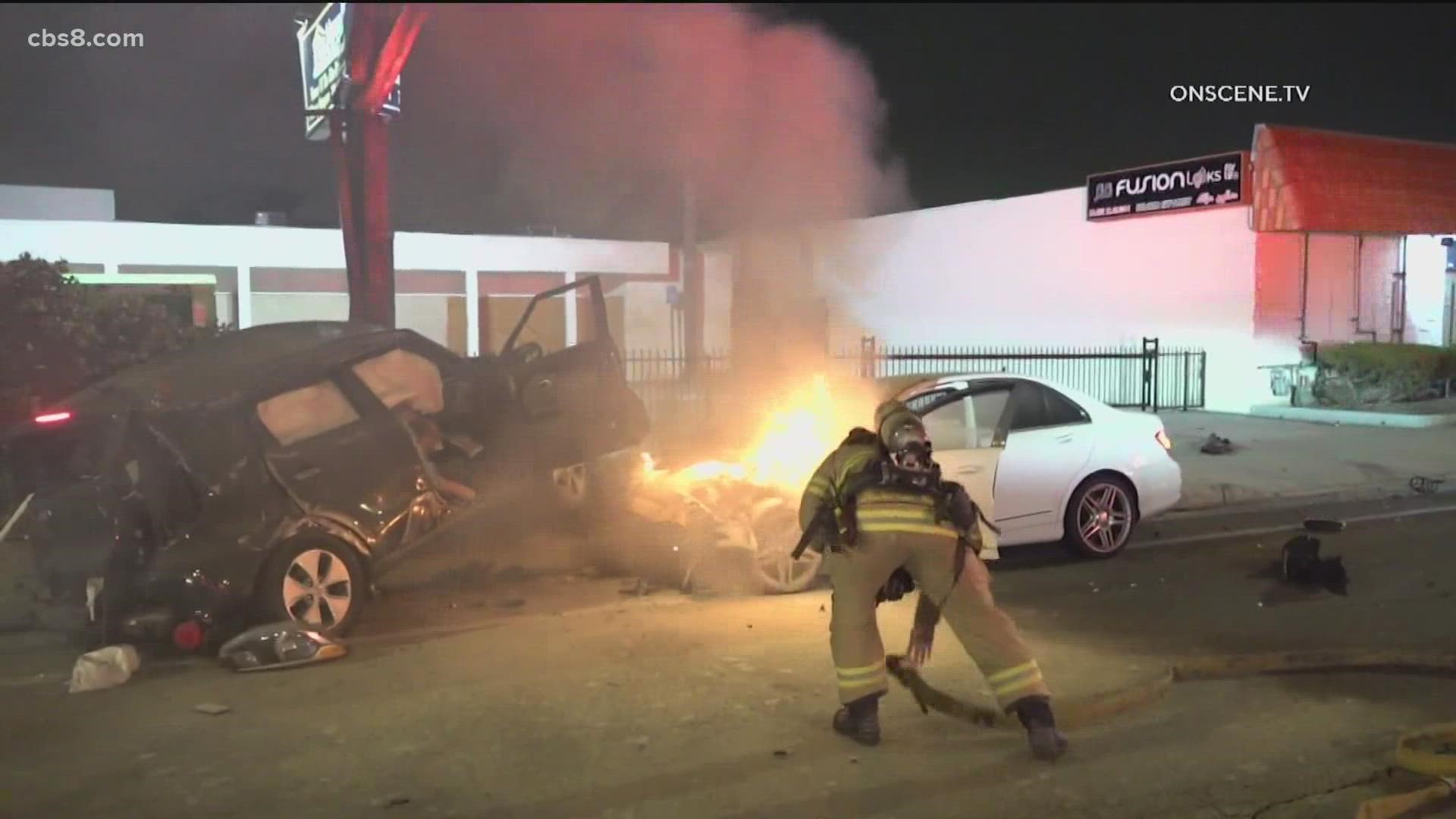 SAN DIEGO COUNTY, Calif. — A crackdown is underway to put an end to street racing in California and all the trouble and heartache that goes with it.

The California Highway Patrol, AAA of Southern California, and a not-for-profit group called Street Racing Kills are joining forces in hopes of stopping this growing problem.

San Diego has seen tragedy after tragedy: a grandmother was killed in Chula Vista in June when a street racer ran a red light; two Grossmont High School students died and two friends were badly hurt in a high-speed crash on Fletcher Parkway last month.

We've seen pictures and videos of far too many fatal accidents with their origins in illegal street racing, risky stunts, road rage, and what's becoming known as sideshows: the reckless high-speed taunting that often occurs when coming off a stoplight or onto a straightaway.

A surveillance camera caught one moment of disaster, a car t-boned when going through an intersection two years ago in Willowbrook. The victim was a young mother named Bethany Holguin.

Her aunt is Lori Argumedo, now a director of Street Racing Kills.

"Our family had to bury a 23-year-old," said Lori. "Bethany has a little girl that's 6 that will grow up without her mother."

"She was growing so fast and being so happy we never thought we'd be touched with such a tragedy in our lives," said Lili. "I never thought I'd be one of those mothers that would lose a child."

The worst times for street racing are after dark and on weekends.

CHP Public Information Officer Salvado Castro told News 8, "Sideshows and street racing usually occur at night; a lot of it during the weekend all day. Sundays, we get a lot of calls, not only for cars but also for motorcycles."

34th District California assemblyman Vince Fong has a bill awaiting the governor's signature, which would suspend the licenses of those not behind the wheel as well: the spectators, the crowd watching the dangerous antics.

"If there's a consequence of losing your license, hopefully, that will deter individuals from participating in sideshows to begin with," said Fong.

AAA’s Doug Shupe added, "It's not only illegal, which could result in fines and penalties, but the ultimate price you could pay would be to cause someone to lose their life and forever change a family."

Fong's bill is on Governor Gavin Newsom's desk. He has until Oct. 10 to sign it.