One killed after overnight shooting in Gaslamp Quarter

The fatal shooting was reported about 1:55 a.m. near Fifth and Island avenues. 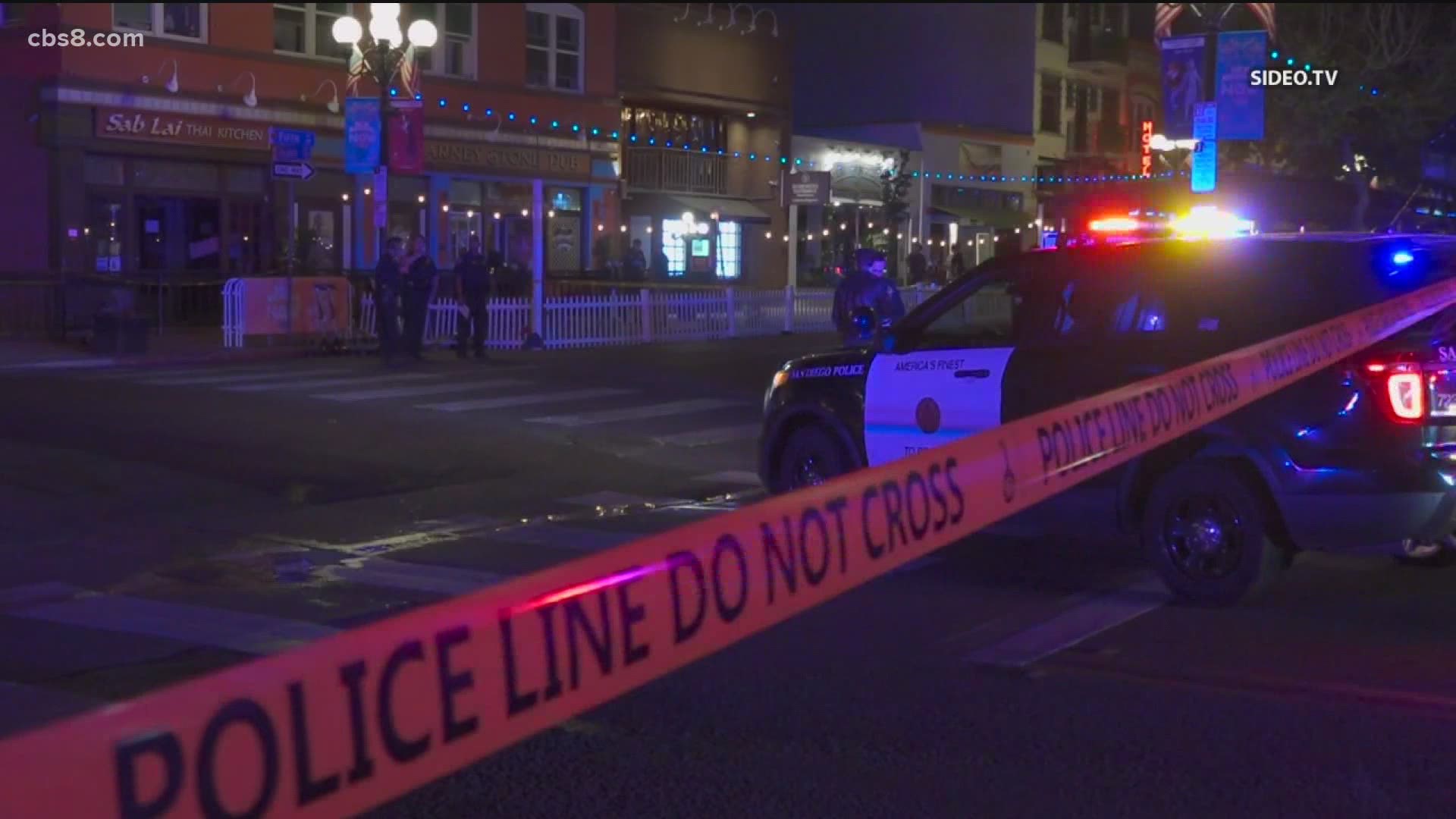 SAN DIEGO — A man was shot and killed early Monday morning in the Gaslamp Quarter, and two people were taken into custody following a separate non-injury shooting that occurred minutes earlier a few blocks away, police said.

Officers arrived to find several people providing aid to a man on the sidewalk who had suffered at least one gunshot wound to his upper body, Velovich said.

The victim, who was pronounced dead at a hospital, remained unidentified late this morning, but he was believed to be in his late 20s.

Investigators determined that prior to the shooting, two groups had gotten into a verbal altercation that escalated into a physical fight, Velovich said.

During the fight, someone pulled out a handgun and fired several gunshots, striking the victim at least once in the upper body, she said. The gunman then got into a four-door sedan with at least two other people and fled the scene.

A detailed description of the gunman was not immediately available.

About 10 minutes prior to the fatal shooting, a separate shooting happened near the intersection of Seventh Avenue and Market Street, Officer Sarah Foster said. Patrol officers in the area heard gunshots and pursued a suspect vehicle a short distance before the driver pulled over, the officer said.

No one was struck by the gunfire, but a man and a woman were taken into custody in connection with that shooting, Foster said. Their names were not immediately released.