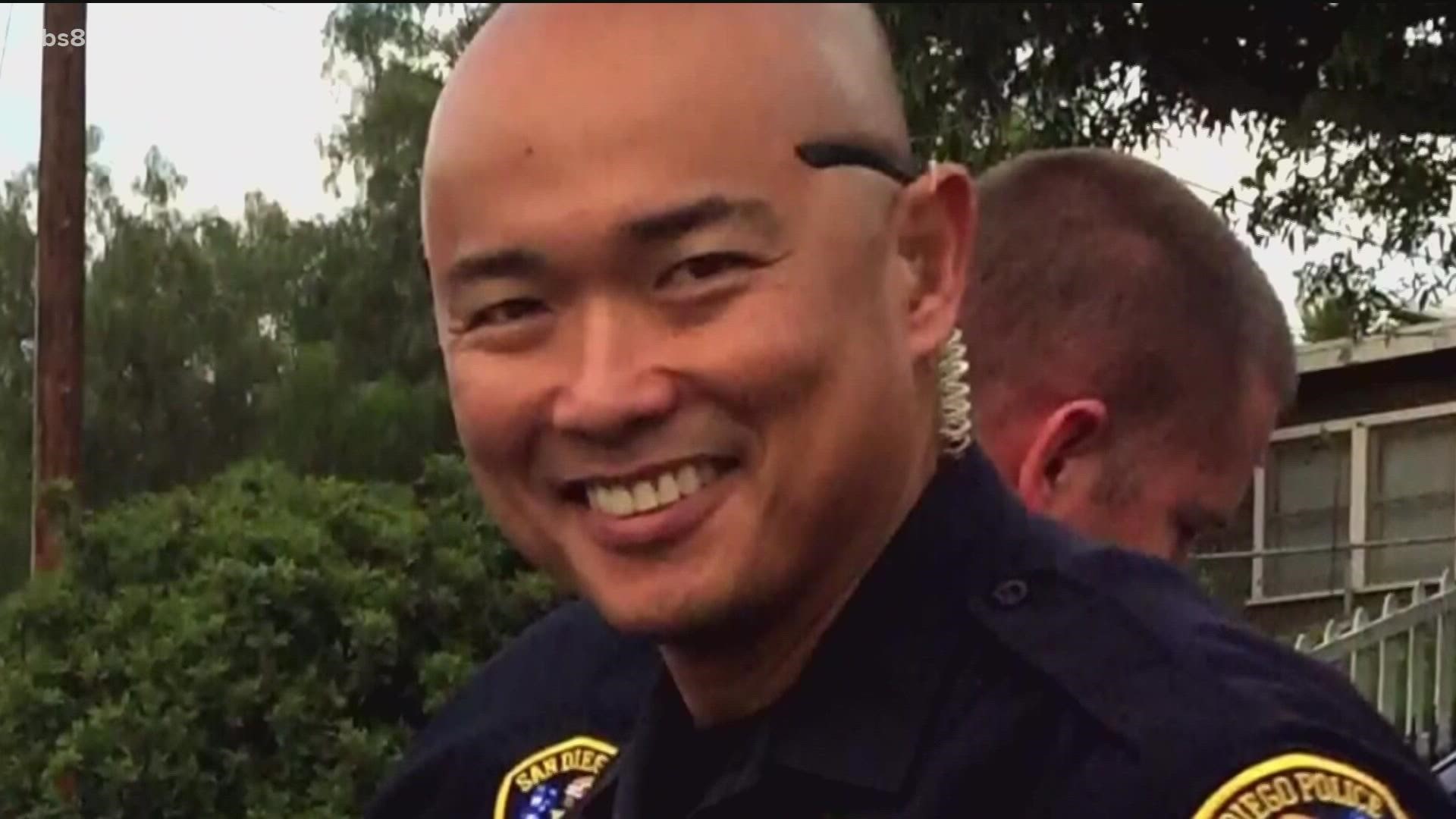 "I miss my husband so much. It's been five years, but it's been really hard," said Jonathan De Guzman's widow. "I've been holding myself up because of my two kids."

After her testimony ended, she stepped down from the witness stand, and Gomez said, "I'm truly sorry Ms. De Guzman from the bottom of my heart."

"I remember the helpless feeling I had that I couldn't help JD," said Irwin. "I knew I was critically injured. I couldn't give him aid. My last memory I have to live with every day of my life is watching the defendant walk up to the car and execute him. I had to sit there and hear him moan in pain and there was nothing I could do."

The penalty phase started September 16. The jury must decide whether Gomez should face the death penalty or life in prison without the possibility of parole.

Last week, prosecutors laid out their case during opening statements. They painted a picture of Gomez as a man with a violent past who time and time again chose violence. Among the witnesses who took the stand was a cab driver who said Gomez attacked him with a cane back in 1983.

However, Gomez's defense attorney told the jury Gomez is someone who was brought up in a physically abusive household. He was addicted to drugs and alcohol before he was old enough to drive. He suffered many losses in his life including the loss of his mother and 1-year-old nephew in a crash in 2013. He said Gomez made many mistakes, but he doesn't deserve to die.

In addition to murder, jurors also convicted Gomez of the attempted murder of Officer Irwin, as well as a count of being a felon in possession of a firearm.

Prosecutors say the officers were patrolling Acacia Grove Way just before 11 p.m. when they spotted Gomez and another man split up and start walking along the north and south sidewalks of the street. Irwin testified that after they followed Gomez at slow speeds in their patrol car, he got out of the vehicle and asked Gomez something to the effect of "Do you live in the area?"

He testified that he only recognized that a car with its fog lights on was following him, but said he found the manner in which it was traveling "pretty suspicious."

After the car stopped, Gomez testified that the headlights turned on, obscuring his vision, and a man got out and asked him, "Where are you from?" According to Gomez, that question is a common gang challenge, which in his experience growing up in Shelltown means a violent encounter is soon to follow.

He testified that, fearing for his life, he opened fire on the "silhouette" of the man who posed the question, as well as the car. When asked to describe what was running through his mind at the time, he said, "I thought gang members were going to shoot and kill me."

Irwin testified that Gomez faced him with an "angry, hateful look on his face," then "immediately" raised his hand and shot him in the throat, before walking toward the police car and firing multiple times on De Guzman.

Prosecutors allege Gomez, who had prior run-ins with the law and was illegally carrying a firearm when he was contacted, shot the officers because he was not going to risk going to jail again.

A blood trail from the shooting scene led police to an unconscious Gomez, who was taken into custody in a ravine off South 38th Street, a short distance from the scene, and hospitalized with a gunshot wound to his upper body.

RELATED: Jury reaches guilty verdict in trial of man charged with murder in the death of SDPD officer

WATCH: Emotional testimony continues in the penalty phase of the trial against Jesse Gomez