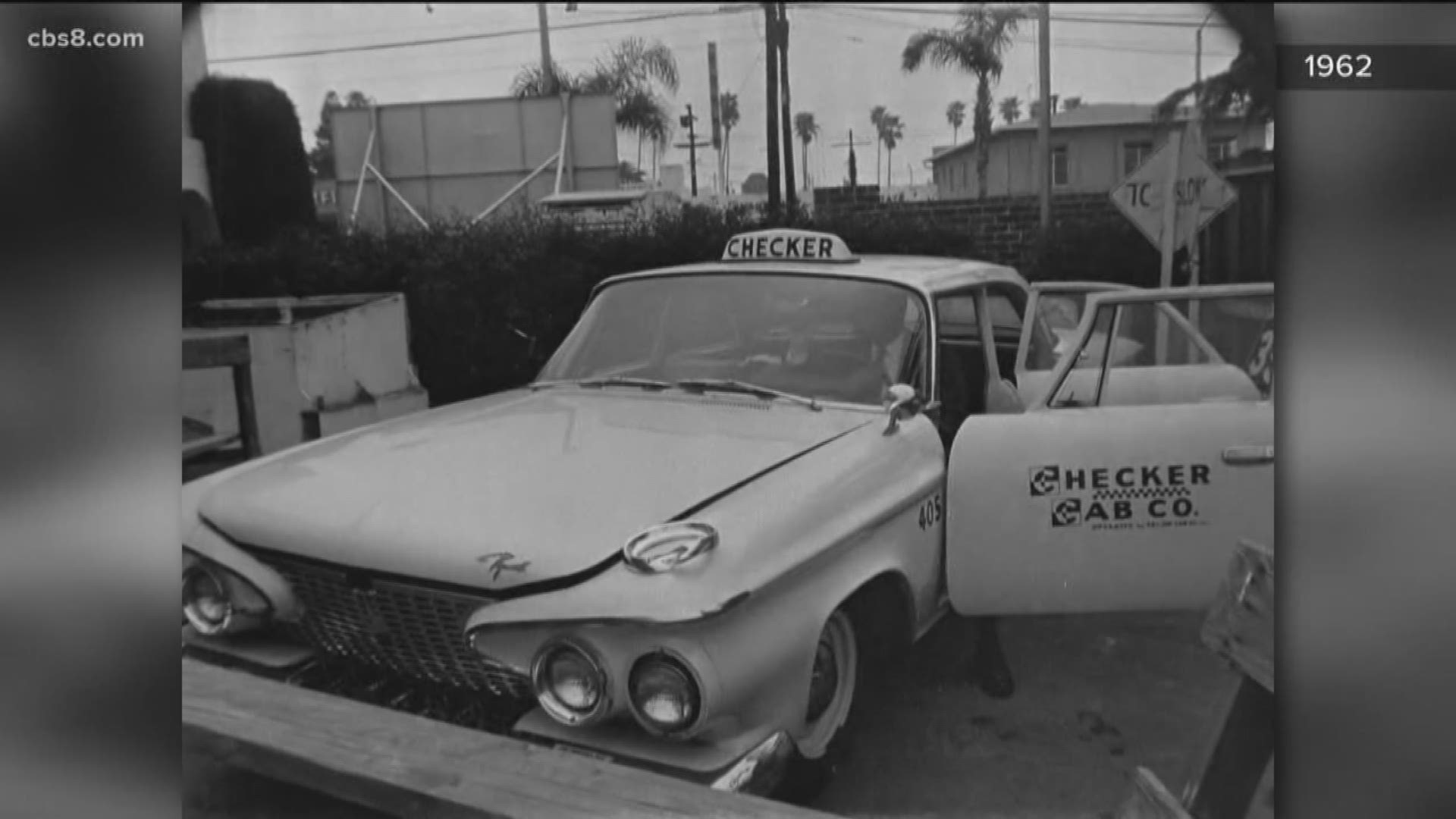 OCEANSIDE, Calif. — Police confirm they are "looking into” claims by an Oceanside historian who believes a cold-case murder in San Diego's North County could have been committed by the infamous – and still unidentified – serial killer known as the Zodiac Killer. Tom Bussey, a spokesperson with the Oceanside Police Department, said the department is looking at the findings of Kristi Hawthorne in regards to the 1962 case.

Hawthorne presented her case to Oceanside police saying she believes the case is a match to the Zodiac Killer’s profile. Bussey said Oceanside cold-case investigator Silvia O'Brien has been given the case to look into.

The victim in the case, 29-year-old Ray Davis, moved to Oceanside from Michigan with his brother in January 1962 after separating from his wife. Davis worked as a cab driver.

RELATED: Is Ted Bundy linked to a 60-year-old disappearance? A podcast looks back

According to Hawthorne, Davis lived on South Tremont Street near downtown Oceanside at the time of his death on April 10, 1962. She wrote about the case on her website and said OPD received an ominous call a day before the murder. The anonymous caller telephoned the department again after Davis’s body was found, according to 1962 newspaper reports. In the second call, the person took credit for killing a cab driver and said a bus driver would be next.

In her writing, Hawthorne lays out evidence that she said could point to the Zodiac Killer as the perpetrator. She cites the .22 caliber long ammunition reportedly used in Davis’s death.  The Zodiac used the same ammo in the 1968 murder of a teenage couple in Solano County.  In 1963, a gunman used .22 long ammo to kill a teenage couple on the beach in Santa Barbara County.

Phone calls taunting authorities were also a hallmark of the Zodiac. In 1969, a cab driver was killed in San Francisco and police were contacted by someone taking credit and threatening to target a bus full of children.

More information about Davis’s murder can be found on ZodiacKiller.com - a website that claims to be the largest source of Zodiac information. The site lists Davis as a “possible Zodiac victim.”

News 8's 1962 footage from the day Davis was murdered appears below along with the script from our archives.