According to the National City Police Department, a suspect shot at an officer, who was unharmed. Multiple agencies are searching for the suspect. 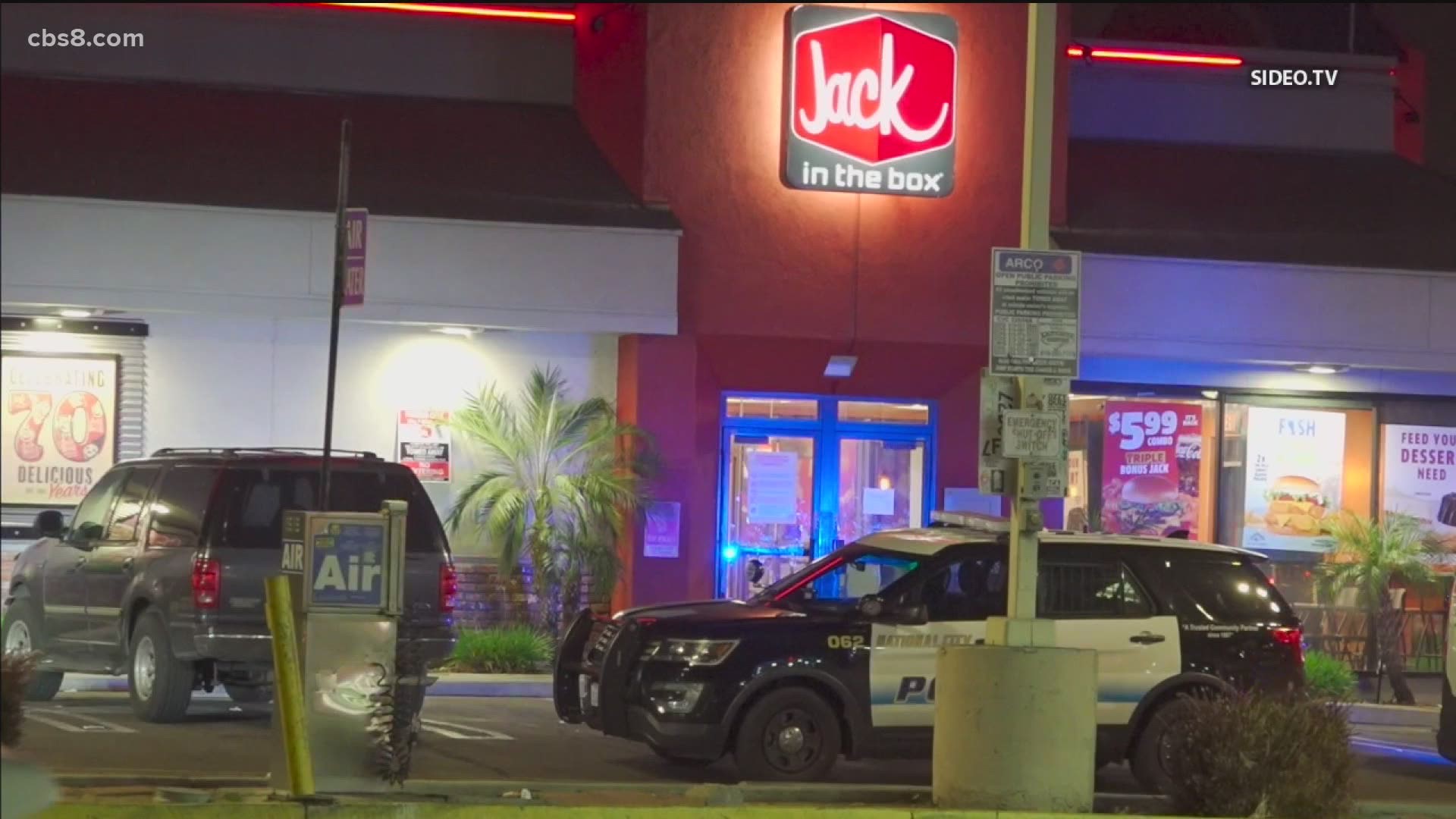 SAN DIEGO COUNTY, Calif. — Police were searching Monday for a suspect in connection with a shooting incident in which a National City officer was fired upon but unharmed. Police reported that Christopher Marquez, 36, is the suspect. Marquez has active felony warrants and should be considered armed and dangerous, according to police. Police described Marquez was 5’8” tall and 190 pounds.

The incident was reported shortly before 3 a.m. at 7th Street and Roosevelt Avenue. According to the San Diego Sheriff's Department, a suspect shot at an officer. Multiple law-enforcement agencies were on scene to help National City police.

When officers arrived on scene, they located a stolen white Honda Civic at the Jack in the Box parking lot drive-through. Officers locked down the restaurant, and initiated a vehicle stop, said Capt. Alex Hernandez of the National City Police Department.

During the stop, the driver and front passenger were complying with the officer’s commands, but a male passenger in the back seat of the car ran. Two officers gave chase after the male, who ran onto the on-ramp of E. 7th Street for northbound Interstate 5.

According to police, the suspect turned toward the officers and fired multiple gunshots at the officers. Both officers returned fire and the suspect continued to run westbound across the freeway. Police said it is unclear if the suspect was struck or is injured. The two officers involved were not injured.

Officers were continuing the search for the suspect Monday night. Additional officers from neighboring jurisdictions responded to assist with the search.

Marquez also is wanted for allegedly opening fire on a bounty hunter trying to take him into custody last month, Lt. David Bavencoff said. The victim of the March 15 firearm assault in Chula Vista was treated for non-life-threatening bullet wounds.

Anyone with information is being asked to please call the National City Police Department at 619-336-4411.